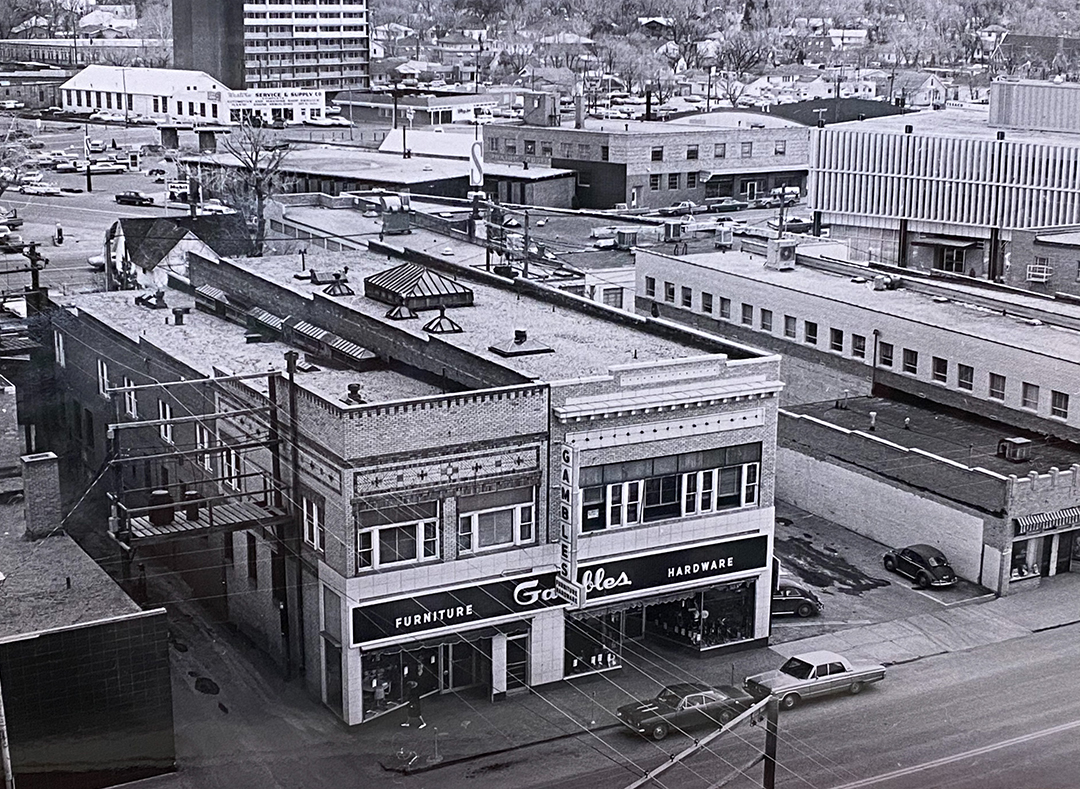 Two buildings on the 225 South Center Street are seen months before they were demolished to make way for the Casper Parking Garage in 1970. (Casper College Western History Center)

CASPER, Wyo. — It seemed like a good problem to have, in a way.

In 1970, Casper was still booming, and downtown was still busy. In spite of the sprawl east and south of town where new shopping and housing developments were popping up seemingly every day, Casper’s core still remained the center of business and commerce. During the previous decade, a number of multi-story modern office buildings had sprung up, bringing in hundreds of workers each day. Their cars had to go somewhere, and by the late 1960s the city decided they should go on a plot of land at 225 S. Center St.

The Gambles furniture and hardware store had combined two 1920s-era brick buildings into one large establishment. As they planned to move, the city decided to purchase their lease and properties.

According to a Casper Star-Tribune article published on Feb. 5, 1970, the city paid a cool $66,000 to building owner Adrelia Hill and started negotiating with area banks for revenue bonds that would cover the roughly $150,000 needed to buy the land and pay for the demolition.

Demolition commenced right at the start of that November, which took several days and closed off street parking for some time.

Unfortunately, it would be a decade before the parking structure would finally come to fruition.

Construction started in May 1979, after several delays due to weather, budget and engineering issues that needed to be overcome.

A public dedication was held on Oct. 14, 1980, for the $2 million, 470-stall building. The building officially opened earlier, but was quickly vandalized, suffering broken windows and spray painting, according to a Casper Star-Tribune article.