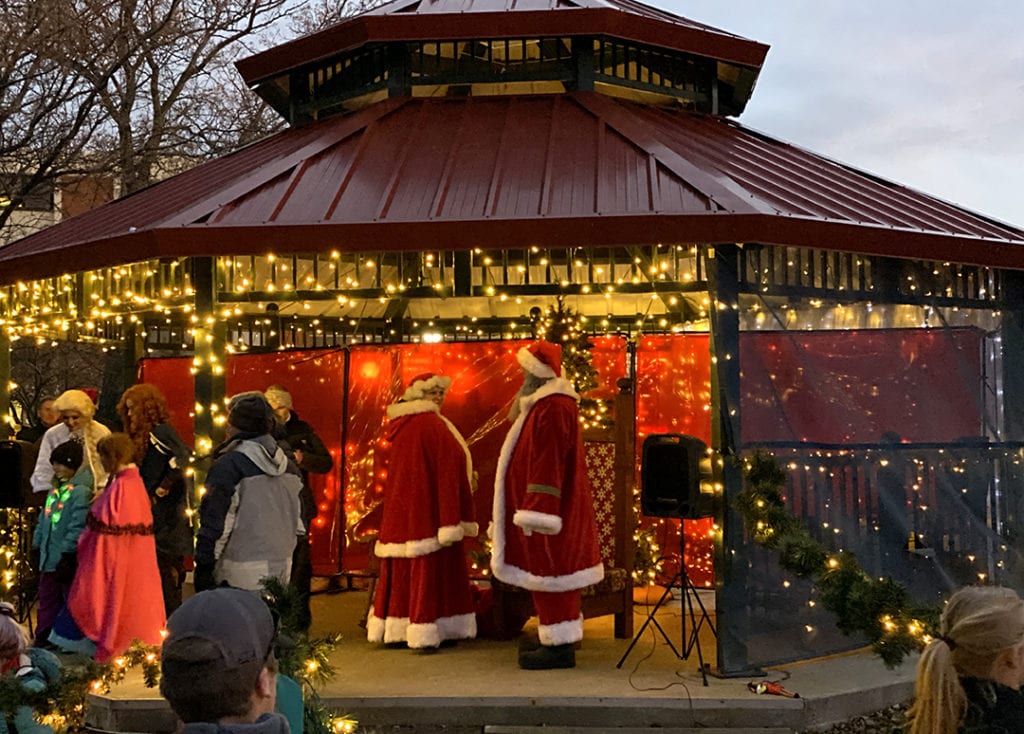 CASPER, Wyo. — Both Santa and Mrs. Claus are expected to be in attendance at the 25th annual Holiday Square lighting at the Healing Park on Conwell across from the Wyoming Medical Center in central Casper.

Mr. and Mrs. Claus will be at the lighting event when the one-hour countdown starts at 4 p.m. until the lights turn on at around 5 p.m. Sunday, Nov. 20.

City of Casper staff started setting up in October for the 25th anniversary lighting at the Healing Park on Conwell. The tradition started with 11 trees being lit with a generator in 1998 and has evolved into a light show of as many as 70 trees accompanied by music, the city said in a press release Thursday.

“It’s a lot of work and stress every year, but it’s worth it to bring holiday cheer to Casper,” Jim Gerhart, a Casper Parks supervisor who has been involved in the Holiday Square lighting since it began, said.

The lighting show is happening despite damage to a structure containing an electrical box serving the park due to a fire in August. City staff, Wyatt Electric, Fuller Construction and Rocky Mountain Power were able to ensure the park can be lit up this year, the press release said.

“We had a few electrical issues, but this is such an important project for the City that there was no way we weren’t going to light up the park,” Mark Brattis, coordinator of the event, said.

There will not be a Reindeer Relay 5K run this year, the press release noted.

The City of Casper received donations to support things like lights, technology, cookies and cocoa for the event, the release said. Sponsors include:

The City of Casper accepts donations and sponsorships to help fund the tradition, according to its website.

The park is located at 120 S. Conwell St. between 1st and 2nd Streets, just across from Banner Wyoming Medical Center.