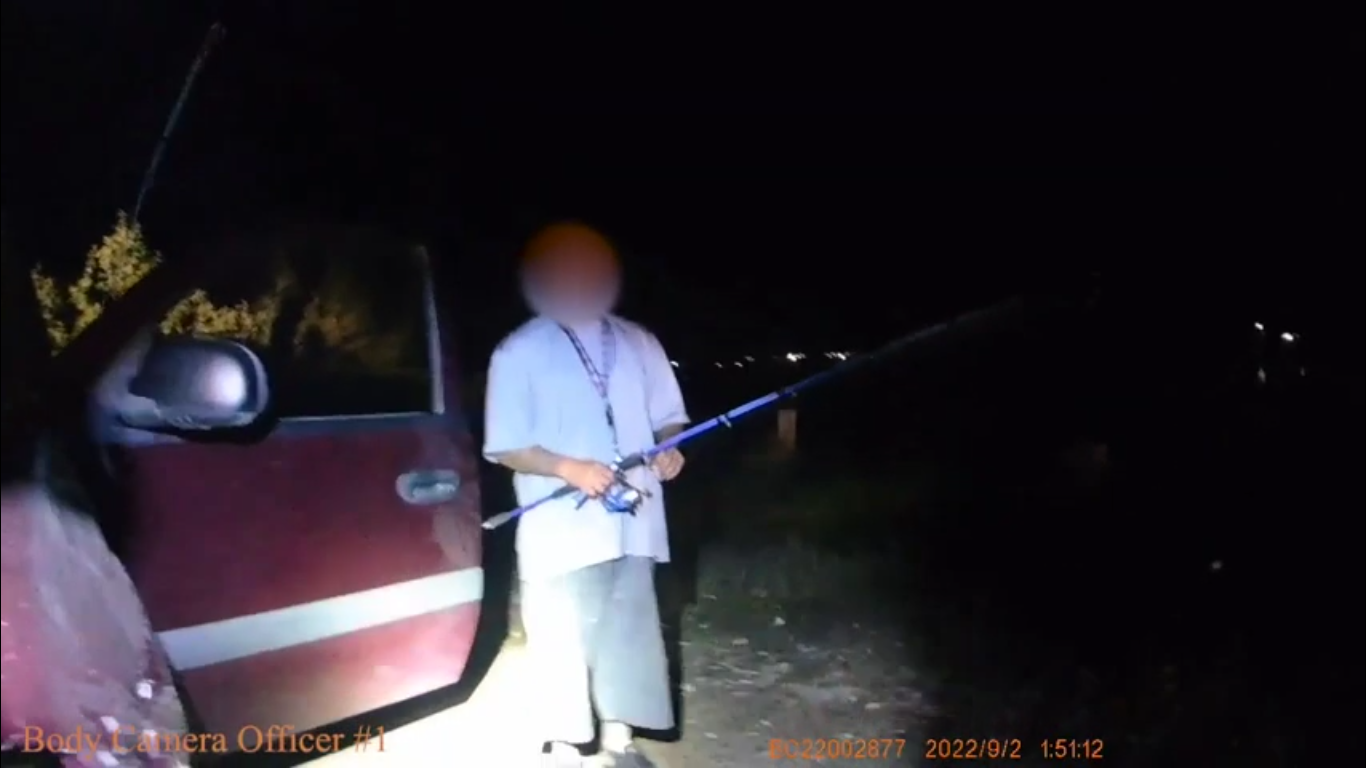 Corey Garriott, who was found with an active warrant while fishing in the early morning hours of Sept. 2 at Lake McKenzie Dog Park died after being shot by officers, according to the Casper Police Department. (Screenshot via Casper Police, YouTube)

CASPER, Wyo. — On Friday, the Casper Police Department released body camera footage related to a Sept. 2 officer-involved shooting near Lake McKenzie Dog Park that led to the death of a suspect.

Corey Garriott was fishing at the lake in the early morning hours on Sept. 2 when officers on a routine patrol approached him due to the park being closed, according to Casper PD. During the interaction, Garriott was discovered to have an active warrant.

Natrona County District Attorney Dan Itzen has found both officers were justified in their actions, according to the Casper PD.

The body cam footage of the incident can be reviewed via the Casper Police Department’s YouTube channel: