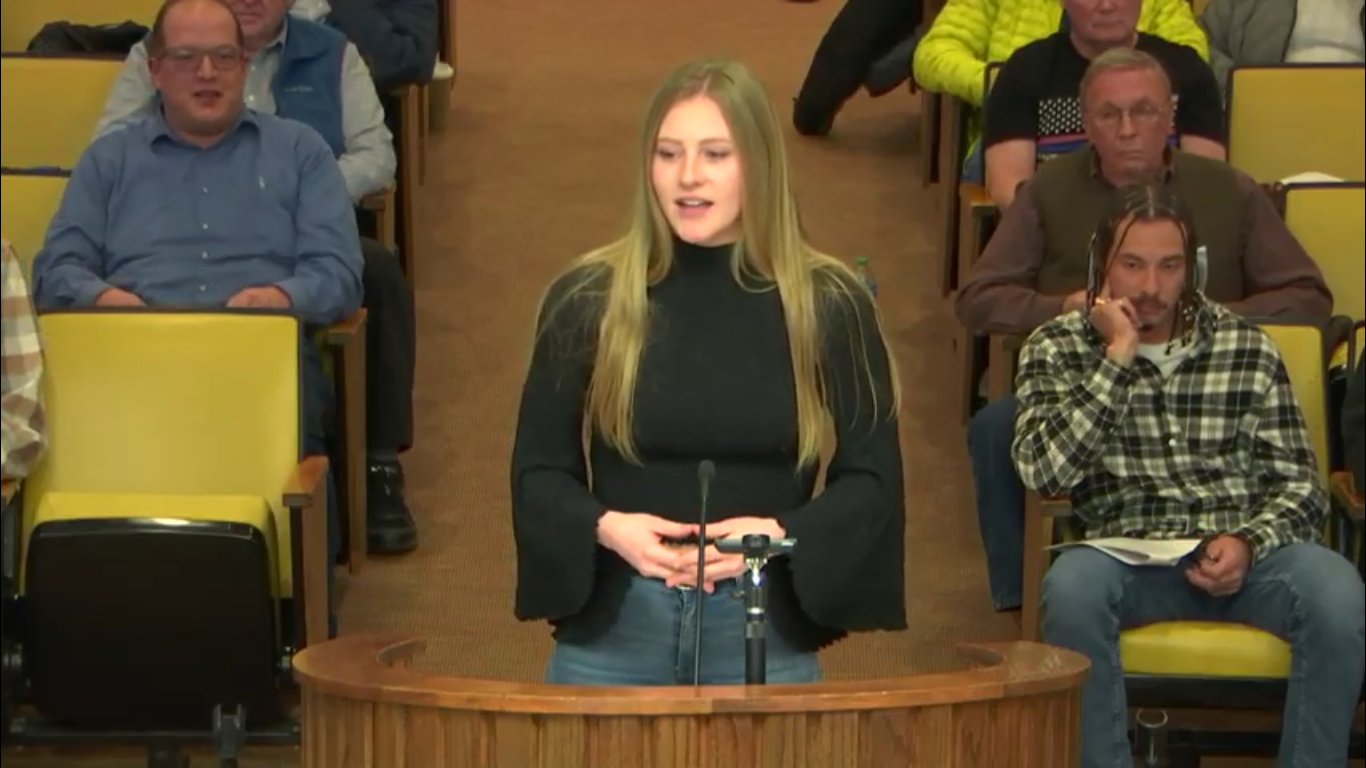 Sierra Schmidt, one of the new owners of the Yellowstone Garage, spoke at the City Council meeting on Tuesday. (Screenshot via City of Casper, YouTube)

CASPER, Wyo. — On Tuesday, the Casper City Council voted 8–0 to authorize the transfer of ownership of the retail liquor license associated with the Yellowstone Garage Bar, Grill and Venue. Councilmember Amber Pollock abstained from the vote.

On Dec. 2, the Yellowstone Garage announced its new owners as Sierra Schmidt and Bryce Harvey. The business at 355 W. Yellowstone Highway was formerly owned by John Huff. Huff told the City Council on Tuesday that he supports the ownership license transfer.

Schmidt said she thinks the Old Yellowstone District is a special place in Casper and she has communicated with Huff about what the area needs.

“This is just a piece of that downtown area and that historic area downtown that we cannot lose and is really a catalyst for moving that forward and developing that progression for that Yellowstone District,” she said.

Rep. Pat Sweeney also spoke in favor of the liquor license transfer during the council meeting.

The City Council’s approval on Tuesday allows for the transfer of the Yellowstone Garage’s retail liquor license from Charger Holdings LLC to 307 Repair Inc., according to a memo from city staff.

The license will continue to have restrictions limiting its use to the 355 W. Yellowstone Highway address, meaning it cannot be transferred for use at any other location, according to the city staff memo. The license can be transferred to new owners provided it continues to be used at the same address.

The staff memo explaining the liquor license transfer request is available below: