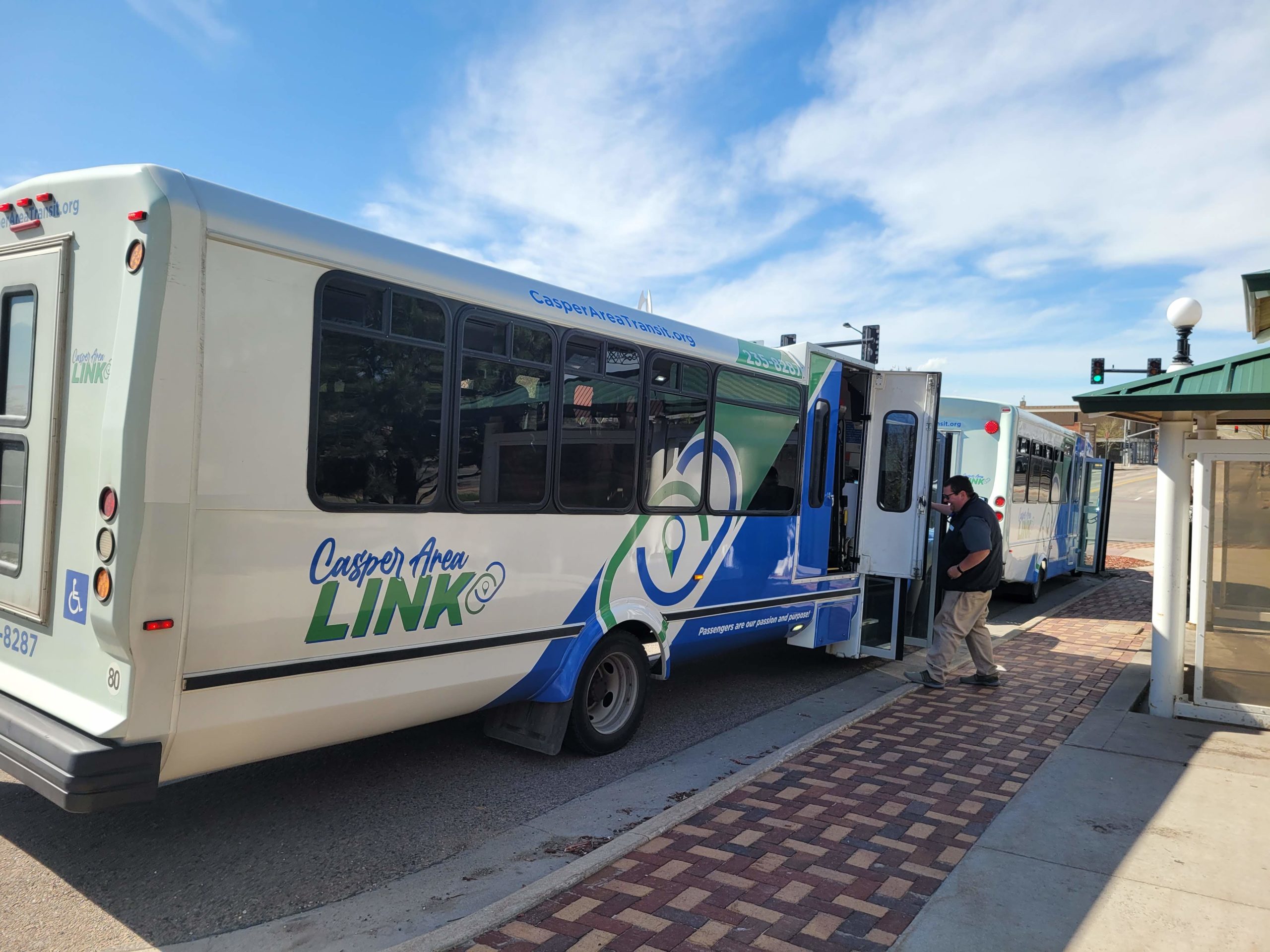 CASPER, Wyo. — On Tuesday, the Casper City Council unanimously voted in favor of the City of Casper’s participation in a contract with HDR Engineering, Inc. for a study looking at the electrification of the Casper Area Transit bus fleet.

Over 90% of the total contract cost will be covered by federal dollars, with local governments sharing the remaining costs of the Casper Area Metropolitan Planning Organization–coordinated study. The City of Casper’s share will be $6,969.91.

Councilmember Lisa Engebretsen and Vice Mayor Bruce Knell initially said they would vote against approving the spending for the electrification study. However, after learning that refusal to participate in the study could possibly jeopardize Federal Transit Administration grants the community relies on for bus service, both Engebretsen and Knell decided to vote in favor of the spending along with the rest of the Council.

Before City Manager Carter Napier clarified that participation in the study may be a requirement if the Casper area is to continue getting help from the federal government in operating a public transit system, Engebretsen said her opposition stemmed from thinking the electrification of the Casper Area Transit bus fleet is not ready to happen.

“Casper is known as the Oil City for a reason,” Enbgebretsen said. “We are energy dependent and that is still what pays our bills here and it’s what puts money in the city’s coffers. This is how the bulk of us make our living either directly or indirectly.

“The main reason I’m against this is simply because I feel like this is extremely premature. Our infrastructure is nowhere near where it needs to be to even start this process. We will be lucky to be even closer in five years.”

Knell initially said he “wholeheartedly” agreed with Engebretsen, though his comments communicated different positions at different points in Tuesday’s discussion.

“I’m not opposed, per se,” Knell said after some comments from Councilmembers Kyle Gamroth and Amber Pollock. “My business is 96% oil and gas and so I’m always opposed any time I hear the word “electric”. I guess for me what I’d like to see is a study or what the MPO went through because we’ve never had a chance to vet it as a council and does it really save us money?”

Pollock said the study would answer questions about things like what it would cost for Casper’s bus fleet to electrify and how long that could take. Napier noted that the findings of the study don’t obligate the city to any particular course of action — even if the study provides strong evidence that electrification of the buses is cost effective, the City Council wouldn’t automatically be forced to undertake the bus fleet conversion.

Gamroth said he thinks the study makes sense given that the bulk of the money to pay for it is coming from the federal government.

“I think that a 9–1 match is pretty generous and I think the risk does not outweigh the benefit,” he said.

While some have appeared to oppose anything that resembles a move toward alternative or renewable energy sources on ideological grounds, Gamroth said his take on it is not grounded in an ideology.

“I don’t think an ideological opposition to this bill is strong,” he said. “I heard the same sort of critiques of the wind blade disposal program at the landfill — it was strictly ideological. I’m not somebody to get tribalistic about what side of the fence you need to be on or what team you need to be playing for — I play on team Casper and so whatever is best for the City of Casper is all I’m interested in.

“If $7,000 can reveal to us opportunities to make our transit system more efficient and to save us money, I think it’s a small price to pay to glean some of that information.”

Pollock and Gamroth both said that the Casper Area MPO had already vetted the need for the study.

While Napier said voting down the study could jeopardize the access to federal money supporting public transit, he said the City Council had the option to do whatever it wanted — approve, table or reject the study. If the council were to choose to table the matter, it could direct staff to do more research on the question of whether participation in the study is indeed being mandated by the FTA. Pollock, who is the City Council’s liaison to the Casper Area MPO, said it is her understanding that the study is more of an obligation than an option if the city wants to keep operating buses with help from federal money.

Councilmember Steve Cathey summarized what he took away from Napier’s and Pollock’s comments during the meeting.

“In essence, we are being held hostage by the federal government that if we want to keep on getting federal funds to run the bus, we better do this study,” he said.

After Cathey’s comments, Knell and Engebretsen both said they hadn’t understood that the study may be a requirement if the community’s public transit system is to continue getting support from the FTA, and said they’d be voting in favor.

The following memo from City of Casper and Casper Area MPO staff explains details of the electrification study and includes the full language of the contract with HDR Engineering: