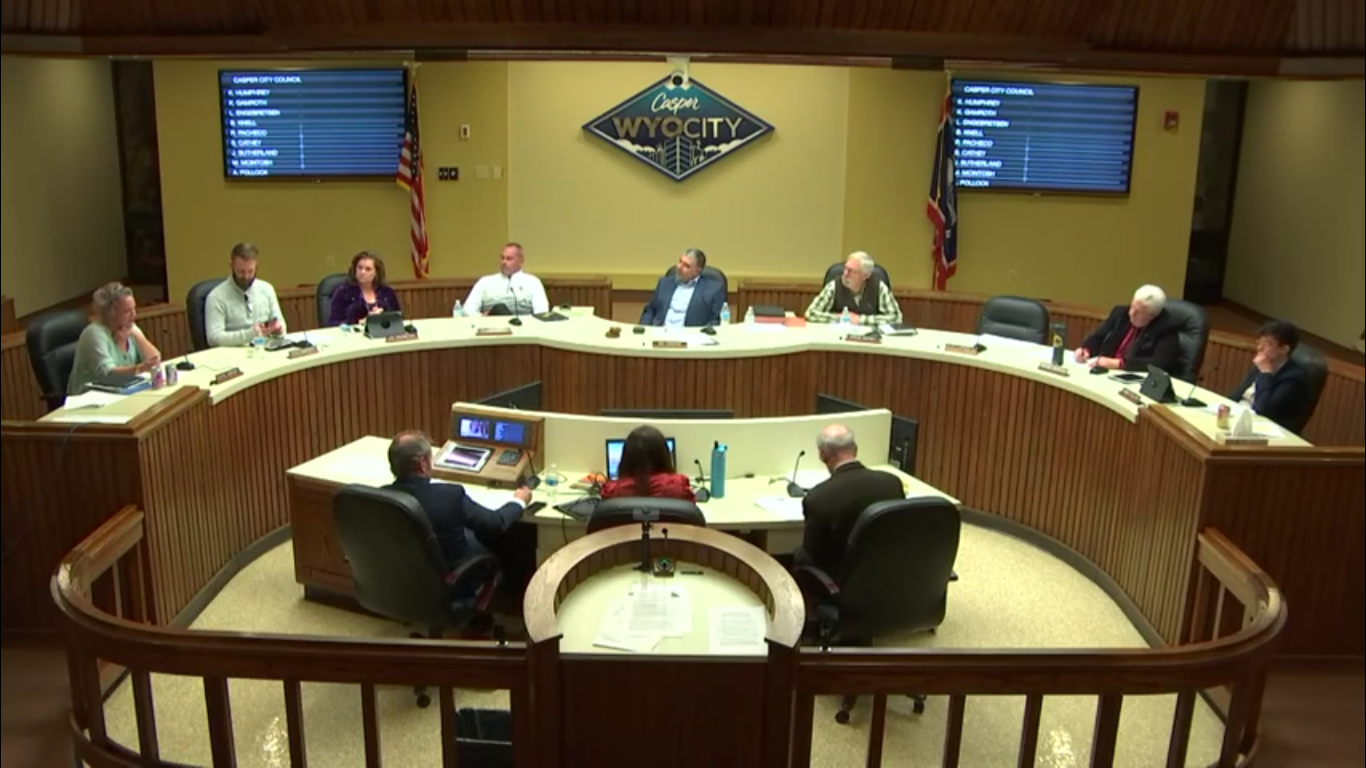 Councilmember Kenyne Humphrey said Tuesday Casper residents should be careful of leaving property in the care of businesses. (Screenshot via City of Casper, YouTube)

CASPER, Wyo. — On Tuesday, Casper City Councilmember Kenyne Humphrey said she has heard allegations against a “Sew More Than Vacuums,” a business at 275 S. Montana Ave. in the Hilltop Shopping Center, that she thinks the public should be aware of.

“We have quite a few citizens that have property in this store that has been there probably since March or April, but the owner of the business has locked the doors and has not allowed them to come get their property,” Humphrey said. “We’re talking about over $30,000 worth of our citizens’ items locked in this store. I did call the owner, who is in Colorado, and hopefully he will follow through and meet these people at his business on Thursday so they can retrieve their property.

“I don’t know that there’s a lot that City Council can do, but I sure think the public should know that [they should] be careful of a business that’s apparently going to hold on to your private equipment permanently. I’ll be interested to see how it plays out on Thursday and I’ll let you guys know next week.”

Oil City News tried to call the phone number listed for the business on Wednesday morning, but there was no reply and the mailbox was full. Oil City News also sent a request for comment to an email listed on Sew More Than Vacuums’ Facebook page. Updates will be provided if more information becomes available.

An earlier version of this post had the incorrect address for the business. It has been corrected.