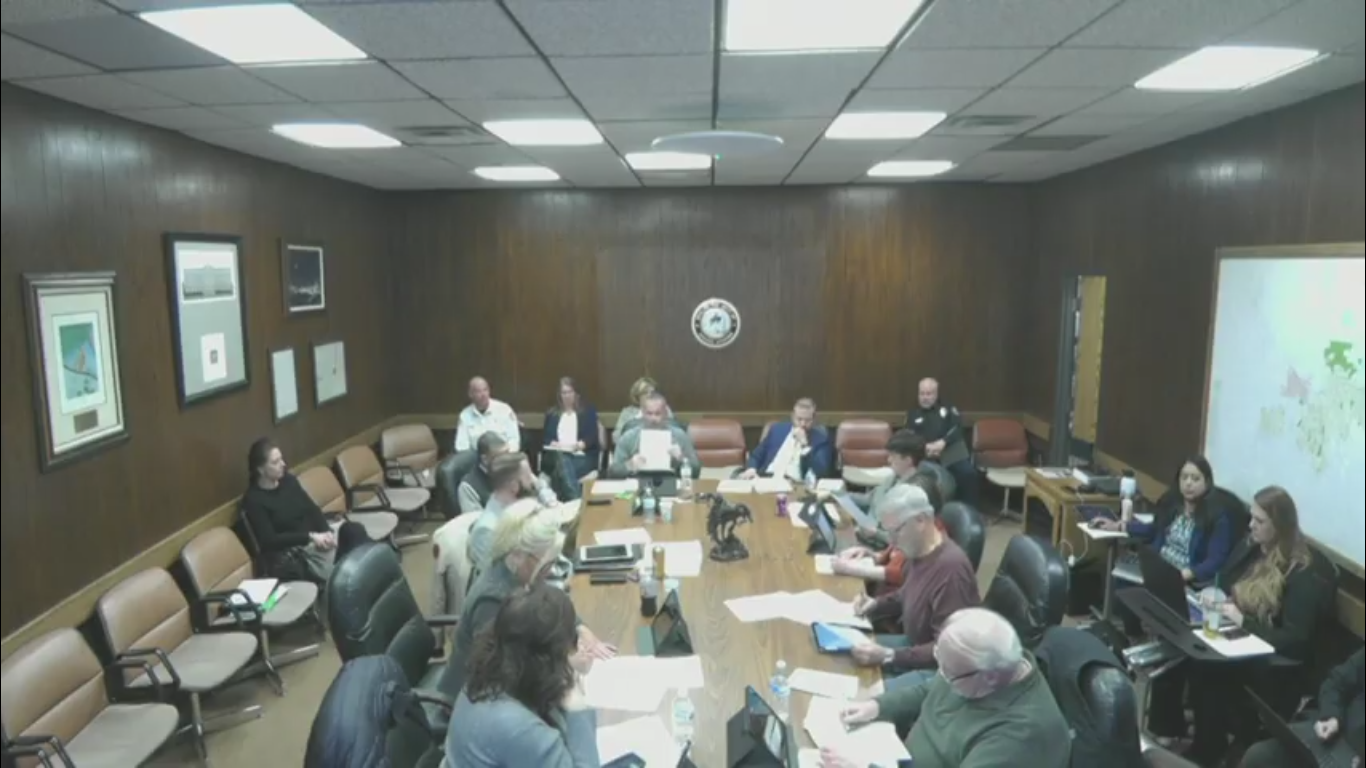 The new Casper City Council held its first work session of the year on Tuesday. (City of Casper, YouTube)

CASPER, Wyo. — On Tuesday, the Casper City Council discussed a budget amendment that is unusual in that it will have a net positive impact on the City of Casper’s revenue picture once it is formally adopted.

The second amendment to the City of Casper’s Fiscal Year 2022–23 budget will result in a net increase in revenues of $2.2 million, Casper Financial Services Director Jill Johnson told the City Council during the work session. Budget amendments typically have a net negative impact on the city’s overall revenue picture, and both Johnson and City Manager Carter Napier noted that the net increase was a rare occurrence.

“That is unusual,” Napier said. “I would never have prognosticated that outcome.”

Johnson said the net positive increase can be explained by the fact that the budget already included spending authority for certain items for which the city was anticipating revenue that had not yet been included in the budget.

The proposed amendment would add a total of $3,850,947 of additional expenditure authority to the budget. It is divided into several categories: council-authorized projects and disbursements, new expenditures and projects, and new appropriations with offsetting revenues.

For council-authorized projects and disbursements, $177,210 is needed to cover the costs of previously approved items. These include the purchase of a BearCat police vehicle, which will be funded by General Fund reserves.

New expenditures and projects include a variety of items, such as increased tipping fees paid to the Balefill, General Fund transfers, increased diesel costs, and Center Street Gateway enhancements. Funding for these items will come from various sources, including Refuse reserves, 1%16 receipts, and capital reserves.

New appropriations with offsetting revenues include $1,390,920 for unbudgeted expenditures that have offsetting revenues, such as Community Development Block Grants for the Casper Housing Authority and the Wyoming Food for Thought Project as well as the purchase of a custom body for a fire department vehicle. These items will be funded by federal grant funds.

The amendment also includes a reallocation of $2,282,814 within the budget to cover unbudgeted expenditure requirements or to address budget oversights. This includes $1,600,000 for the purchase of a replacement garbage truck and $350,000 for a new generator at the fire training center.

The City Council will be asked to formally approve the budget amendment during a regular meeting. The following memo details what the amendment will entail: