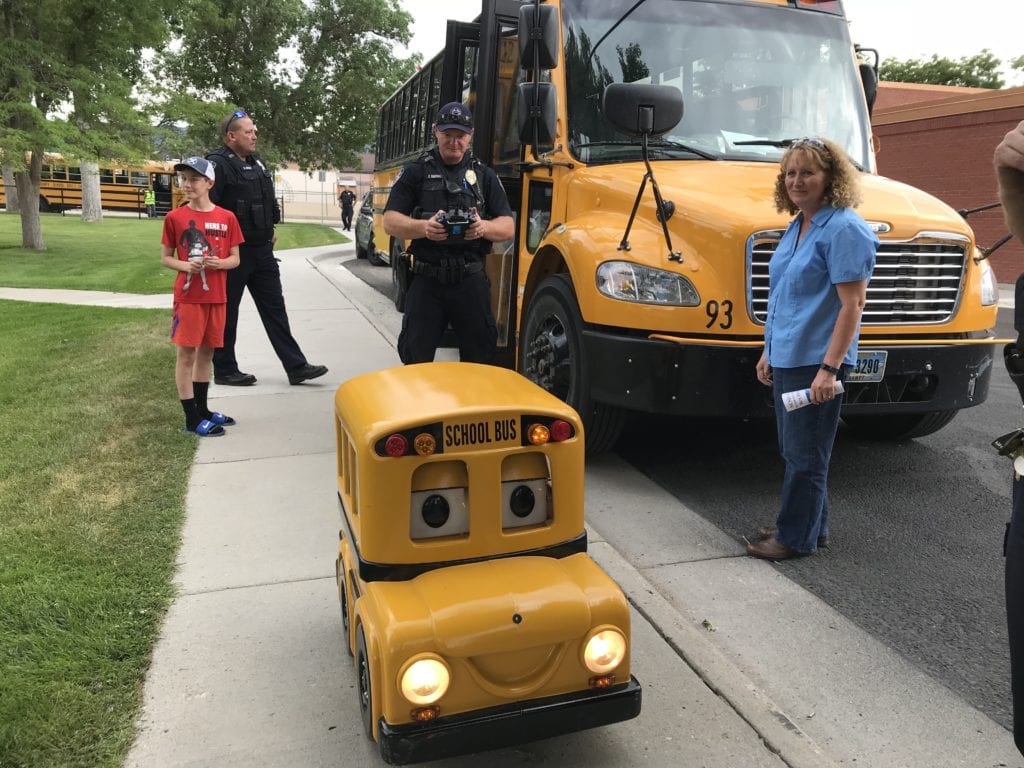 Casper Police Department officers drive the remote controlled "Buster" ahead of the start of the 2019-2020 school year in Casper. (Brendan LaChance, Oil City)

CASPER, Wyo. — On Tuesday, the Casper City Council authorized a memorandum of understanding that will increase the number of school resources officers the Casper Police Department provides to the Natrona County School District.

The agreement calls for the number of school resource officers to be increased from six to eight beginning in academic year 2023–24. That includes the services of one sergeant to supervise the overall SRO team.

During the spring 2023 semester, the number of school resource officers may remain at six, including the sergeant. However, if the Casper PD staffing situation allows, the new agreement between the city and NCSD would allow the extra officers to be provided this spring.

If the extra SROs do become available during the spring 2023 semester, the school district will reimburse the city at a pro rata rate.

The Casper PD will be able to rely on the school resource officers for regular patrol functions during the summer months, a memo from the police chief explained.

The full memo and language of the MOU can be reviewed below: