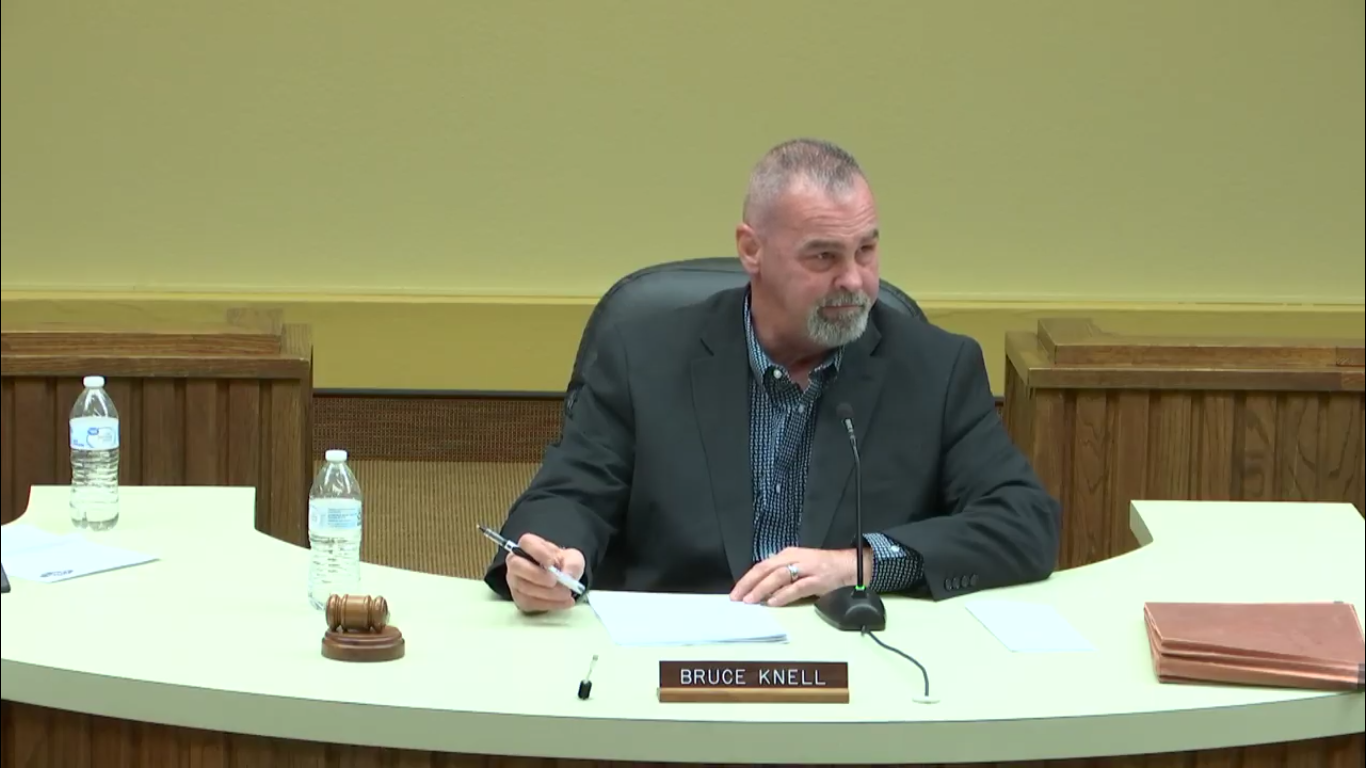 On Tuesday, Casper Mayor Bruce Knell said he has been receiving a lot of complaints from people about Black Hills Energy gas bill increases but said the City of Casper is not in a position to do anything about the issue. (Screenshot via City of Casper, YouTube)

CASPER, Wyo. — On Tuesday, Casper’s mayor said he has been seeing an influx of complaints about Black Hills Energy gas bills from residents.

Mayor Bruce Knell said he has received at least 50 phone calls and emails from residents complaining about higher gas bills. As an example, Knell said someone operating a shop typically paid $500 on their gas bill “and due to the new delivery fee that they have added on, it is now an $863 bill.”

Someone on a fixed income who typically pays $130 per month complained about their bill jumping to $185 per month, Knell added as another example.

“I can tell you, there is nothing the city can do to help you when it comes to this,” Knell said. “This is something that was granted to the gas company by the Public Service Commission. It took place in September — it’s probably why you’re just now seeing it.”

Knell said he has been informed that the delivery fees increase the more gas someone uses, so bills are typically higher in winter.

He said that if people have complaints, they should reach out to the Public Service Commission.