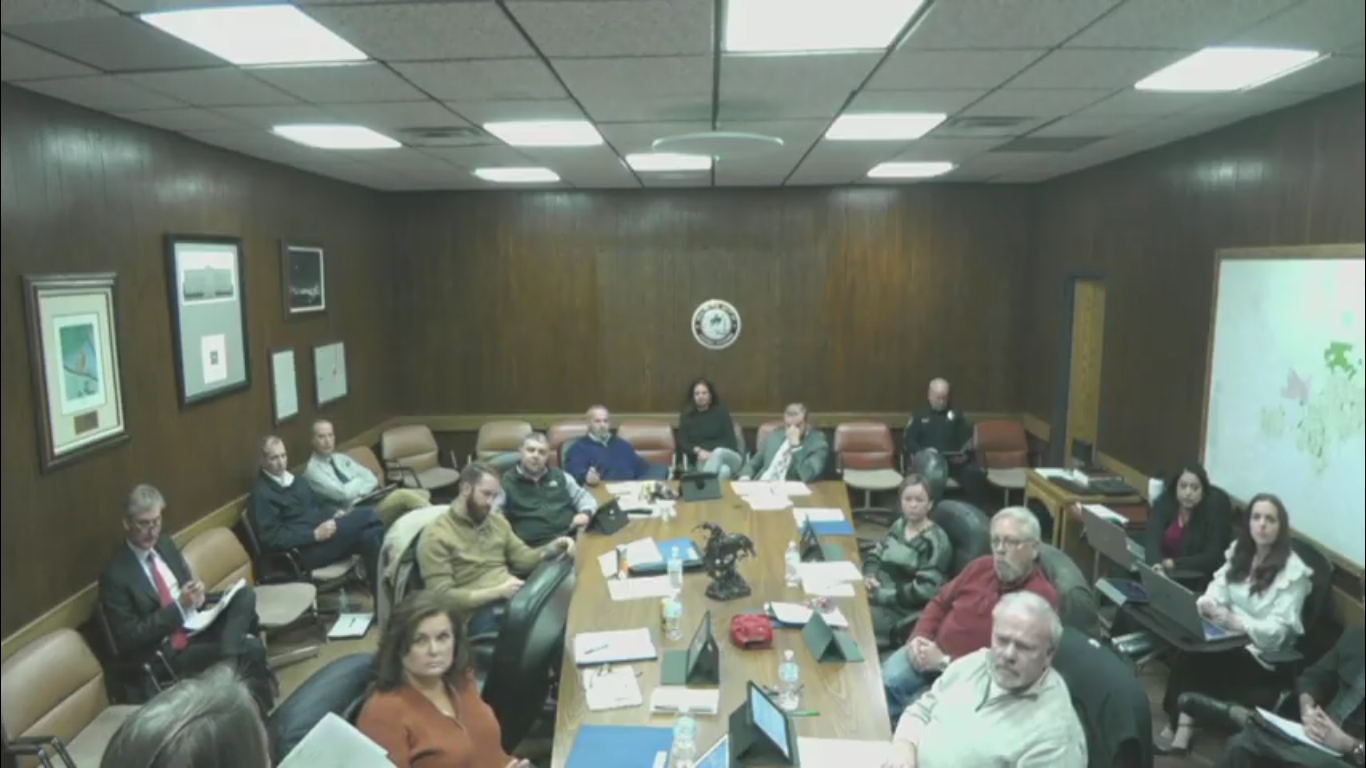 The Casper City Council talked about the creation of some new funds for financial tracking and transparency purposes on Tuesday. (Screenshot via City of Casper, YouTube)

CASPER, Wyo. — On Tuesday, the Casper City Council heard a presentation from City of Casper staff proposing the creation of some new funds that would help with the tracking of some financial data.

Staff are recommending the creation of an Athletics Fund that would track financials specifically related to athletic programming separately from the rest of the General Fund. While she said the city already tracks its revenues and expenses well, Financial Services Director Jill Johnson said a specific Athletics Fund would improve how the city tracks not only sports- and athletics-related revenues and expenses but also things like cash, receivables and residual balances.

The creation of the fund wouldn’t impact how financial reporting is completed at the end of each fiscal year, but would rather be for tracking purposes that could help the city better understand the financial picture when it relates to sports and athletics.

City staff are also planning to set up a similar fund under the Capital Fund to track One Cent Optional Sales Tax No. 18 financials.

In November 2022, voters approved renewal of the countywide optional one-cent sales tax for four more years. The City of Casper anticipates its share of revenues from the tax over that time span will be about $64.5 million. Ahead of the General Election, the City Council approved a resolution as a commitment to voters how the $64.5 million will be spent.

The One Cent No. 18 Fund will help the city clearly track not only the optional sales tax revenue and expense picture but also balance sheet items. Johnson said this would help add transparency. For financial reporting purposes at the end of the fiscal year, the One Cent No. 18 Fund would roll up into the overall Capital Fund, she added.

The City Council indicated its support for the proposal to create the two funds during the work session on Tuesday.

City Manager Carter Napier also brought up a proposal that any surplus one-cent optional sales tax revenues beyond the $64.5 million that the City of Casper winds up seeing be put into the Opportunity Fund. That fund has about $5–6 million, he said, adding that surplus revenues from the One Cent No. 17 cycle are expected to total another $5–6 million.

Napier told the City Council that he proposes establishing a policy of directing surplus one-cent dollars into the Opportunity Fund for not only the One Cent No. 18 cycle but for future cycles as well.

Mayor Bruce Knell said he thinks surplus one-cent revenues should go toward priorities such as roads that eligible voters identified as priorities for use of the funding when polled about how one-cent dollars should be used.

Councilmember Kyle Gamroth noted that the $64.5 million the city is estimating will be its share of the Optional One Cent No. 18 cycle is a conservative estimate and that revenues could very well exceed that figure. He suggested that a conservative estimate ahead of a cycle could lead to a situation where a predictable but unobligated surplus is available to the city at the end of the four-year cycle.

Councilmember Amber Pollock asked whether the resolution the City Council approved in August 2022 regarding how the city would use one-cent revenues identified what would happen with any surpluses that were collected. Napier said the City Council did not establish any concrete direction as to what must be done with surpluses if there are any. How such money would be used would be in the purview of the sitting City Council in four years, he added.

The proposal to create an Athletics Fund is one of the steps staff are recommending with a goal of looking at ways to reduce the subsidy related to the Casper Recreation Center. In addition to the presentation about the creation of that fund, staff presented the City Council with a number of other possible ways to reduce that subsidy.

Both presentations can be reviewed in the video recording of Tuesday’s work session on the City of Casper’s YouTube channel:

Staff memos explaining the proposals are available for review below: