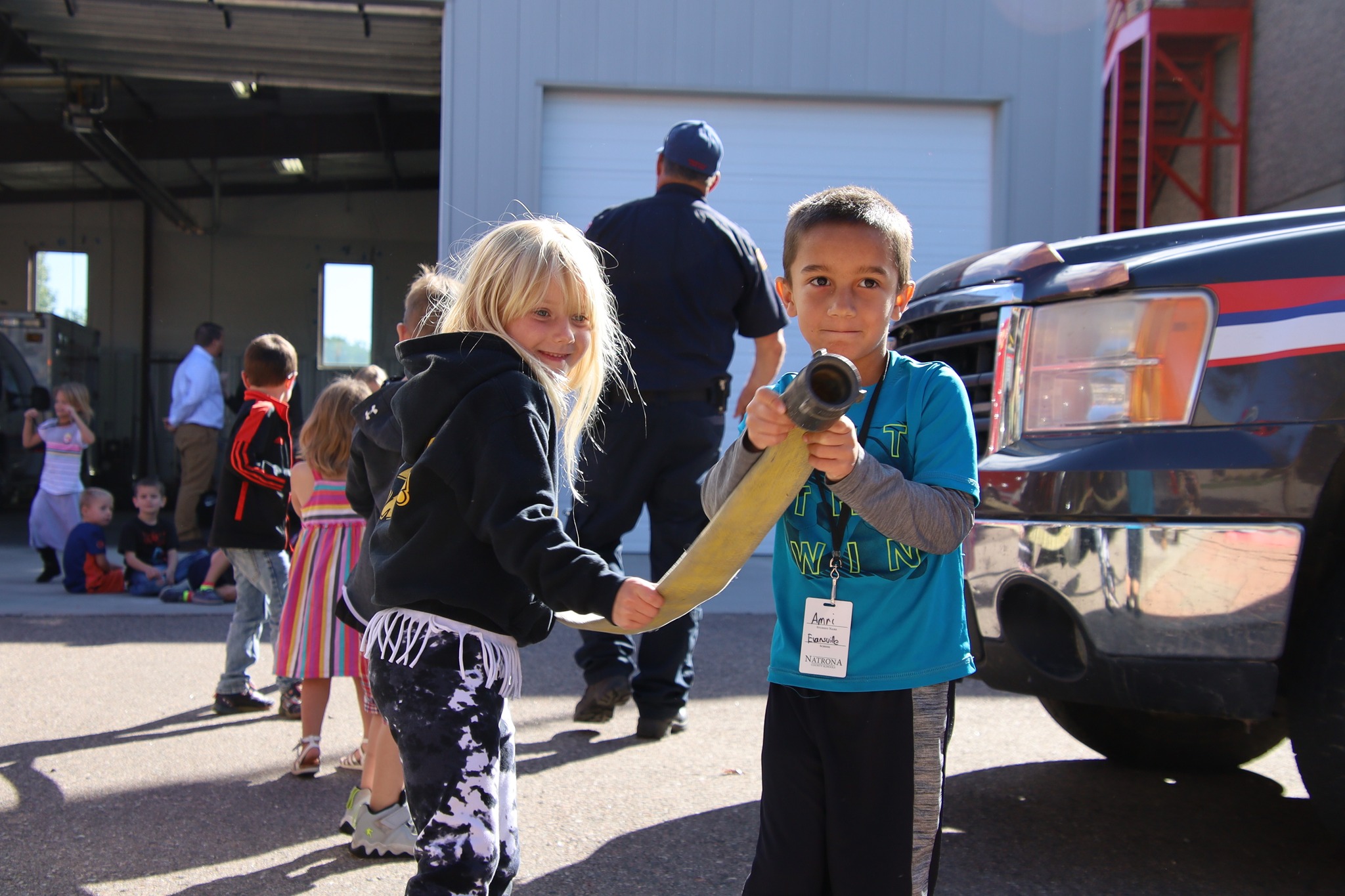 Evansville Elementary School kindergartners got a tour of the community's fire station on Tuesday. (NCSD)

CASPER, Wyo. — Evansville Elementary School kindergartners got to visit the community’s fire station on Tuesday, according to the Natrona County School District.

“We covered three of the things we do often — Wildland Fire, Structure Fire, and EMS calls,” Coursen said. “Students were shown how they should get low when there is smoke and to listen for a smoke detector in their home. Students also had the opportunity to tour the ambulance and fire engine to see the tools used to take care of medical calls and put out fires.

“Students were then shown what a firefighter looks like in full gear and on air. The Evansville kindergarten class was awesome, and we had a lot of fun seeing their energy and excitement to learn.”

NCSD shared some of the reflections from kindergartners regarding their tour at the fire station.

Her classmate Cason said his favorite thing was getting to pull the fire hose.

“My favorite part was seeing the water spray from the firetruck,” Lilliana said.

Coursen said such opportunities for firefighters to meet with students are an important way to build positive relationships with youth in the community.

“If they know who we are and how we do things, it builds a relationship that hopefully they can look to for safety and protection as well as impress on their minds the importance of helping in our community with the hopes of building some future firefighters in our community,” he said.