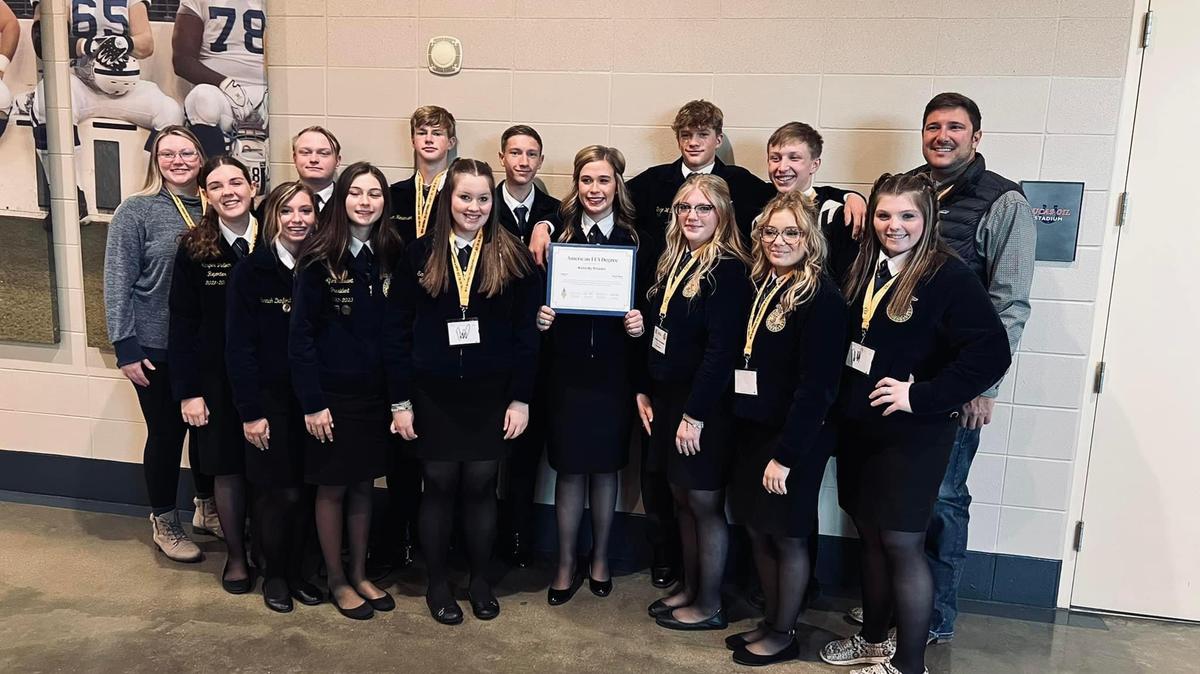 Bridger Haigler and Lorelai Wolfe finished seventh in the nation in the Division II Animal Systems competition at the October National FFA Convention, the release said.

Kassidy Brooks received her American Degree, the highest degree offered by FFA, which less than 1% of members achieve.

In Livestock Evaluation, the following team from Casper earned Gold Emblem recognition and fourth in the nation:

In the Marketing Plan category, the following team earned Silver Emblem recognition and scored in the top 18 teams across the country:

In Conduct of Chapter Meetings, the following team earned Gold Emblem recognition and finished in the top 12 in the nation:

“I am so proud of how these students did at the National FFA Convention, and I cannot wait to see what the future holds for these students and the Casper FFA Chapter as a whole,” Timi Reynolds, Casper FFA advisor, said. “FFA is a special organization that allows students of all backgrounds to learn, share new experiences, and grow. This program creates a place for all students to get the sense of belonging and better themselves to reach their goals, whatever they may be.

“There are events geared towards farming and livestock, but I have a fondness for the events that focus on developing students’ skills in teamwork, leadership, public speaking, problem-solving, critical thinking, and so many other skills that they can use for the rest of their lives.”