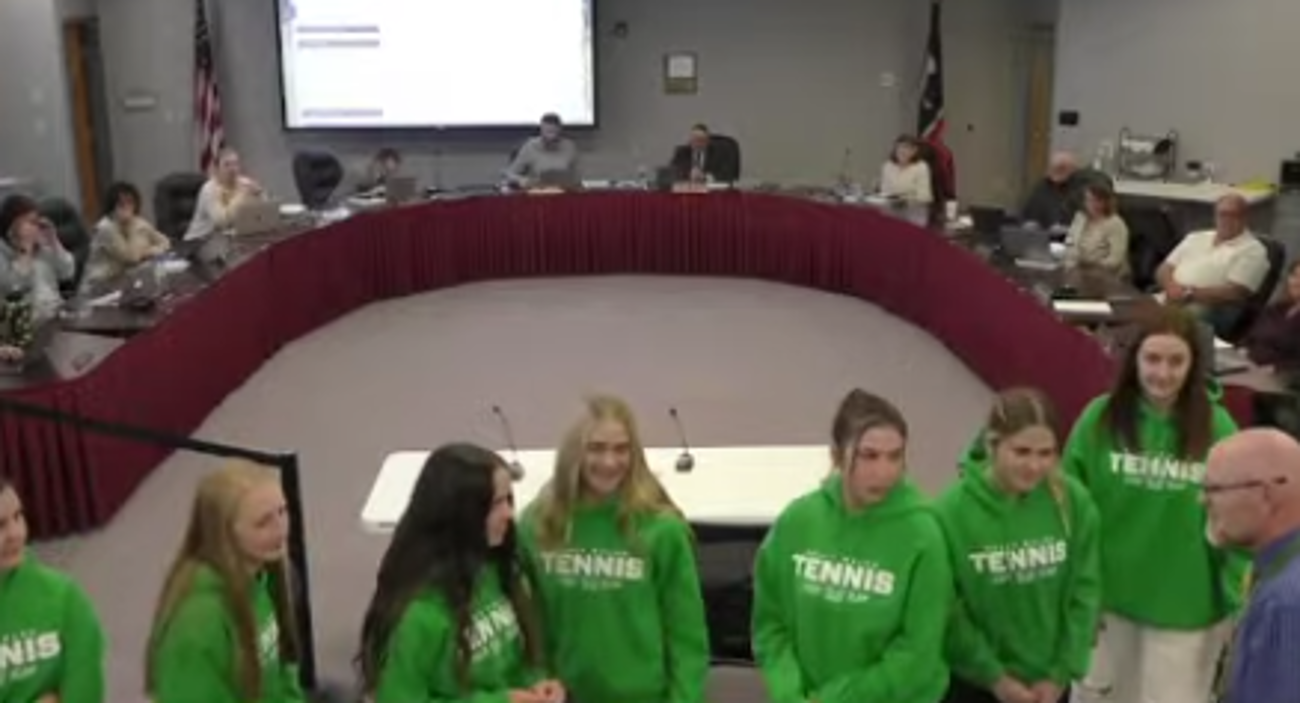 The Kelly Walsh girls tennis and golf teams were recognized at the NCSD school board meeting on Monday, Jan. 23. (Screenshot via NCSD, YouTube)

Britt noted that the tennis and golf teams start practicing earlier than any other fall sport, beginning in early August.

“While other students have a few extra weeks of summer left, these students sacrificed what was remaining of their summers and started practicing right away,” he said.

Not all members of the teams were in attendance at the school board meeting as some are participating in other sports and activities or may have been preparing for final exams, Britt added.

The meeting can be streamed via NCSD’s YouTube channel: