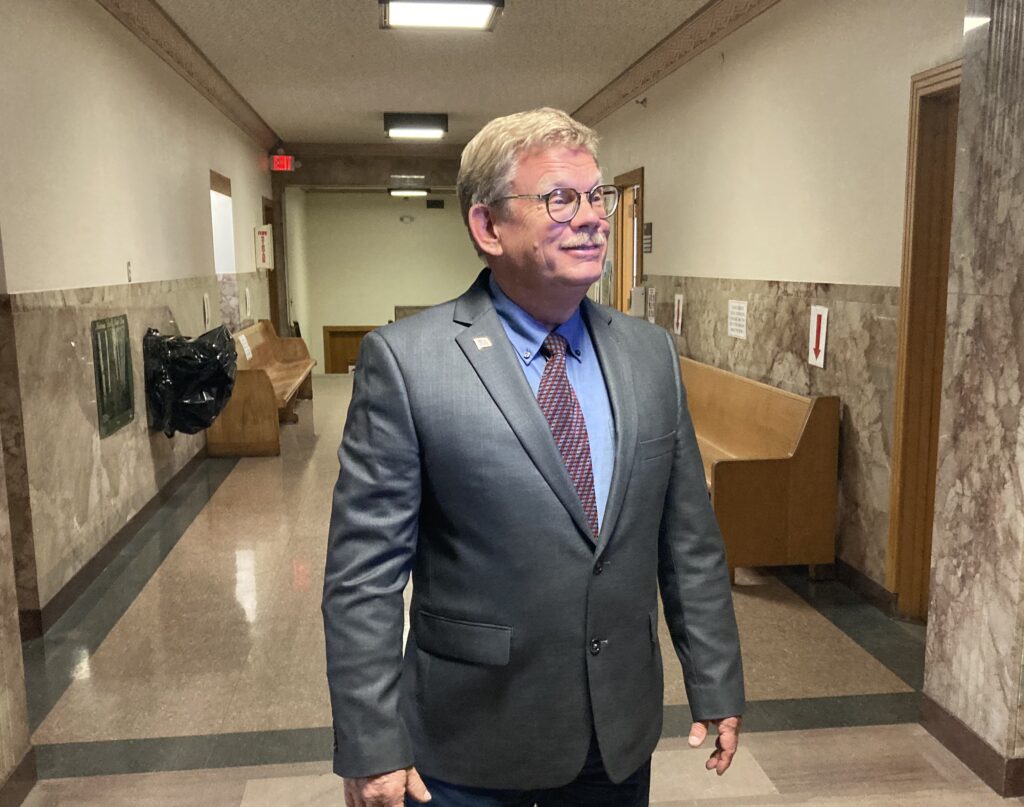 House District 59 Rep. Kevin O'Hearn after he was appointed to the seat by the Natrona County Commission on July 28, 2020. (Gregory Hirst)

CASPER, Wyo. — Rep. Kevin O’Hearn won the Republican Primary in his bid to serve a second term in the House District 59 seat in the Wyoming Legislature, according to preliminary results from the Natrona County Clerk’s Office. Results are unofficial until certified by state and local officials.

O’Hearn secured 64.64% of the vote, defeating challenger John Gudger, who garnered 34.65% of the vote. No Democratic Party candidates filed to run for the House District 59 seat. Independent candidates have until Monday, Aug. 29 to file for placement on the General Election ballot.

O’Hearn, who works as a building official for the City of Mills, served deployments in Iraq and Kuwait during his time with the Army National Guard. He was appointed to the House District 59 seat by the Natrona County Commission in July 2020 after former Rep. Bunky Loucks resigned.

He plans to support stricter voting laws and stricter school standards for Wyoming students if elected and supports a “return of more moralistic, Christian American way of life that the founders wrote in the Constitution and Bill of Rights,” O’Hearn said in responses to an Oil City News candidate questionnaire.

Gudger has been working in the architecture and design field for over 30 years. His run was prompted by restrictions imposed during the COVID-19 pandemic, Gudger said in his responses to the Oil City News candidate questionnaire. He said he would work to “stop unnecessary spending” and to address things like higher property taxes if elected.