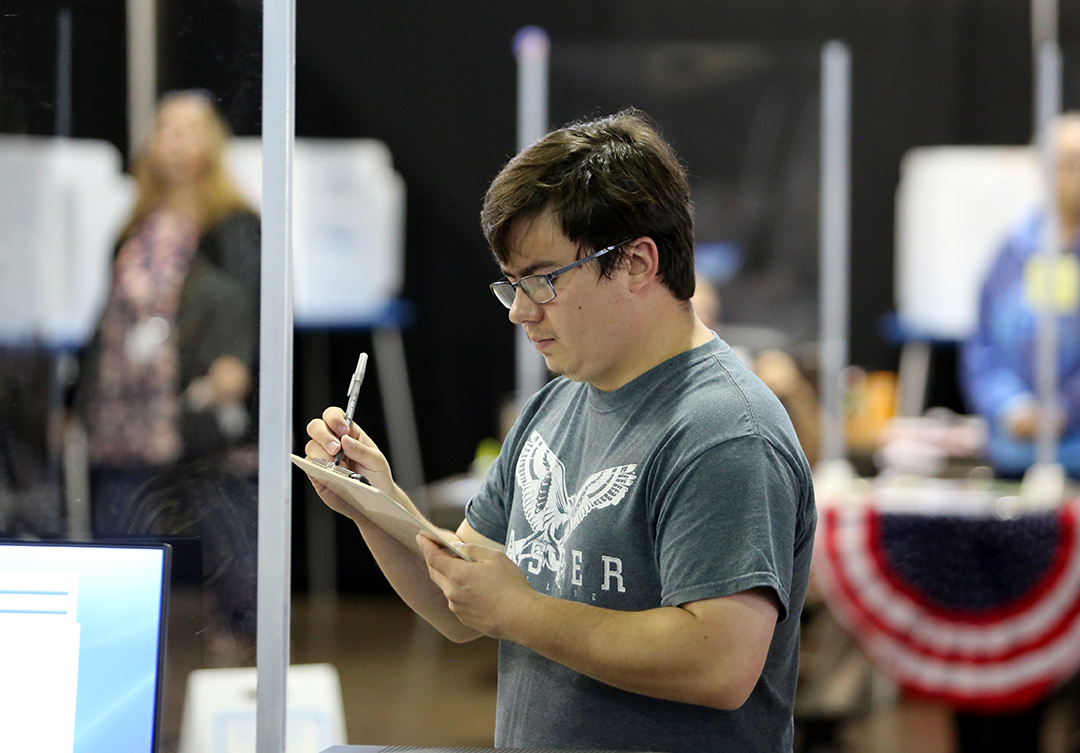 CASPER, Wyo. — The Wyoming Constitution allows the state to invest funds in equities as a way to generate a source of revenue.

While the state is allowed to invest funds in equities, the Wyoming Constitution prohibits counties and municipalities from doing so. Voters will be asked in November to consider changing that.

Amendment A: Should counties and municipalities be allowed to invest in equities?

When Wyoming voters look to cast a General Election ballot this fall, they will see the following question on the ballot known as “Amendment A”:

A “yes” vote on this ballot issue will support amending the Wyoming Constitution as proposed. While that would create a pathway to allow counties and municipalities to potentially invest in equities, action from the Wyoming Legislature would be needed before that could happen.

A so-called supermajority vote in both the Wyoming Senate and Wyoming House of Representatives would be needed to pass legislation authorizing local governments to invest in equities.

A “no” vote on the Amendment A ballot issue will support leaving in place the prohibition on counties and cities from investing in equities.

How does the State of Wyoming use its power to invest in equities?

The market value of Wyoming’s sovereign wealth fund was at around $24.3 billion as of May 31, 2022, according to the most recent monthly portfolio status report from the Wyoming State Treasurer’s Office. From July 1, 2021, through May 31, 2022, the sovereign wealth fund generated about $426.9 million in income in the form of dividends and interest, including about $31.2 million in May.

The largest of the nine funds in the state’s investment portfolio is the Permanent Wyoming Mineral Trust Fund, which had a market value of around $9.59 billion as of May 31. It is funded by a portion of severance taxes on mineral revenues along with occasional infusions from legislative appropriations. When this money is invested, income that is generated supports the state’s General Fund.

Total investment income generated through the Permanent Wyoming Mineral Trust Fund over the previous five fiscal years was as follows, according to the Wyoming State Treasurer’s Office:

Permanent Land Funds comprise the second largest of the nine major funds in the state’s investment portfolio and had a market value of around $4.88 billion as of May 31, 2022. The state invests money from royalties, leases, fees and permits and other state land revenue under this major fund category. The largest of the land funds is the Common School Permanent Land Fund, which helps fund K–12 education in Wyoming.

Another example of the major funds in the state’s investment portfolio is the Hathaway Scholarship Endowment Fund. The state invests federal mineral royalties it receives and income on these investments is used to provide scholarships for Wyoming high school graduates to attend the University of Wyoming and community colleges.

The other major funds in the state’s investment portfolio include:

Does investing state funds in equities provide a reliable source of income?

Investments always carry some amount of risk, the U.S. Securities and Exchange Commission says. However, investing in a mix of asset categories such as stocks, bonds and cash and cash equivalents and a diversified investment portfolio can help limit risks, according to the SEC.

While stocks carry the greatest risks, they can also provide the greatest returns of the types of asset classes that can be invested in.

“The volatility of stocks makes them a very risky investment in the short term,” the SEC says. “Large company stocks as a group, for example, have lost money on average about one out of every three years. And sometimes the losses have been quite dramatic. But investors that have been willing to ride out the volatile returns of stocks over long periods of time generally have been rewarded with strong positive returns.”

Wyoming’s portfolio is managed by investing in a variety of asset categories, with the breakdown as of June 30, 2021, as follows, according to RVK Inc., the investment consultant for the Wyoming State Loan and Investment Board:

The FY 2021 annual report from RVK said that Wyoming’s total investment portfolio saw returns of 5.4% per year over the previous 10 years. While the market value of the overall portfolio saw dips in FY 2016 and again in FY 2018 compared with the prior fiscal year, the market value has generally risen since FY 2011, the Wyoming State Treasurer’s Office FY 2021 annual report showed:

The largest fund, the Permanent Wyoming Mineral Trust Fund, has seen positive returns every year since it was established in 1975, according to Investopedia. The fund was only able to invest in bonds until 1996, when voters approved an amendment to the Wyoming Constitution to allow the state to invest in equities.

While the state’s investment portfolio has generally seen positive returns when looking to the past, that doesn’t mean risks don’t exist moving forward.

“There are too many variables involved and you can’t predict future results off of past performance,” Jeff Robertson, director of communication and administrator of the Unclaimed Property Division of the Wyoming State Treasurer’s Office, wrote in an email in response to a question about the reliability of the performance of investments.

Would the ability to invest in equities benefit Wyoming counties and municipalities?

The Wyoming County Commissioners Association supported the passage of legislation that put Amendment A on the ballot for the General Election this fall, according to Jeremiah Rieman, executive director with the WCCA. The proposed amendment to the Wyoming Constitution to create a path for local governments to invest in equities will appear on the ballot because the legislature passed House Joint Resolution 09 in 2021 and Governor Mark Gordon signed the resolution.

Counties are generally supportive of gaining the option to invest in equities as a potential way to generate revenues without the need to raise taxes, Rieman said in a phone interview in August.

If voters approve the amendment this November, Rieman said he thinks it is important the Wyoming Legislature put in safeguards before passing a law to authorize local governments to invest in equities. Safeguards can help avoid putting public funds in jeopardy, he said.

“If not done appropriately, there can be risks,” Rieman said.

Rieman suggested that if the amendment passes, the legislature could look to regulations imposed on how the state can invest in equities as a model to craft sideboards regulating local governments.

Though there is still a long path ahead before local governments could invest in equities, Rieman said the WCCA sees the possibility as something that should be given serious consideration.

“We see it as simply another tool for local government to ensure that local financial resources are appropriately invested and protected for the benefit of our communities,” he said.

The City of Casper’s Investment Advisory Committee supports the passage of Amendment A, according to an Aug. 26 email statement from Rachel Bouzis, spokesperson with the City of Casper.

If Wyoming voters approve the amendment, Bouzis described possible legislation that would have the state manage local government equity investments.

“The legislation would allow local governments to invest in an equity investment account which the State of Wyoming would then manage and oversee,” the statement said. “The State would then invest these funds into low-risk equities and dividends would be distributed back to the contributing local governments.

“If Amendment A were to pass, the City would allocate any returns from the equity investments back into the fund which holds the investment. The returns would be allocated on a pro-rata basis. For example, the General Fund holds $24.8M of our investment portfolio of $175M (14%); 14% of the returns for the month from the equity investments would be then allocated to the General Fund. Once that money is allocated to the funds, we would treat it like any other form of revenue.”

The City of Casper’s Investment Advisory Committee is aware that there are risks associated with investing in equities but sees the ability to invest in equities as a good long-term investment strategy.

“This is a long-term investment strategy, and as with all long-term investment strategies, keeping money in those funds long-term will yield better results,” Bouzis wrote. “As with any investment, there is always a chance of losses as well as gains. According to the Investment Advisory Committee, the estimated returns are averaged over a 10-year span; some years will have small returns and other years will have large returns with the estimated average of a 12.949% annual return (based on S&P 500 Return Calculator with Dividend Investment performance for the past 10 years (July 2012)).

“The City of Casper is well positioned to take advantage of this type of long-term investment. This legislation has the potential to provide more revenue for City operations at no additional expense to taxpayers.”