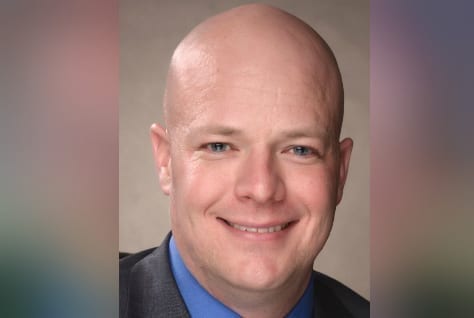 CASPER, Wyo. — Election season is underway and Oil City News has sent a list of questions to each candidate seeking a seat on the Natrona County Commission.

These questions are designed to give our readers a better understanding of the people behind the names on the ballot. Below, get to know Shawn Johnson, who is running for a four-year seat on the Natrona County Commission:

My name is Shawn Johnson, and I am from Casper. I am married, I have a son and two stepdaughters, and I work full-time as a legal assistant while going to law school part-time. I spent 13 years as a Deputy Sheriff in Natrona County, 21 years as an Army Combat Medic, was deployed to combat in 2003, and I served as a Casper City Councilman from 2014–2022.

I am running for office because I want to continue my service to my community. I recently moved, which required me to give up my City Council seat prematurely. I want to continue to serve and bring my fight for fiscal conservatism, and government accountability to the County Commission.

I want to ensure the county roads and recreational areas are up to standard, I want to make sure we are paying and treating our county employees fairly and remaining competitive so that we can recruit and retain only the best and well qualified employees. The commission has a history of leaving employee salary raises out of the budget discussion for quite some time; it seems to be an afterthought rather than a priority. They do this while at the same time voting in themselves a 40% raise, and a 25% raise for the elected department heads. Meanwhile, we have lower-level employees who haven’t seen a substantive raise beyond a 3% COLA or two since 2016.

To accomplish the goals set out above, the budget must be prioritized. One of the statutory obligations of the commission is to be the steward of the county money. This includes taking care of not only infrastructure and parks but also employees. Employees have been a non-priority for far too long. If we want to have a county that works for the people, then we need to prioritize our employees so we can recruit and retain only the best.

I have vast experience that qualifies me for this position. I spent almost eight years on the Casper City Council, where I have a track record practicing common-sense budgeting. I worked for the county for 13 years and have personally experienced the direct result of a budget that forgets its employees. I have an education in business and law that will be essential to not only budgetary issues but also issues involving land, its uses, infrastructure, and all the other obligations that a commissioner is obliged to take on.

I have a history of being a good steward with the taxpayers’ money. I argued against several things that were points of budgetary contention including the purchases of land, buildings, and other purchases that were outside the definition of fiscal conservatism while on the City Council. I will continue that fight if elected to the County Commission.

Transparency is paramount to building trust between government and the people. It is my life’s work to keep government honest and that includes absolute transparency and openness to the public about the goings-on within their government. I understand the need for having executive sessions for things that cannot be legally discussed publicly. However, we need to make sure minute keeping and documenting within the executive sessions are done and within the confines of the law.

7. Do you believe the office or board position you seek has been open and honest with the public? If yes, how can the entity remain open and transparent when conducting public business moving forward. If no, what changes would you implement to ensure that all future dealings are open and transparent?

I believe the current commission has acted in good faith in trying to maintain transparency. Of course, there is always room for improvement on this subject. On the City Council, we implemented a series of changes involving technology to be able to reach a wider audience. While we cannot force people to become involved in their local government, we can certainly make it more available and easier to access. I would like to see similar changes at the county level so our constituents have a wider array of access to what is happening in their county government.

8. If you were presiding over a meeting and a topic was being discussed that you didn’t fully understand, would you ask for a more detailed explanation during the meeting or would you seek the information after the meeting?

If I don’t fully understand a topic, I research and ask questions always. Typically, those questions and research are done during work sessions and not typically during a regular meeting. Work sessions are the most important meetings in my opinion because that is where your questions should be asked. However, if I presided over a meeting and a topic was being discussed that I fully did not understand, then I absolutely would ask my questions during the meeting because others might have the same questions. This goes hand in hand with transparency and openness.

9. Should you be elected, or reelected, do you plan on seeking any major policy changes in your chosen office? If yes, what would those changes be? If no, why not?

There are no “major” policy changes that I would make now. There are, however, changes to our budgetary process that I want to see, changes to openness and transparency, and changes to how we prioritize employees.

We need to elect knowledgeable people who have the best interest of the people in mind; selfless people who seek only to serve others and not the interests of themselves. Though I am affiliated with the Libertarian Party, I ask the voters to look beyond labels, and rather look at the service I have provided over two terms on the Casper City Council. Look at my service history, whether it be military or law enforcement, look at my actions rather than my words and you will see a public servant hell-bent on ensuring that your rights remain intact, that the government stays where it belongs, and that your money is in good hands.

I thank you all and humbly ask for your vote this November!

NOTE: Republican and Democratic candidates for the Natrona County Commission were given the opportunity to complete Oil City’s candidate questionnaire ahead of the primary election. Responses received from candidates for all races are published under the Elections tab on the Oil City News website.