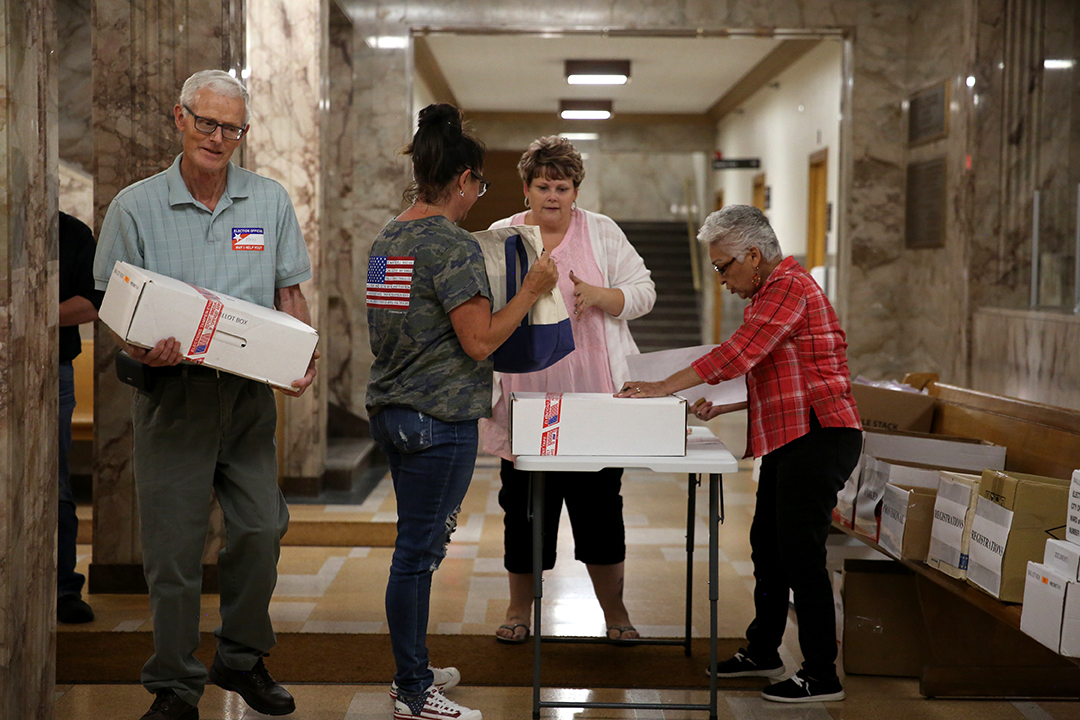 Ballot boxes of brought in from the polling places and processed at the Natrona County Courthouse in downtown Casper during the 2022 primary elections. (Dan Cepeda, Oil City News)

CASPER, Wyo. — In a Friday news release, the University of Wyoming stated that 94% of Wyoming residents who responded to a recent Wyoming Survey and Analysis Center poll conducted by the university are either “very confident” or “somewhat confident” their votes in Wyoming will be counted accurately this year.

While Democrats are more likely to feel “very confident,” the poll indicated that both Democrats and Republicans in Wyoming appear to generally trust the integrity of Wyoming’s elections, according to Jim King, professor of political science at UW and director of the survey.

While Wyoming voters tend to feel confident in the integrity of how elections are administered in the Equality State, the poll found that a significant number of people in Wyoming question the accuracy of the 2020 United State presidential election.

“Immediately after the 2020 election, 48 percent of our Wyoming survey respondents expressed confidence in the accuracy of the presidential vote count nationwide,” King said. “The comparable figure in this year’s survey is 50 percent, a statistically insignificant difference.”

The WYSAC survey involved telephone interviews with 436 Wyoming residents selected at random. The surveys were conducted from Oct. 22 to Nov. 3, according to UW. The survey has a margin of error of plus or minus 4.7 percentage points.

“Biennial surveys of Wyoming residents are conducted by UW’s School of Politics, Public Affairs and International Studies in partnership with the Wyoming Survey and Analysis Center,” UW said. “The questions focus on attitudes toward government, elected officials, candidates for office and contemporary policy issues.”