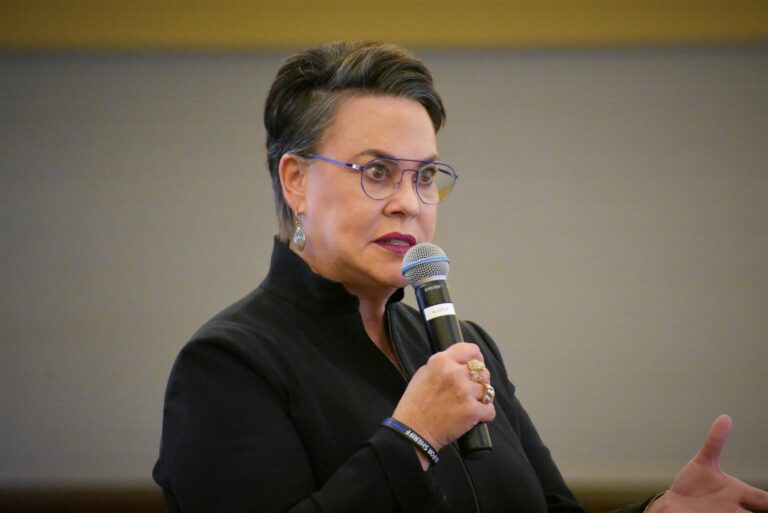 CASPER, Wyo. — Republicans are likely to maintain total control of Wyoming’s statewide seats of political power, the results of a Wyoming Survey and Analysis Center poll conducted by the University of Wyoming indicate.

Incumbent Gov. Mark Gordon is on track to win reelection to a second term. The WYSAC poll found 76% of respondents supporting Gordon, including support from 89% of Republicans and 73% of independents, UW said. Democratic challenger Theresa Livingston has support from 54% of surveyed Democrats, with 31% of Democrats surveyed planning to vote for Gordon. The UW press release did not share data regarding Libertarian candidate for governor Jared J. Baldes.

Voters’ views of the economy don’t appear to be hampering Gordon’s lead in the governor’s race, UW said.

“Eighty-two percent of our survey respondents said the U.S. economy has gotten worse, while 60 percent held the same opinion of the Wyoming economy,” Jim King, who teaches political science at UW and directed the survey, said. “Despite this, assessment of economic conditions isn’t affecting people’s choices in the race for governor.”

“A majority of the undecided voters in this race identify with the Republican Party and can be expected to support Degenfelder,” King said. “It’s doubtful that these people will cross party lines or that many of Degenfelder’s current supporters will switch their votes come election day. Although the race might be close, Degenfelder is expected to prevail.”

Republican candidates for state treasurer, state auditor and secretary of state are running uncontested in the primary.

The survey was based on telephone interviews with 436 Wyoming residents selected at random. The interviews were conducted between Oct. 22 and Nov. 3, and the polling has a margin of error of plus or minus 4.7 percentage points, UW said.

“Originally conducted by the Department of Political Science, the surveys are now sponsored by UW’s School of Politics, Public Affairs and International Studies in partnership with the Wyoming Survey and Analysis Center,” UW said. “The questions focus on attitudes toward government, elected officials, candidates for office and contemporary policy issues.”