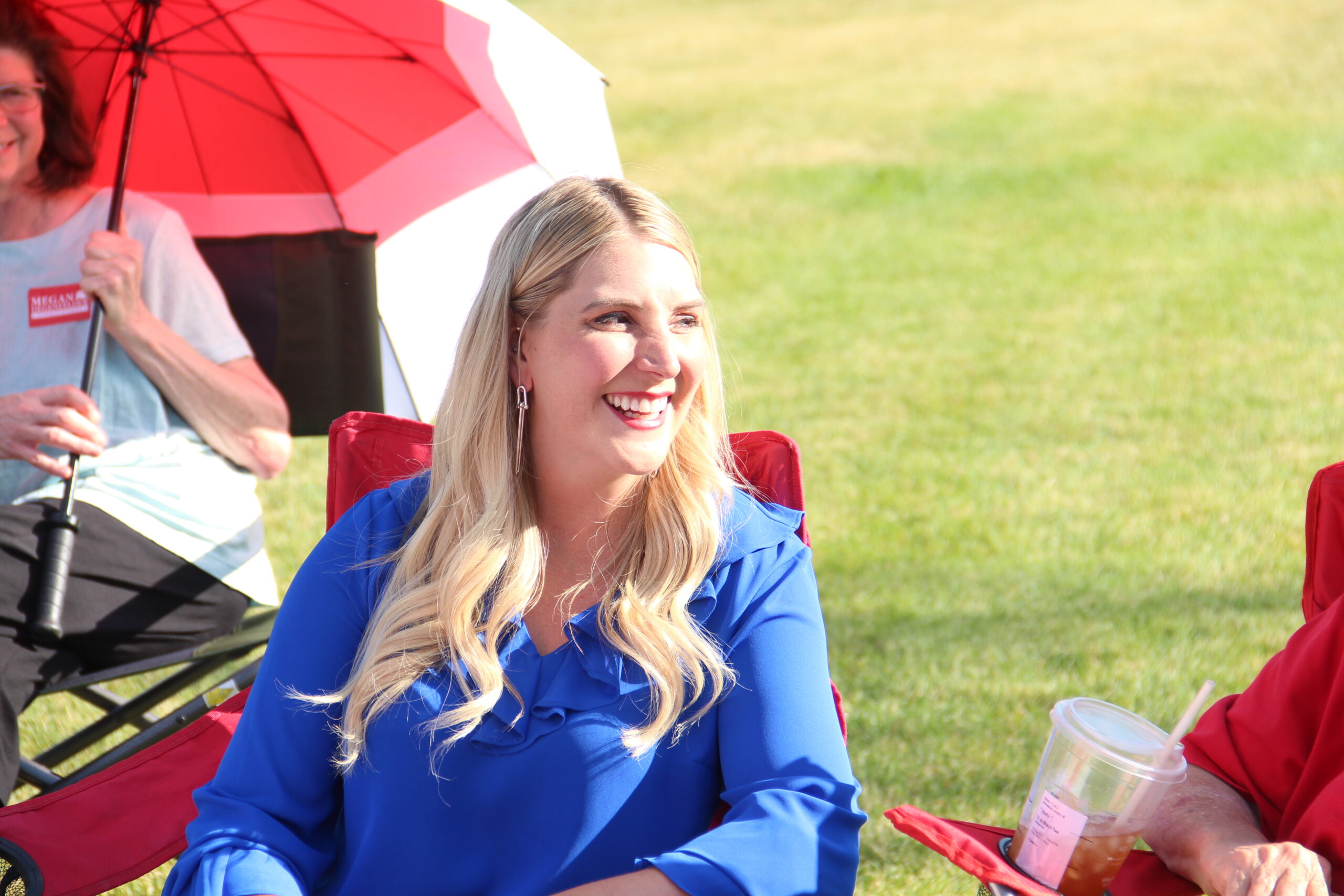 Megan Degenfelder at a Politics in the Park event this summer in Casper. (Gregory Hirst, Oil CIty)

Degenfelder, a Casper native and graduate of Natrona County High School and the University of Wyoming, secured 142,511 votes to defeat Democratic challenger Sergio Maldonado Sr. with 43,251 votes in all 23 counties reporting just after midnight, according to preliminary unofficial results from the Wyoming Secretary of State’s Office.

After announcing her bid to become superintendent in April, Degenfelder secured 40.8% of the vote in the Republican Primary, narrowly besting current Superintendent Brian Schroeder by less than 5,000 votes. Other candidates in the crowded Republican primary included Jennifer Zerba, Thomas Kelly and Robert J. White III.