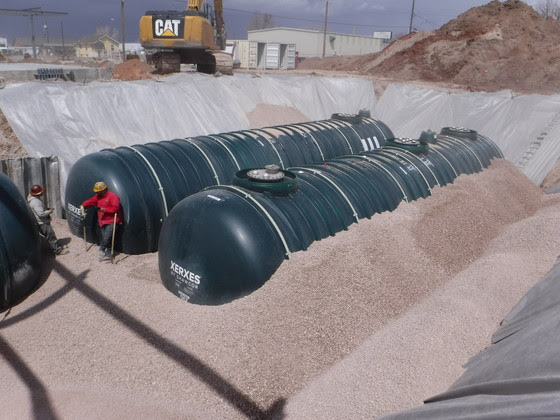 CASPER, Wyo. — The Wyoming Department of Environmental Quality (DEQ) said in a press release Wednesday that the state has the country’s highest compliance rate when it comes to regulations on underground storage tanks.

The Wyoming DEQ regulates a total of 671 aboveground and underground storage tank facilities in the state.

“We regulate more tanks than is federally required by the National UST Program because we also regulate aboveground storage tanks that sell to the public,” Ducharme said.

Ducharme said that the compliance rate is important because a higher compliance rate means that release of fuel into the environment is less frequent, resulting in fewer cleanup costs.

“We’ve devoted quite a bit of energy to make sure that releases don’t happen in the first place. And if they do, they’re at least caught early and have been minimized as much as practical,” Ducharme said.

DEQ Storage Tank Program compliance supervisor Oma Gilbreth added: “One of the reasons why it’s been successful is because we have a good working relationship with the regulated community.”

Storage Tank Program staff send notices to facilities 90 days before testing is due, according to DEQ.

“There is no federal requirement for doing that,” Ducharme said. “This is just an example of how we’re able to achieve these types of compliance rates.”

“That’s really what I would point to as a strength of our program is that we use the data that we get in a meaningful way. And then we have an aggressive inspection schedule, so that we’re getting out to these facilities and making sure that everything is being adequately managed in real time.”

When issues are identified with storage tanks, Gilbreth said that Storage Tank Program staff try to educate owners and avoid confrontation. DEQ said that fuel releases are bad for the environment, but also cost owners money since released fuel can’t be sold.

Gilbreth said in the DEQ press release that he got involved in storage tank compliance due to personal experiences related to leaks from storage tanks at a gas station contaminating water wells in the town he grew up in.

“I was raised in a small, rural town where a number of the town’s water wells were impacted by a leaking underground storage tank,” Gilbreth said, noting that the fuel could be smelled in the water.

Ducharme said that the success of compliance in Wyoming is something other states are looking at.

“Utah recently took an approach of sending notifications to their active facilities about their testing dates, and sure enough, they observed an increase in their compliance rates when their inspectors went out into the field,” Ducharme said.