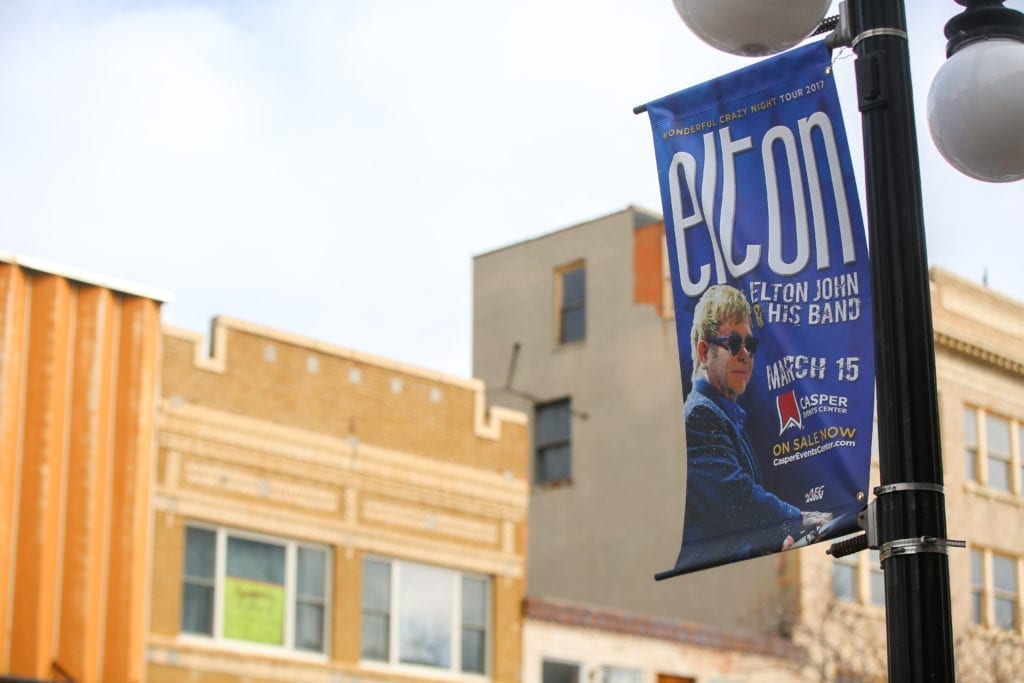 A sign for performer Elton John hangs on a street lamp on, Mar. 15, 2017, in downtown Casper

“The simple truth is I want to spend more time with my family and less time touring,” said Elton. “I am all too aware of how precious the time ahead is. My sons are growing up so quickly. Their early years are just flying by and I want to be there with them”.

He is one of the top-selling solo artists of all time with 38 gold records and 31 platinum albums, 29 consecutive Top 40 hits, and he has sold more than 250 million records worldwide. John holds the record for the biggest selling single of all time, “Candle in the Wind ’97,” which sold over 37 million copies. Since launching his first tour in 1970, he has played over 4,000 concerts worldwide in more than 80 countries to his credit.