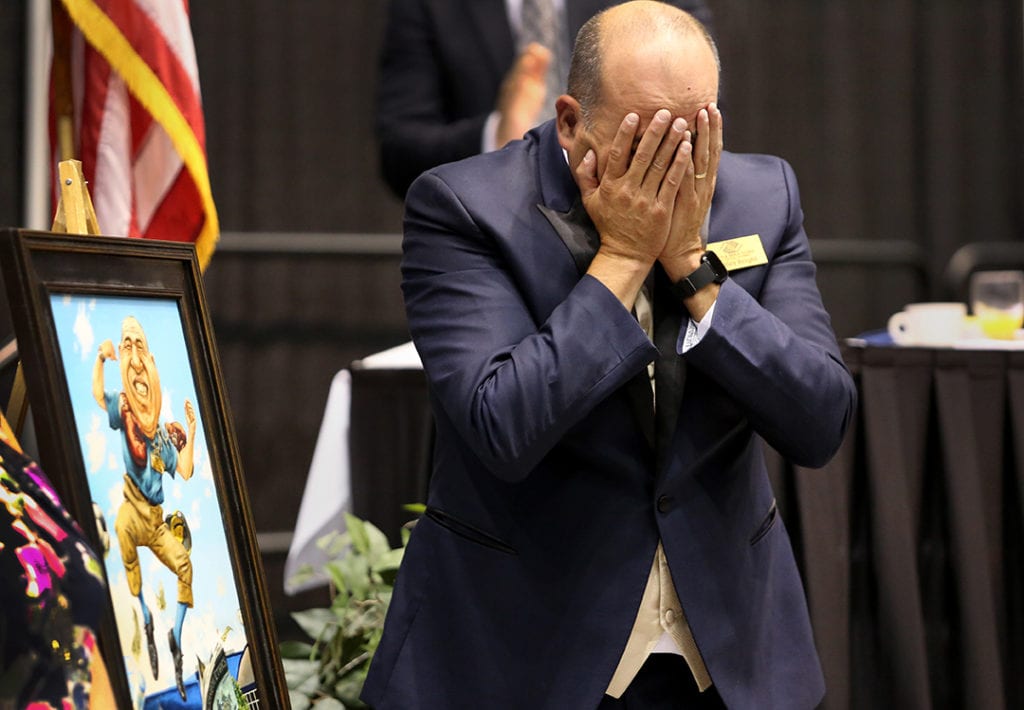 Chief Executive Officer of the Boys & Girls Club of Wyoming Ashley Bright is overcome with emotion after being surprised with a painting by Casper artist Zach Pullen during the 2019 Boys & Girls Club Awards and Recognition Breakfast on Wednesday, Aug. 28, 2019, at the Casper Events Center. This is Bright's 20th year with the organization. (Dan Cepeda, Oil City)

Longtime Boys & Girls Club of Wyoming Chief Executive Officer Ashley Bright was overcome with emotion as he was surprised with a painting by local artist Zach Pullen during the 21st annual awards breakfast.

North later became known for his conservative commentary on Fox News, best-selling books and briefly as president of the National Rifle Association.

North talked fondly of military youth centers that are operated by the Boys & Girls Club of America, which offer support to children of military parents who must often move.

“Ripping kids out of the second grade and putting the back in another school in the third grade, it’s tough on those kids,” said North, “and is my thanks to what Boys and Girls Clubs originated back in the 1940s.”

The annual event raises money to help the Boys & Girls Club of Wyoming operate and expand. Money for a new computer center building for children was the primary focus on Wednesday.