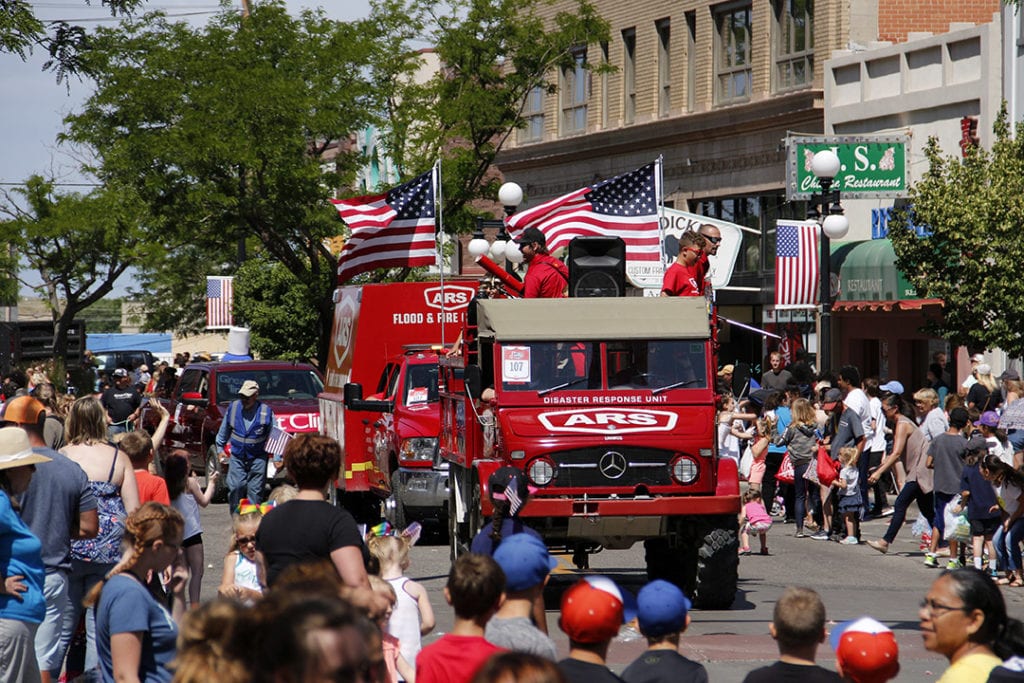 CASPER, Wyo. — The Central Wyoming Fair & Rodeo has been cancelled and the annual summer parade that kicks off the event likewise won’t be held amid the COVID-19 pandemic in 2020.

Central Wyoming Fair & Rodeo General Manager Tom Jones said on Friday, May 29 that the decision to cancel the rodeo was made unanimously by the fair’s board of directors. Reveille Rotary of Casper has produced the CWFR parade for several years, according to member Renee Penton-Jones.

“The CWFR parade has historically been the official kickoff event for the CWFR,” she said in an email on Friday. “The CWFR has, historically, engaged a non-profit to produce the CWFR parade.  A few years ago, Reveille Rotary was asked to become the producer. The club works hand in hand with city and county officials to take care of all logistics.”

“This year, with health regulations, social distancing and overall health concerns for parade attendees, the decision was made to cancel the parade.  Fair management and board took into consideration regulations that don’t allow more than 250 people at an outside gathering when making their final decision.”

Penton-Jones said that past parades have drawn upwards of 15,000 people and that 200 parade entry applications had been made prior to the cancellation announcement.

While the restrictions on group gatherings played a part in the cancellation decision, she added that ensuring social distancing and safety with so many participants “was absolutely going to be a nightmare” for parade organizers as well as the Casper Police Department, who provide security for the parades.

“While our Rotary group is very disappointed, we also understand and respect the input of state and local officials with regard to the parade and look forward to coming together, next year,” Penton-Jones added.

She said that while the parade has been cancelled, organizers are looking at ways to hold an annual chalk art event that is held in conjunction with the fair and rodeo, perhaps virtually. Penton-Jones said details of that event would be made available once a plan is in place.

Gordon and rodeo organizers announced the cancellation of the CWFR and other large summer rodeos in Wyoming during a press conference on Wednesday, May 27.

The governor also expressed disappointment in the cancellation of the rodeos, but noted that they would not be the same with the inability to hold events such as parades.

“This coronavirus thing sucks, there are just no two ways about it,” Gordon said.

Gordon has emphasized that the rodeo cancellations were not forced on rodeo organizers by the state. While the cancellation of six large rodeos was announced Wednesday, the Cody Stampede Board said on Friday that they have not cancelled their rodeo, despite their rodeo’s inclusion in the announcement.