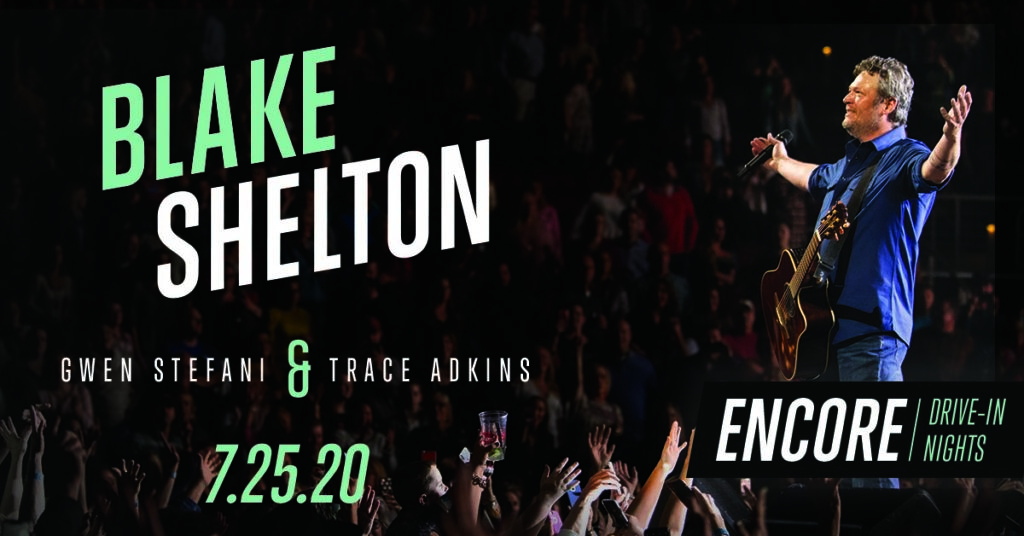 The Casper Events Center is a participating venue along with locations around the United States and Canada.

“These all-new performances will be filmed exclusively for each one-night-only event, and include cinematic interviews and storytelling,” Wednesday’s press release states. “The concert experience will deliver a front-row look at the world’s most iconic recording artists to fans across North America.”

The July 25 event kicks off the series of drive-in nights. Tickets will go on sale July 14 and will be available online.

“Amid the COVID-19 pandemic, drive-in theaters have proven to be a safe, creative way to deliver fans worldclass entertainment thanks to their ability to engage and delight large groups of people in open-air layouts,” the release states. “Fans will experience the Encore Drive-In Nights presents Blake Shelton with Very Special Guests Gwen Stefani and Trace Adkins concert feature and additional Encore Drive-In Nights shows from the safety of their personal vehicles.”

“Drive-in theaters hosting the Encore Drive-In Nights will adhere to Centers for Disease Control and Prevention (CDC) recommended guidelines as well as all state and local health mandates. Staff will wear personal protective equipment and enforce at least six feet of space between cars. The series will also use contactless payment and ticketing systems and limit capacity in restrooms. Guidelines around concessions will be enforced to abide by individual state regulations. For a full list of procedures that the Encore Drive-In Nights is employing to keep fans and staff safe, visit encorenights.com.”

The series is launching after Encore Live presented “Garth Brooks: A Drive-In Concert Experience” on June 27.

“Additional Encore Drive-In Nights performances will be announced in the coming weeks,” the release adds. “Information on upcoming acts and tickets can be found at https://www.ticketmaster.com/encoredriveinnights.”

“Unlike traditional concert tickets that are bought for individual admission, each ticket for the Encore DriveIn Nights will admit one passenger car, truck or SUV. That means up to six family members or friends (as many as there are legal seatbelts) can enjoy these exciting experiences together for one low cost.”