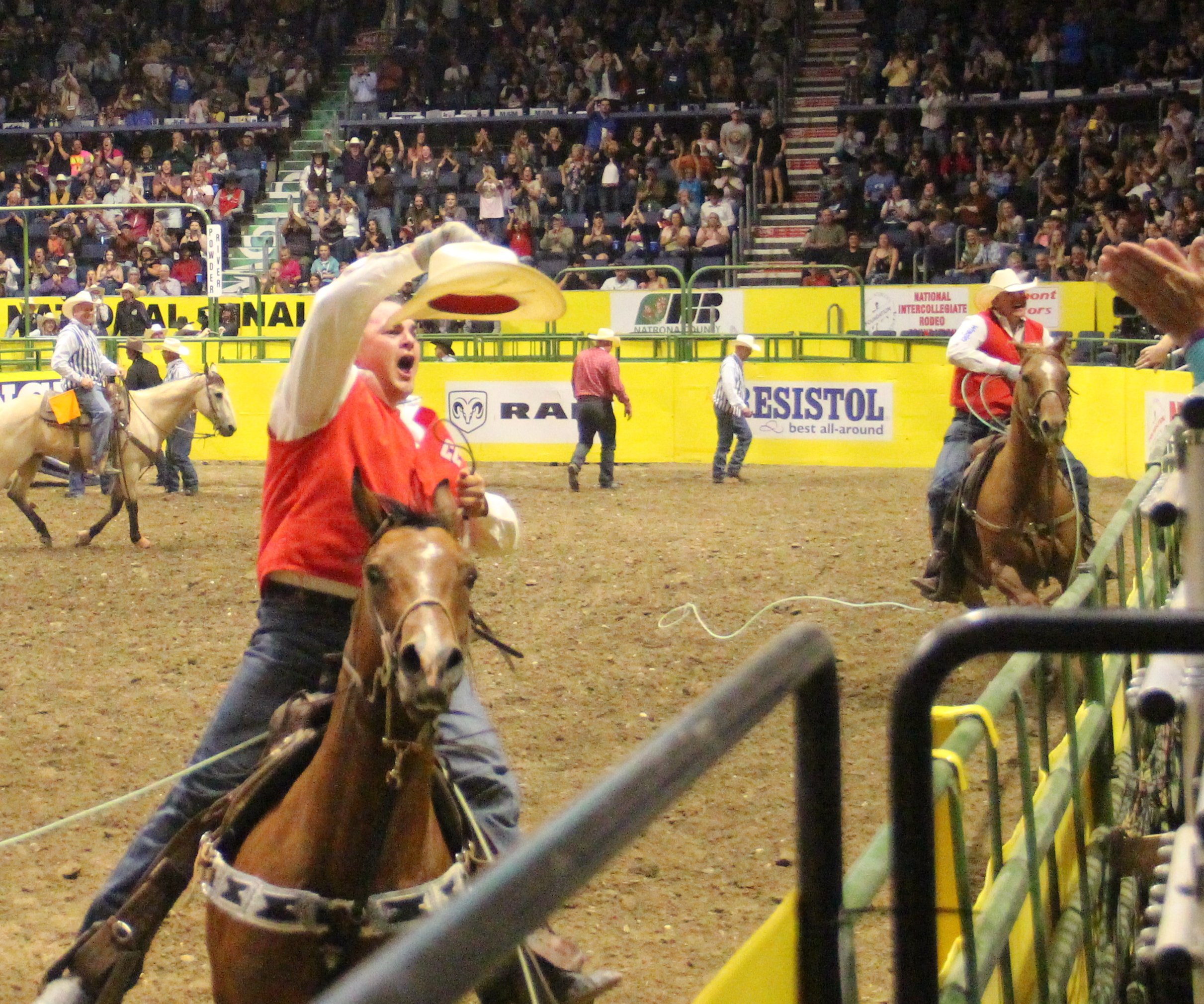 CASPER, Wyo. — Nine Casper College athletes will be competing in this summer’s College National Finals Rodeo, including Kellan and Carson Johnson, who will return to defend their national championship in team roping, Brad Murphy, general manger for the Ford Wyoming Center, said Monday.

Ticket sales are tracking ahead of sales at the same point in 2021 by 5–10%, according to Murphy. The 2021 event wound up drawing record crowds in Casper. With a large contingent of Casper College athletes as well as the return of more summer events this year, Murphy is hopeful that that will translate into another good year for the rodeo. Events coinciding with this summer’s June 12–18 CNFR include the return of NIC Fest as well as a Ned Ledoux concert at the Gaslight Social.

Some special events that proved popular in 2021 will be back this summer, including mounted shooting along with “Bulls, Broncs & Breakaway” on Sunday, June 12, according to Murphy. The mounted shooting involves contestants shooting blanks at balloons as they race through an obstacle course on the floor of the arena.

Casper Night will also return this summer on Tuesday, June 14, with $10 tickets available for all seats. Tuesday marks the first full performance at the CNFR and Murphy said Casper Night proved to be a big draw in 2021. Offering tickets at a lower price is a way to thank the community for supporting the rodeo, Murphy said.

Wednesday night will be themed “God, Country and Rodeo,” followed by a night honoring first responders and survivors of breast cancer on Thursday. Friday night will be military appreciation night ahead of the championship round on Saturday.

“Super excited to be working with Jim Dewey Brown,” Murphy said, noting that while the commissioner role may be new for Brown, he is not new to the CNFR itself. “I think he is just really looking forward to putting on a great event and growing it.”

Brown competed in the CNFR with Tarleton State University when he was in college, and has experience coaching at the CNFR as an assistant coach at Tarleton and then as head coach for New Mexico State University. Prior to stepping into the commissioner role, he served as arena director every year starting in 2009.

He was also familiar with Casper before riding in the CNFR in the late 1990s, Brown said Monday.

Brown said he’s been through Casper a number of times, adding that he thinks the community is a great place for the CNFR due to the weather generally being nice and due to the outdoor opportunities Casper offers to teams competing in the rodeo.

Teams often have the opportunity to go hiking, fishing or floating the North Platte River, and, if they have time for it, to visit Yellowstone National Park, according to Brown. Sarah Neely, director of public relations with the Rodeo Association, said CNFR organizers are helping put together things like a softball tournament, a golf tournament and a clay pigeon shooting event for rodeo athletes this summer.

“I know that the students and our coaches love those,” Neely said.

The role Brown handled as arena manager will be handled by three people at this summer’s CNFR, with Brown stepping into the commissioner seat. Brown said he’s excited for the rodeo this year and he thinks it is important for organizers to help put on a good show.

“It is the culmination of the whole year’s hard work that the kids have done,” he said. “We just need to make sure that we showcase these athletes.”

The City of Casper has purchased new dirt for the floor of the arena for this year’s rodeo, something Murphy said will be good for the event.

“It is going to be in great shape,” he said.

Neely said that organizers were a little nervous last summer, with the CNFR returning after a pause in 2020 due to the COVID-19 pandemic, but that the rodeo ended up turning out great.

More information about the 2022 CNFR is available online.