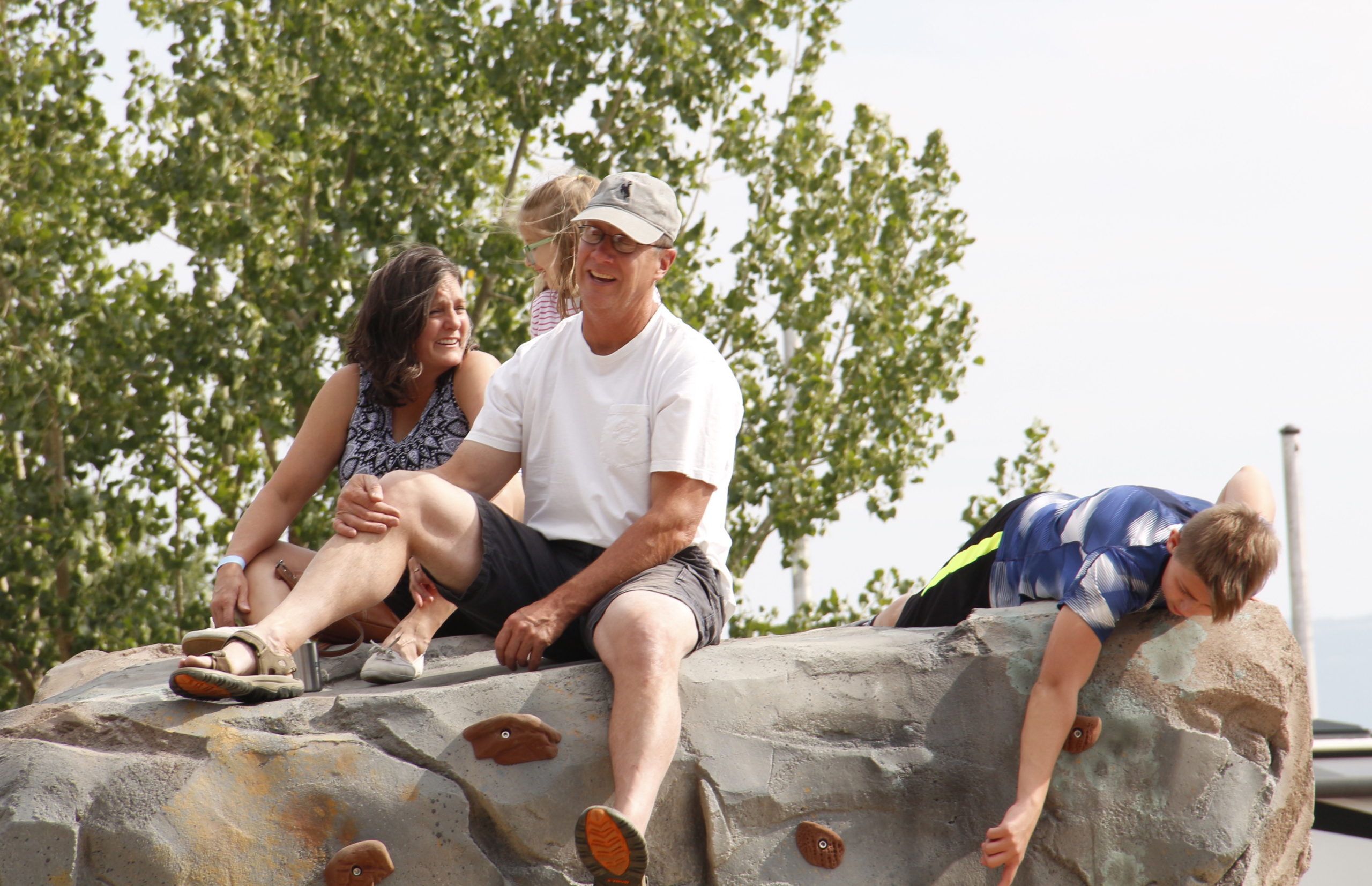 Riverfest saw the opening of the new Crossroads Park bouldering facility, donated by the Rotary Club of Casper. (Gregory Hirst)

CASPER, Wyo. — On Wednesday, June 29, the Casper Area Chamber of Commerce will host a ceremony at Crossroads Park from 5 to 8 p.m. as the Rotary Club’s new Adventure Bouldering Park is unveiled.

The event will celebrate a partnership between the Rotary Club and City of Casper “to bring outdoor bouldering to Casper families and climbing enthusiasts,” stated a news release sent Monday. Rotary Club first broke ground on the park during the summer of 2021 after about three years of preparation. Since its initial debut at the 2021 Duck Derby and River Fest, the park has undergone some improvements.

Adventure Bouldering Park is free and open to the public. Its design, physical infrastructure and installation were donated by the Rotary Club to the city. According to the release, “USA Climbing-certified route-setters will arrange routes and replace handholds.”

Light snacks and refreshments will be served at the ceremony.