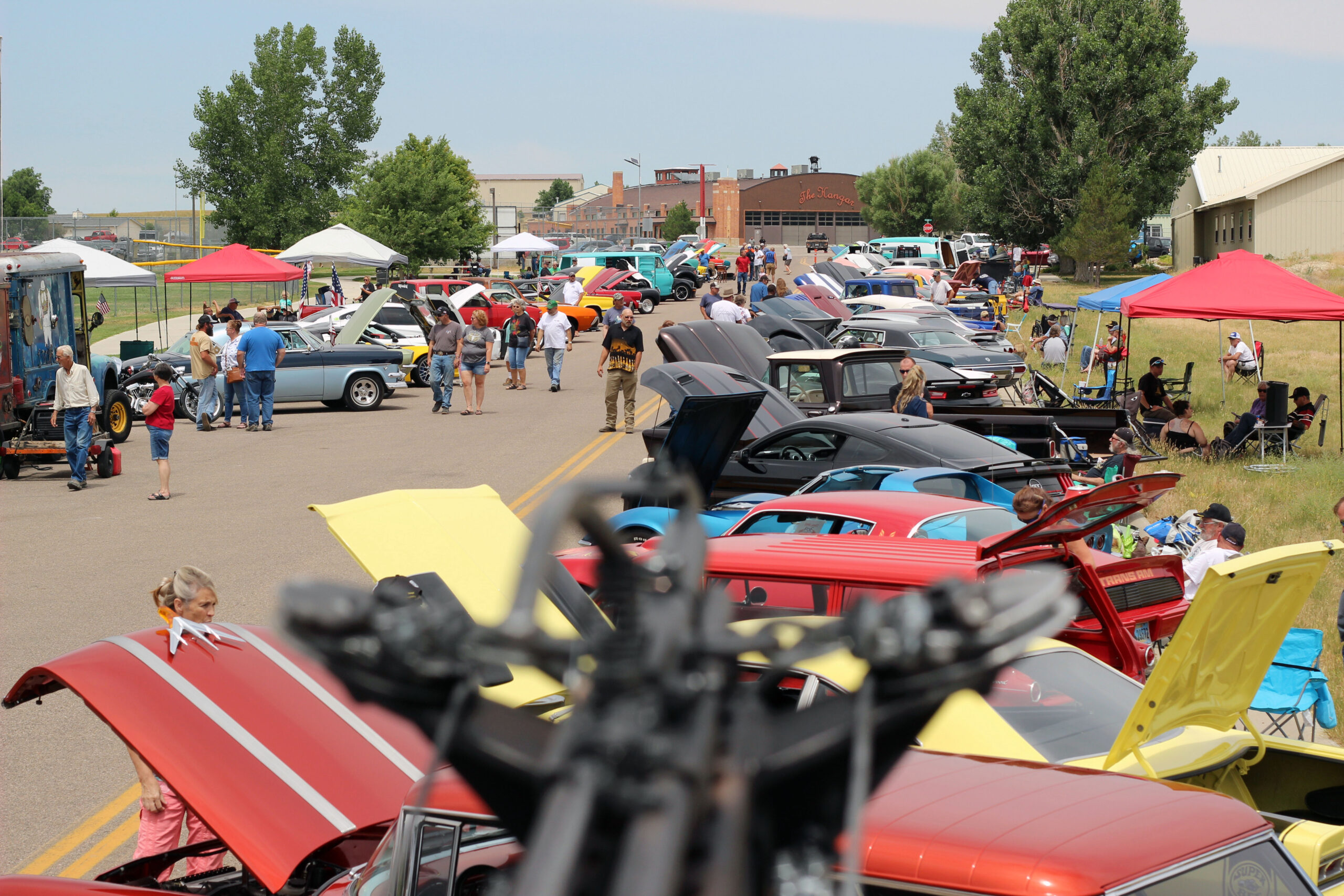 While the turnout was smaller than that of previous years, the department still considered the event successful. “It was pretty good, considering the economic conditions,” said Fire Chief Robert Hoover. “Cost of fuel, stuff like that.” Hoover also mentioned they were competing with some other car shows in town.

There were a total of 13 categories contestants could enter their cars into. Winners were announced around 2:30 p.m.

When they weren’t viewing or voting on the selection of vehicles, attendees could enjoy food and goods from vendors, like Not Your Mama’s Salsa and I’Scream 4 Ice Cream. Fire department T-shirts were also available for sale.

The town of Bar Nunn also got a chance to show off its new splash pad at the event. Kids cooled off playing in the water, welcoming a break from the over-80-degree heat.

All profits from the show will benefit Bar Nunn Fire Department, helping to pay for things the town’s budget can’t cover. Up to $4,000 has been raised in past years, Assistant Chief Cody Edgington told Oil City previously.