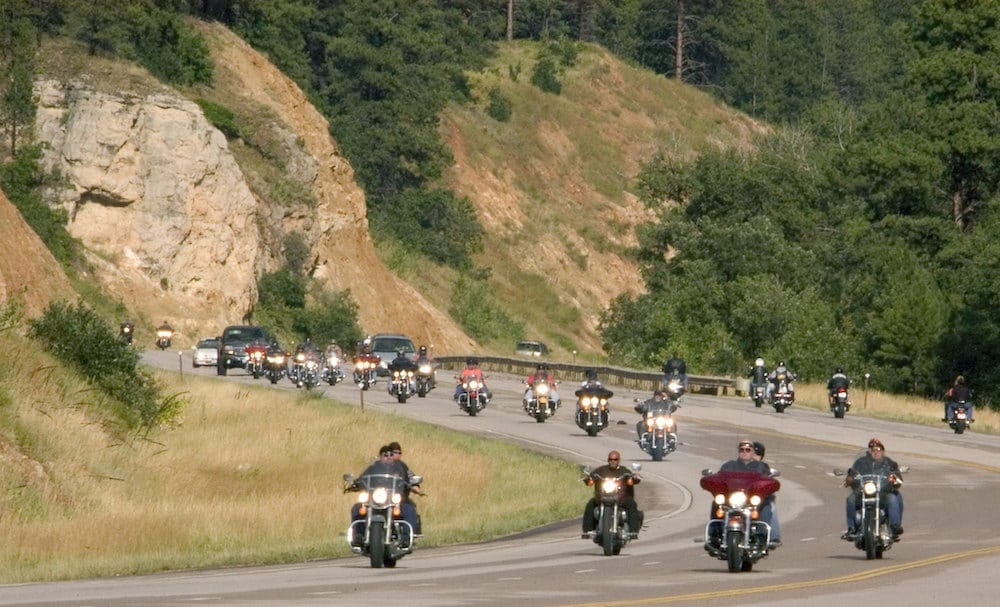 Motorcyclists from all over the country meet in Sturgis, South Dakota, every August for a big motorcycle rally. (South Dakota Department of Tourism/FlickrCC)

CASPER, Wyo. — The 2022 City of Sturgis Motorcycle Rally will kick off Friday, Aug. 4 in South Dakota.

Rusty Wallace, a “true racing legend” who was the 1989 NASCAR Cup Series Champion, 1984 Rookie of the Year and 55-time Cup Series race winner, will be the grand marshal for Sturgis this year, according to the City of Sturgis.

Wallace will help kick off the opening ceremony for the rally at noon Friday in downtown Sturgis. The 2022 rally will run from Aug. 5 through Aug. 14.