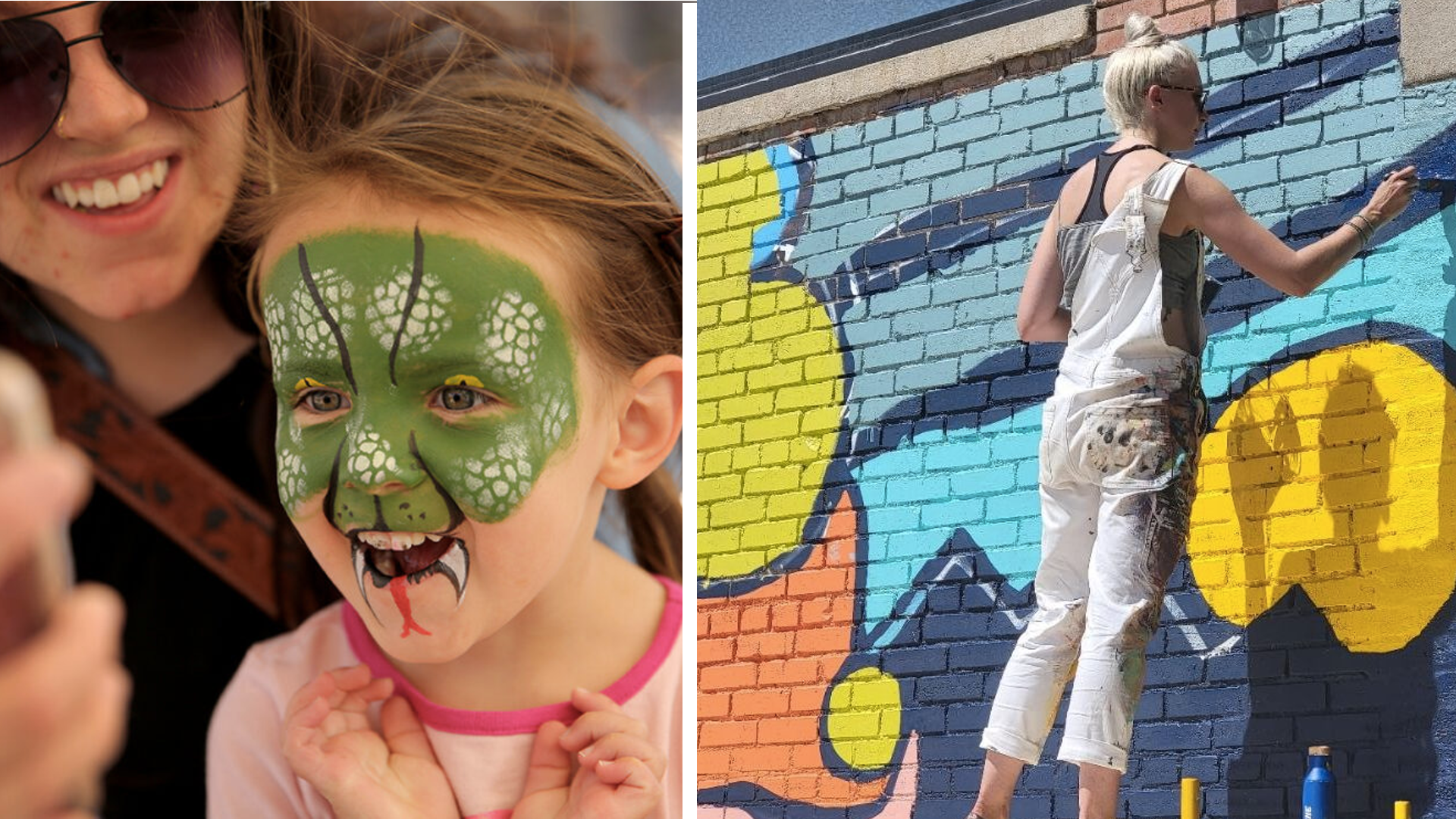 Since its inception in 2015, the walkabout event has been focused primarily on featuring local artists and galleries, according to Claire Marlowe, co-founder and owner of Scarlowe’s Art of Coffee and Gallery.

That emphasis will be well-honored this time around with the debuts of two brand-new murals and VIBES Fine and Performing Arts rocking the stage at David Street Station throughout the night.

Marlowe said this year’s traffic has been strong, with the addition of Blacktooth Brewing and Frontier Brewing Company’s new home at the former Fox III theater bringing foot traffic from West Yellowstone to the heart of downtown.

Art Walkers can also take advantage of Visit Casper’s new free audio tour of 10 Casper murals, most of them downtown. Information on muralist Koda Witsken’s new adornment of the alley wall between the Cadillac Cowgirl and the Rialto Barber Shop on Center Street can be found here.

Below are some of the featured artists, musicians, promotions, and vendors featured at this year’s final Art Walk.

ART 321 is hosting the opening reception for “Finding Beauty Amongst Beast,” the latest collection of fiber-quilted imagery by Casper artist Yong Hui Torske, which celebrates the memories made with her late husband.

Thursday will also feature the debut of Bria Hammock’s new mural “Fruit Shortage” on the west side of the ART 321 building. Hammock said in a release that the piece celebrates the building’s history as well as the formerly adjacent railway that helped Natrona County boom.

Scarlowe’s Gallery will be featuring the debut of its new seasonal subscription boxes, with premium art supplies (including coffee and tea), downtown gift cards, and other surprises. Future boxes will feature collaborations with local artists, Marlowe said.

Black Tooth Brewery will be rocking on the patio with Mastermind of Monkey, a Casper-based four-piece that brings classic covers (’50s to modern) and originals.

More locations and features are below, as relayed by the Casper Art Walk Facebook page.