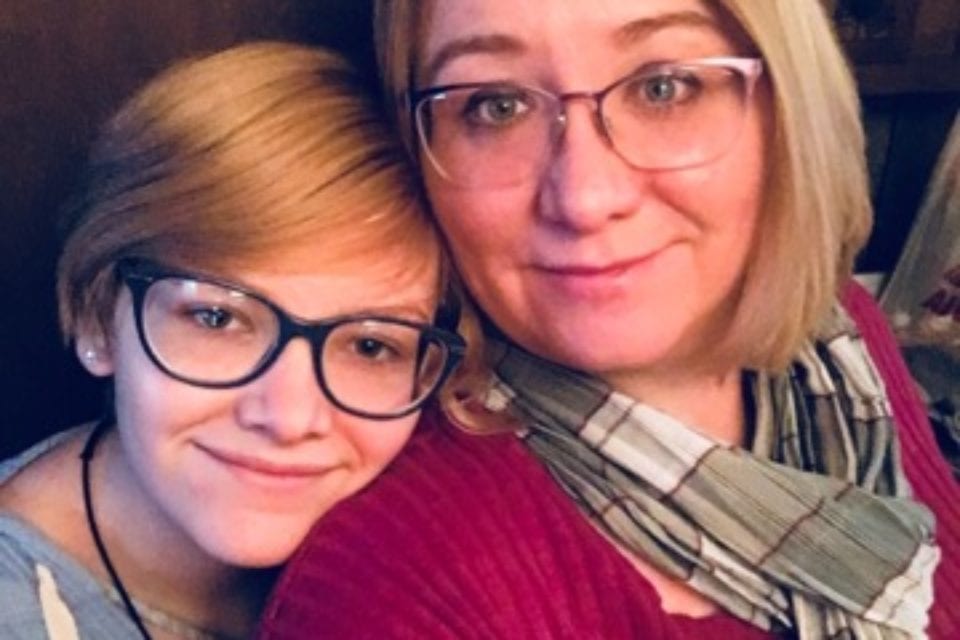 This story comes courtesy of County 17 and republished here with permission. The Jason’s Friends Foundation is currently assisting 95 Wyoming families that have children with cancer. The annual Bowl for Jason’s Friends fundraiser is on March 3 at El Mark-O Lanes in Casper.

(Gillette, Wyo.) It’s been years since Amanda Hanna’s daughter, Brooke, has had to deal with seizures, medications, and a growing brain tumor.

By the time Brooke was 3, the terrifying seizures were happening anywhere from 30 to 40 times a month, prompting Hanna to take her see a neurologist in to Casper, Wyoming. What the doctor had to say wasn’t good—Brooke had a brain tumor.

Hanna said that she was told she had 24 hours to get her daughter to Denver, Colorado, where Brooke could receive specialized treatment.

Hanna wasted no time getting Brooke to Denver and at first, the state of the tumor didn’t seem to be a cause for concern.

Doctors said the tumor wasn’t growing and if the seizures could be controlled with medication, it wouldn’t have to be removed.

Hanna and Brooke returned to Gillette, thinking everything would be alright if Brooke was taking her medication. A year later however, Hanna received frightening news.

“We went in for a follow up MRI, just to check everything out,” recalled Hanna. “The tumor had doubled in size.”

She was told she had another 24 hours to get Brooke back down to Denver. This time, they spent two weeks there while Hanna consulted with neurologists and neurosurgeons.

Doctors decided the tumor needed to be surgically removed but unfortunately, there would not be an opening for six months.

“So they told us we could come back to Gillette but to not unpack our bags because we had to wait for a phone call,” Hanna said. “If we got it and they could squeeze her in, we had to get back down to Denver.”

For the past ten years as of last August, Brooke has been tumor free, seizure free, and medication free.

A friend in need

With all the traveling that needed to be done to ensure Brooke received the medical attention she desperately needed, Hanna had to spend a significant amount of time away from work. This posed another problem for her—how would she pay her bills?

Hanna said that, more often than not, families in Wyoming live pay check to pay check and are not prepared for medical emergencies.

“I could not have done it on my own”- Amanda Hanna

Luckily, Hanna had a solution.

She reached out to the Jason’s Friends Foundation, a charitable organization that provides financial assistance to families who have children that suffer from cancer, brain tumors, and spinal cord tumors.

Hanna was immediately set up with a Jason’s Friends family advocate, who helped her receive the financial help she desperately needed.

“They helped pay for anything we needed while I was off of work,” Hanna said. “We needed help with rent because we were [traveling] back and forth from Denver.”

The process was incredibly simple.

“All I had to do was call them and tell them ‘this is the situation,’” said Hanna. She saved all of her travel receipts and emailed them to Jason’s Friends, who in turn sent her a check that completely covered all of her expenses.

“I could not have done it on my own. The stress level of dealing with [Brooke’s] treatment and things like that was enough,” Hanna said. “But having [the] peace of mind that we wouldn’t lose our house, we wouldn’t lose our car because they were able to pick up those expenses if need be, it’s a huge blessing.”

The story of a boy

In 1996, the Jason’s Friends Foundation was established by Rocky and Lisa Eades, inspired by the life of their nine-year-old son, Jason William Eades.

Jason had been eight when he was diagnosed with a brain stem tumor.

The Eades’ sought help from a pediatric neurosurgeon in New York. After a three months of radiation, chemotherapy, and physical therapy following his initial surgery, it had appeared to the Eades’ that Jason would fully recover.

In April 1995, an MRI scan showed that Jason’s tumor had disappeared and the family felt they had experienced a true miracle.

But in August 1995, Jason’s symptoms had returned. The Eades’ returned to New York where they learned that, sadly, the tumor was back and had grown significantly.

For eleven months, Jason fought a courageous battle as he endured multiple procedures and recovered from their side effects. But on November 11, 1995, Jason tragically passed away.

The foundation was established a year later as those who were touched by Jason’s life sought to honor his memory in a way that would be both helpful and meaningful to others.

When it was first established, the Jason’s Friends Foundation had very little money and sought to help people by fixing meals and shopping for them.

But while food and supplies were greatly appreciated, what families really needed at the time was financial support.

The Jason’s Friend’s Foundation rose to occasion and now the majority of help they provide to families is given in the form of financial assistance.

To raise the necessary funds to continue their charitable work, the foundation created an annual fundraiser—Bowl for Jason’s Friends—where people around the state can help it raise the money it needs to continue providing support for it’s families.

Since 1996, the Jason’s Friends Foundation has been able to give over $4.2 million to Wyoming families through fundraising, grants, and private contributions.

While the Jason’s Friends Foundation receives a decent amount of publicity in Casper, Hanna says that she doesn’t think very many people know of the help it can provide here in Gillette.

Jason’s Friends is “really known in Casper, but I don’t think in some of our smaller cities or outlying areas [that] people are aware of what amazing things they do,” Hanna explained.

The first step taken towards getting the word out was a post by Hanna in a classified Facebook page for the area.

Hanna said that talks with Lisa Eades, who is the foundation president, about spreading the word officially have started, but nothing has been done yet.

“I told [Lisa] we really should,” said Hanna. She says that she would be willing to work as a sort of liaison between the foundation and Gillette families.

In the meantime, Hanna hopes that families will hear of the Jason’s Friends Foundation through word of mouth.

“I’m hoping that by collaborating with [County 17] and Lisa, we can get something going in Gillette,” Hanna said.

There are some who would say that friendship is forever. Hanna is one of them. To this day, she remains a part of the Jason’s Friends Foundation family.

Even though Brooke has been seizure free for ten years that does not mean the foundation will not help Hanna again in the future if need be.

“We could call at any time and say ‘hey, we need to go, can you set us up with lodging?’ or things like that,” and the foundation would help, Hanna said.