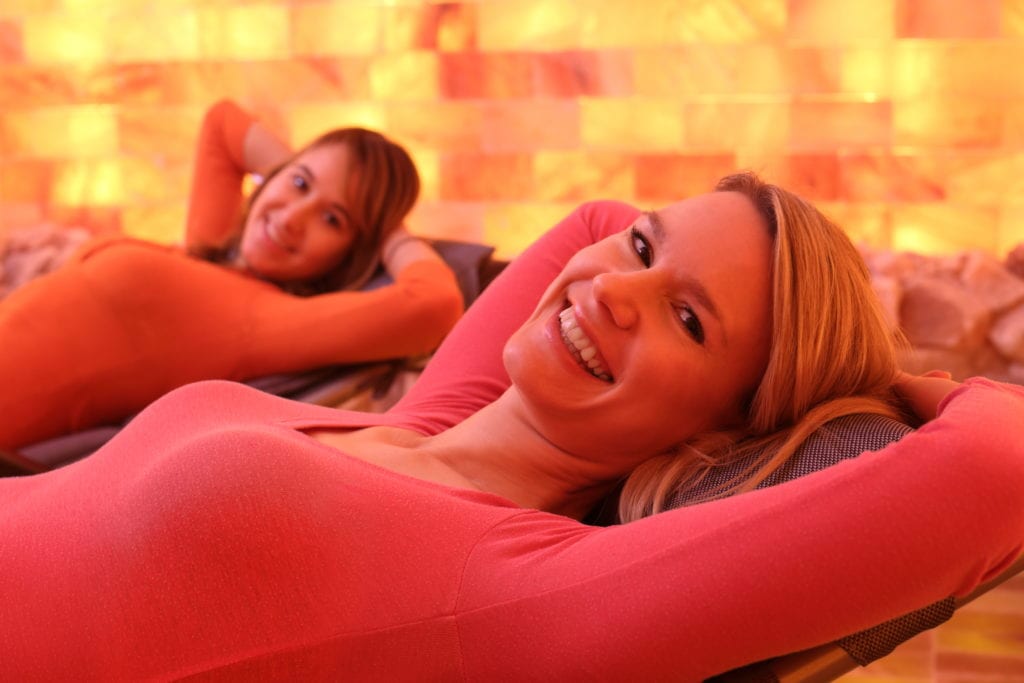 CASPER, Wyo — Casper residents looking to address a range of health issues with alternative medicine will soon be able to try halothearpy (salt cave) and infrared (IR) light therapy. According to co-owner Cassandra Baker, Balanced Healing Salt and Sauna is expected to open by August in a business suite on South Beech Street.

According to Baker, the halotherapy booth filtrates fine particles of Himalayan salt into the air. A study in the Journal of Medicine and Life found that halotherapy triggered anti-allergic mechanisms in patients with chronic respiratory symptoms, decreasing inflammatory processes.

Dr. Norman Edelman, Senior Scientific Advisor to the American Lung Association, said, “When fine salt particles are inhaled, they will fall on the airway linings and draw water into the airway, thinning the mucus and making it easier to raise, thus making people feel better.”

A study by the University of Eastern Finland evaluated the effect of sauna on the risk of hypertension in 1,621 middle-aged men over an average 22 year span. They found a 24% decrease in hypertension among men with a sauna frequency of 2-3 times a week, and a decrease of 46% among men who had a sauna 4-7 times a week.

Baker said both therapies will likely be augmented with aromatherapy.

Baker and co-owner Tina Nations (who will handle the halothearpy side of the business) met at Theraexpressions Meditation LLC,. Both had spoken to the yoga studio’s owner, Candace Lopez, about their interest in opening spas with the respective technologies. Lopez suggested Baker and Nations combine forces.

Baker said “everything aligned” when the business space below Theraexpressions opened up “And then we were off to the races,” Baker said. She signed the lease June 1.

She said infrared sauna sessions run 30-40 minutes and the booth can accommodate 2 people. Baker said initial price points for the salt cave will be $20 for 20 minutes, and 30-40 minute sessions in the infrared sauna will run $30. She is also looking at options for membership and referral pricing.

Baker, associate director of Wyoming Food for Thought, began her studies of alternative medicine 8 years ago to address skin issues and mood imbalances. She said she wasn’t getting the answers she was looking for from her traditional doctors. “I started eating healthier, I cut out a lot of sugar… I started trying to be more active and avoiding putting processed food into my body, and I started feeling better.”

Baker said alternative medicine has taken a while to catch up in the community at large, but that the COVID-19 pandemic has gotten people more interested in natural remedies.

She said the therapies could be useful for immunocompromised or wheelchair-bound individuals who aren’t able to use gyms or participate in more active forms of wellness.

Baker is also seeking accreditation in Ayruvedic medicine, an Eastern modality that addresses health characteristics of individuals based on 3 distinct body-types.