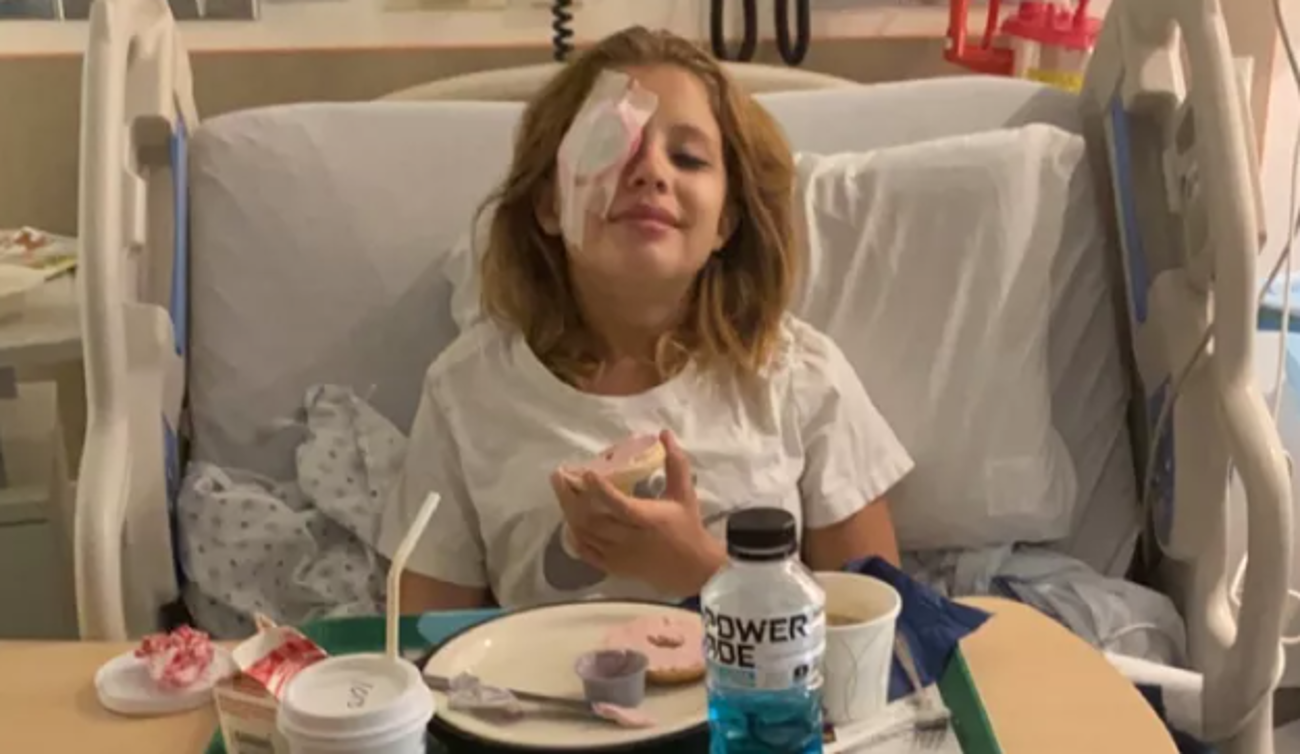 Kainoa Miller was accidentally shot in the eye with an airsoft gun on Saturday, according to her mother Nicole Miller. (Photo courtesy GoFundMe)

CASPER, Wyo. — A Lander family is asking for some help paying for a surgery to remove a pellet from a 12-year-old’s eye after she was accidentally shot with an airsoft gun on Saturday.

Nicole Miller said in a GoFundMe that the family was hanging out at City Park in Lander on Saturday to listen to music and hang out with friends.

Kainoa Miller, 12, was playing near the McManus River when something hit her eye, Nicole said. While she didn’t initially know what happened, Nicole said she eventually learned that one of Kainoa’s friends “jokingly” pointed an airsoft gun at her. Not knowing it was loaded, the friend pulled the trigger and the pellet became lodged in Kainoa’s eye.

Kainoa wears glasses, but the glasses were not touched in the incident, Nicole said. With the family initially unsure what happened, Kainoa was taken to a local hospital, where an X-ray revealed the pellet in her eye.

“We were flown to Salt Lake City, where they performed surgery to clean and seal the wound,” Nicole wrote on the GoFundMe created on Monday. “The BB has yet to be removed because we are waiting for the eye to be in a stable state for that surgery.

Surgery to have the pellet removed is scheduled for Thursday, Aug. 25, according to Nicole.

“Between gas expenses, hotels, and all the prescriptions and medical [bills], I honestly don’t know what the reasonable amount of financial help would be to request,” Nicole wrote. “Any and all help (whether financially or emotionally) is greatly appreciated. Thank you.”

In a note, Nicole also credited the Lander Police Department with helping learn what had happened in the incident. She also asked that parents make sure to educate their children to never point guns at people, whether or not they think the gun is loaded.

The GoFundMe has raised $3,100 toward a goal of $5,000 as of 2:45 p.m. Tuesday. A representative of GoFundMe brought the fundraiser to the attention of Oil City News and a reporter spoke with the representative on Tuesday.

The GoFundMe to help the Miller family pay for medical bills and associated costs is accessible here.