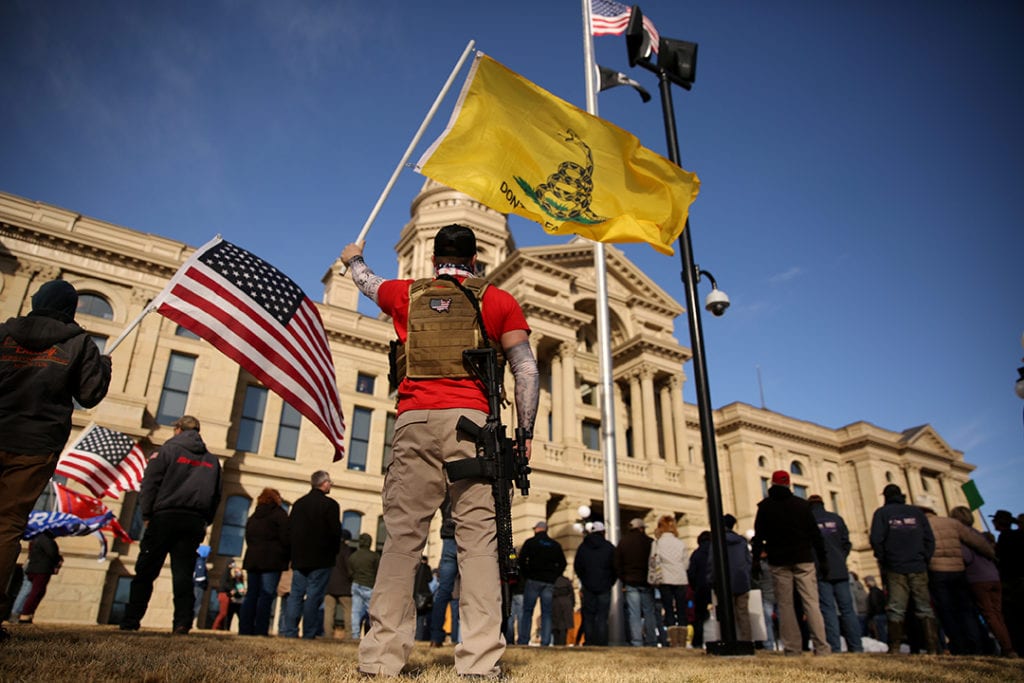 “No one seems to know if it’s the governor calling the shots or the state health officer,” he said at one point. “Where’s the leadership?”

Clem also called for the resignation of Wyoming state health officer Dr. Alexia Harrist during the rally, which he organized to protest state health orders intended to slow the spread of COVID-19.

Calling the governor a “tyrant” multiple times, he called for “civil disobedience” against the health orders.

“I’m asking you to be responsible, practice your civil rights, look out for your fellow man,” said Clem, who is a preacher at a Baptist church in Gillette.

Other speakers echoed his statements, including Natrona County representative Chuck Gray, who lamented that the state health officer is an unelected official.

“We are way past the moment when the legislature should’ve stepped up and gotten control over this,” Gray said.

Wyoming’s COVID-19 numbers stayed low during most of the year, until cases started to surge in the fall.

Governor Mark Gordon resisted issuing a statewide mask mandate until Dec. 9, after a number of counties had issued their own mandates.

Hospitalizations also started to trend downward at the start of Dec. As of Jan. 3, hospitalizations were down to 105 from the peak of 247 patients seen on Nov. 30. Some 438 people have died from COVID-19 complications in the state since the start of the pandemic, according to the Wyoming Department of Health.

Natrona County Health Officer Dr. Mark Dowell said in mid-December that declines in the number of COVID-19 hospitalizations was due to people wearing masks both in Natrona and statewide.

During Monday’s rally, speakers called for the elimination of all health orders due to COVID-19. At one point, Clem removed a paper mask from his pocket, doused it with hand sanitizer and threw it on the concrete as it burned. Others from the crowd added masks until a Wyoming Highway Patrol officer extinguished the fire.

After the nearly two-hour rally, protesters marched to the east side of the Capitol where they said Gov. Gordon’s office is placed.

They changed slogans, “stop the tyranny,” “one-term governor,” and “we will not comply.”