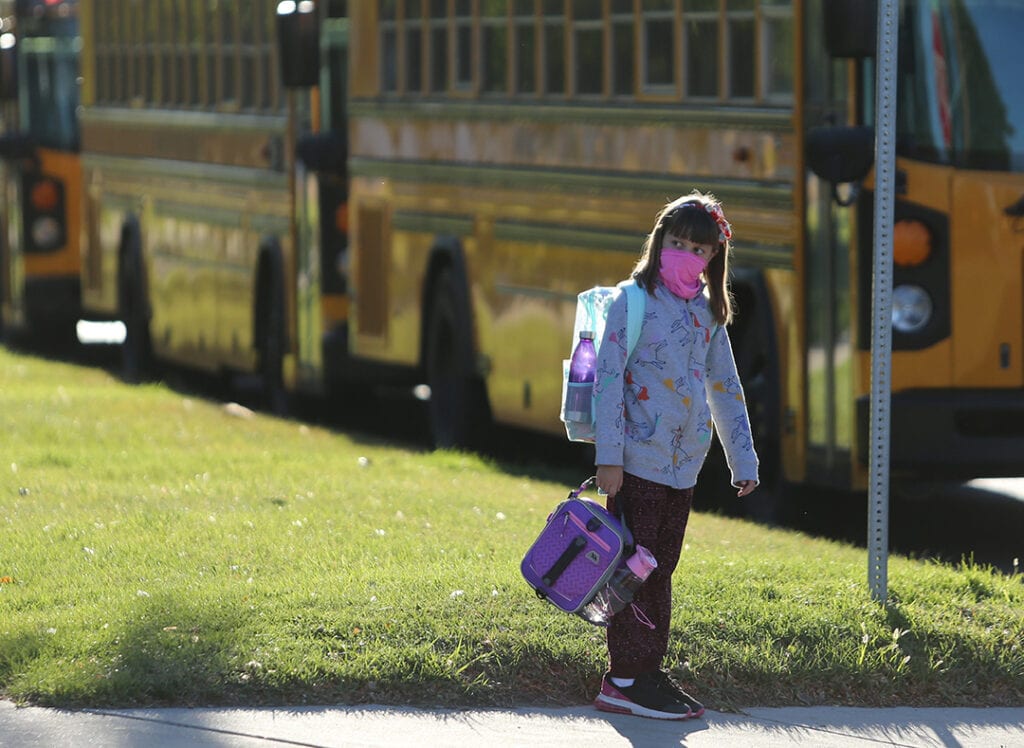 CASPER, Wyo. — The Natrona County School District Board of Trustees held a special meeting on Monday night on whether to request a variance from Wyoming’s statewide rules that face masks be required in schools in order to mitigate the spread of COVID-19.

The trustees voted 4-5 against requesting the variance. State health officials would have needed to approve of the variance request before NCSD could have been exempted from the mask requirement. The trustees briefly considered requesting a variance to begin the fall 2021 semester, but decided to wait on such a consideration until there is further guidance from the state.

NCSD has 36 days left in the 2020-2021 school year. The district conducted surveys of both staff and parents and guardians regarding whether they would support removing the mask requirement, as explained in this article.

NCSD Superintendent Mike Jennings said, as he did last week, that there is not enough time left in the school year for students attending school in person to switch to the virtual learning program.

That testimony from both health officials and from parents and guardians can be heard in the following video:

The NCSD trustees vote to request a variance from the statewide face mask requirements was as follows:

For requesting the variance:

For keeping the mask requirement in place at this time:

“I want to lift the variance now, but my heart says we shouldn’t yet,” Jensen said. He said that he thinks in-person learning has been superior to virtual learning.

Jensen said he thinks there are three types of opinions in regard to face masks:

Jensen said that he thinks most people are in the group that tolerate masks, but most in this group don’t like masks.

He said he thinks that it is important to protect the concerns of the minority. While the majority of parents, guardians and staff support removing the requirements, he thinks the district should wait until fall to remove the requirement so that parents, guardians and students could make a clear-eyed decision as to what they want to do rather than having a decision forced on them in the middle of the semester.

Walsh also said she would support requesting a variance with a majority of survey respondents indicating support such a request.

Howie said her thinking was similar to what Jensen expressed in terms of protecting those in the minority: “How do you just turn the backs on people who are afraid?” she asked.

Myler said that he would support a variance if there was “some sort of assurance” that students who wouldn’t want to stay in schools if the requirement was removed were given an alternative educational opportunity to finish the year.

Applegate said that he thinks it is a “very difficult issue” and that he would fully support removing mask requirements for the fall semester if conditions are the same and there is availability of COVID-19 vaccines to students. He said that parents and guardians who think mask requirements are necessary should seriously consider enrolling their students in virtual education next school year.

Smith said she has concerns about the rhetoric surrounding face mask requirements. While she said masks may not be a matter of life or death, she would support the variance request because of the survey results, because masks are not required in the general public and because Natrona’s COVID-19 transmission rates are not high.

Alvey said she was in favor of the variance recquest as whether to wear masks should be left up to people individually.

Catellier said he would like to have heard from more experts such as health experts. He said his mindset was similar to Applegate and Jensen in terms of lifting the requirement in the fall rather than immediately.