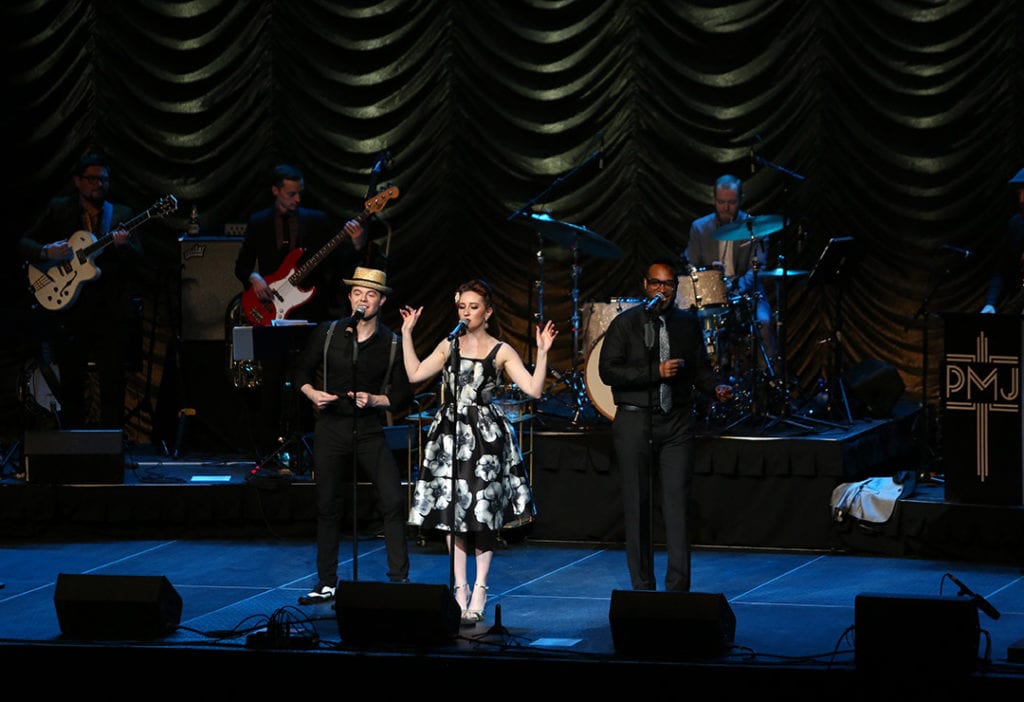 Imagine Outkast’s “Hey Ya” reworked as a swinging, jazz club number or Madonna’s “Material Girl” morphed into a New Orleans-style romp, then you’ve got an idea of what brought Casper music fans to the Casper Events Center on Thursday night.

Postmodern Jukebox’s formula is to make modern pop hits sound like they existed in an idealized 1920s-era speakeasy.

The idea of celebrating the old and new school originated with jazz musician Scott Bradlee, who started recording elaborate jazzy reworkings of unexpected new hits with fellow musicians and posting those videos on YouTube. They soon followed the decidedly modern path of viral videos to success.

The “group” is really a brand, as various official Postmodern Jukebox troupes touring the world with a revolving group of talented musicians.

Postmodern Jukebox plays in Fort Collins tonight as they continue their “Welcome to the 20s 2.0” tour.