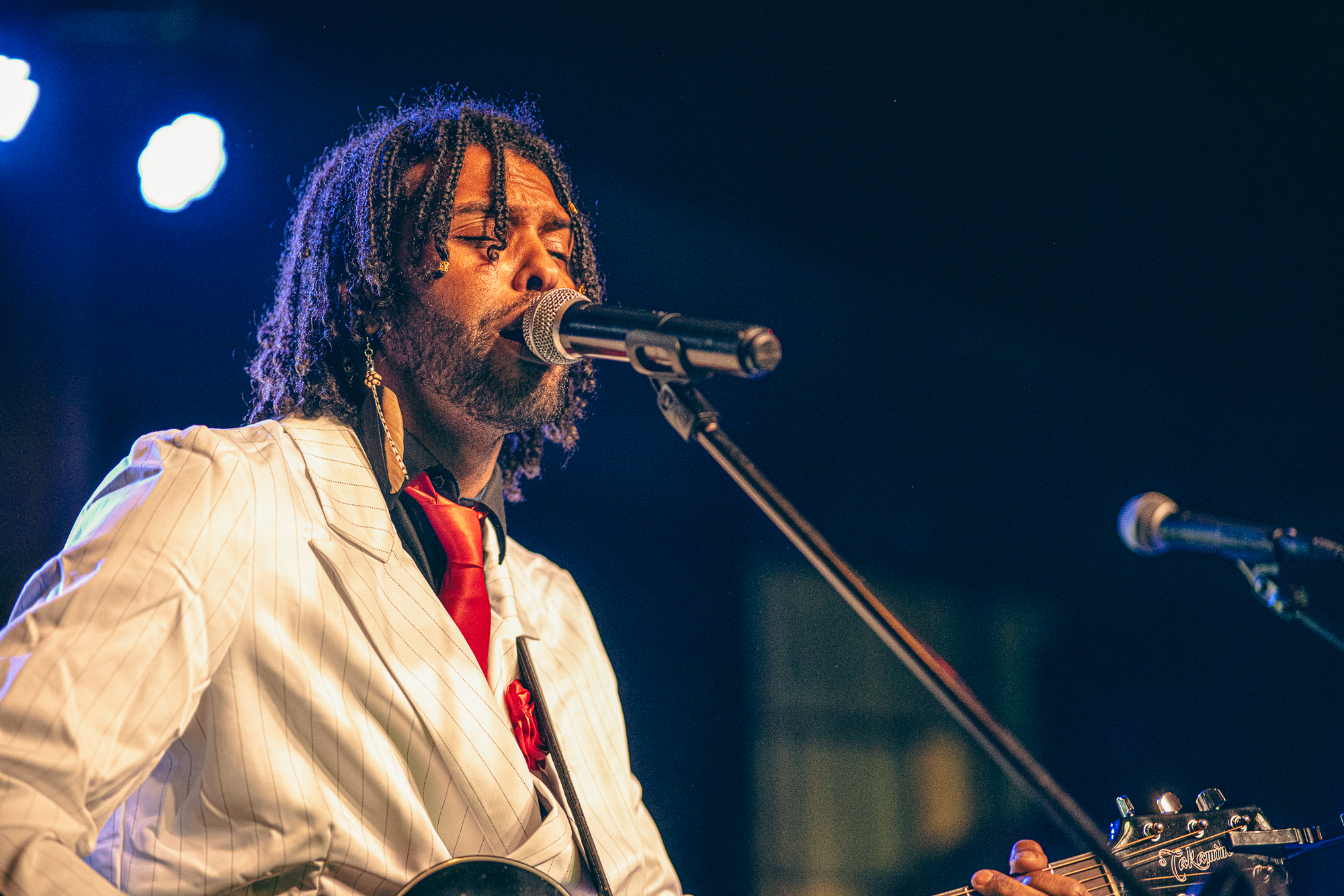 CASPER, Wyo. — The Halloween weekend kept the groove alive and rocking through Sunday evening at The Gaslight Social. Aquile gathered a selection of friends and local musicians to celebrate the end of what has been a busy Halloween weekend. Not much can beat the weather, but the selection of artists that came together Sunday evening shows just what Wyoming can bring to the table.

Brian Gray started the night, followed by John May and Heath McAteer. Soothing guitars warmed everyone up for a refreshing performance from Manny Tha Kidd, a local R&B/rap artist, showing the growing dynamic of Casper’s music scene.

The Man in Tan has decided to call Wyoming home. Great energy continued as Joe Cheyenne and some of The Brother Bandits jumped on stage. Christian Wallowing Bull, Winner of the 2021 Wyoming Singer-Songwriter’s competition, was joined by partner Fiadh for a powerful set of songs.

Elise Wunder, the only act from outside of Wyoming, took the stage and stole the vibes until she was joined on stage by Zach Scott and Josh Wingrove. The togetherness put on show was astounding. Finally, Aquile and the band took the stage and the night away. There’s still one night left to celebrate Halloween, Casper, so do your best to enjoy it and each other. Happy Halloween!

Here are some more photos from the night: