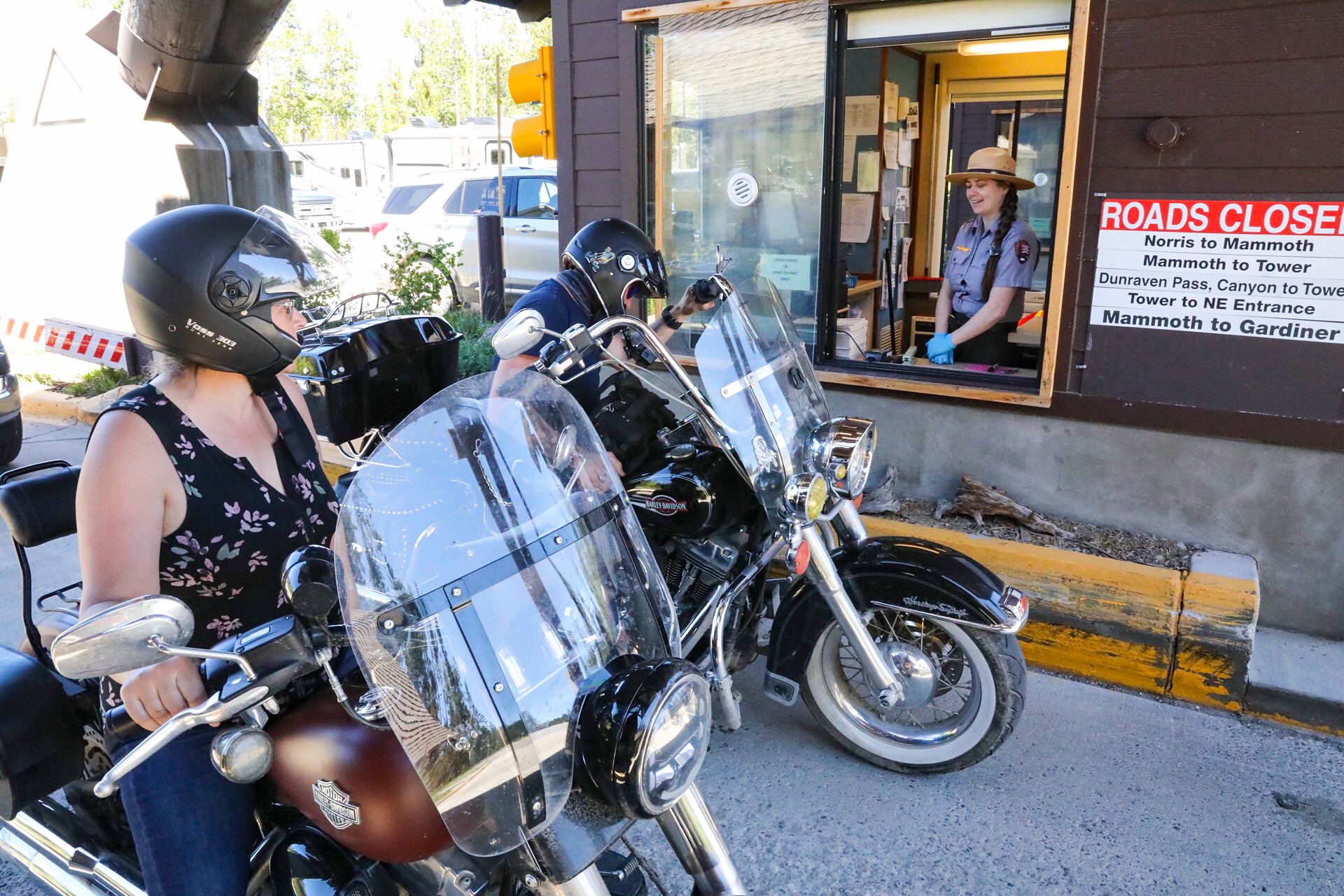 Major traffic backups occurred on Wednesday morning but have eased throughout the day as the park worked to welcome visitors under an interim visitor access plan aimed at preventing Yellowstone from becoming overcrowded.

“As the park expected, traffic entering through only three entrances (South, West, East) did cause major backups initially; however, backups have cleared at each entrance,” Yellowstone said via Facebook. “By 12:30 p.m. only 20 cars were in line at the West Entrance.”

“Park staff have monitored traffic throughout the day and reported light to medium activity in most areas. Norris Geyser Basin, one of the busiest destinations in the park, reported light activity. Less than 5,000 vehicles have entered the south loop today — normally it is 10,000 or more vehicles.”

Yellowstone’s interim visitor access plan is based on people’s license plates and whether the last number on a plate is odd or even. The system works under the following rules:

• Entrance will be granted based on odd/even days on the calendar.

• Personalized plates (all letters, for example “YLWSTNE”) will fall into the “odd” category for entrance purposes.

• Plates with a mix of letters and numbers but that end with a letter (for example “YELL4EVR”) will still use the last numerical digit on the plate to determine entrance days.

• Entrance station staff will turn away vehicles attempting to enter the park when the odd/even numerical digits do not correspond to the odd/even calendar date for entrance.

Most visitors on Wednesday seemed to understand the license plate system, with Yellowstone reporting that it had to turn away fewer than 1% of vehicles that attempted to enter.

“The park will monitor traffic and expects backups to be high in the mornings as day-use visitors enter and should normalize mid-morning through midday,” Yellowstone added. “As a reminder, just like many times during normal years, traffic is backed up numerous miles at the West and South entrances.”

The park may adjust its visitor access system if deemed necessary.

“While it’s too early to tell if the license plate system worked, it appears to have done its job by cutting our normal traffic counts by half,” Yellowstone Superintendent Cam Sholly said. “As we’ve discussed with our community partners, we will monitor this together and make adjustments if necessary. We’re happy to have visitors back in Yellowstone and appreciate the patience of the public and community partners as we continue working through this difficult situation.”

Yellowstone opened the south loop on Wednesday, but the northern loop in the park remains closed due to significant damage to roads from the flooding. The following map shows which areas are open and closed: