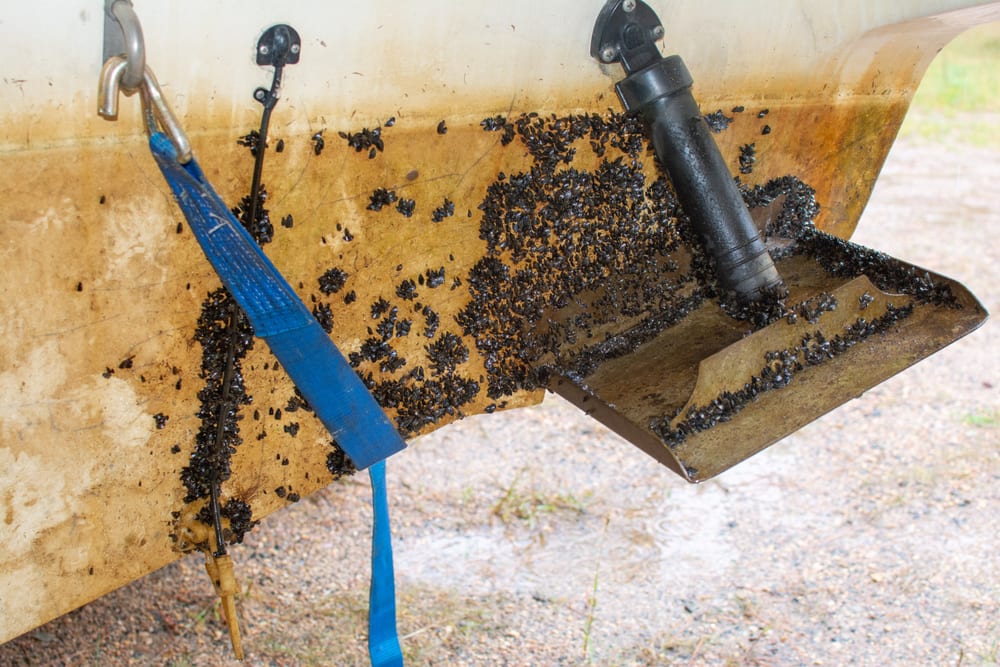 CASPER, Wyo. — The Wyoming Game and Fish Department said Monday that inspection stations have seen an increase in the number of boats harboring invasive aquatic animals and plants this season.

Twelve boats harboring invasive species — 10 boats with mussels attached, one with a live brook stickleback mixed with live-caught bait, and one with curly pondweed — have been intercepted at the inspection stations about four months into the 2022 boating season, according to Game and Fish. In addition to invasive species, inspectors have also intercepted live baitfish that are illegal in not only Wyoming but west of the Continental Divide altogether.

Invasive species that have previously gotten into Wyoming waters include curly pondweed, brook stickleback, Asian clams, New Zealand mudsnails and rusty crayfish, according to Game and Fish. On the other hand, the state is one of the few that have yet to document infestation of invasive mussels.

The watercraft inspection stations are meant to help defend against the introduction of invasive species into Wyoming water. Game and Fish operates 14 permanent stations, and there are also certified private inspectors who can help check watercraft. The department has inspected over 17,000 watercraft so far in 2022, which tracks with numbers from the previous two seasons, according to Game and Fish.

“Inspection stations are certainly busy — which is good,” Leonard said. “That means a lot of boaters are recognizing inspections are key to keeping zebra and quagga mussels and other threats from spreading. The inspections take minimal time, but they can get busy — especially around a holiday weekend. If there is nothing of concern found — like mussels, snails, plants or standing water — you can be on your way quickly.”

“It’s state law that all boaters must stop when coming upon an AIS inspection station — even if they stopped at one prior,” the department said. “Any watercraft transported into Wyoming from March 1 – Nov. 30 must undergo a mandatory inspection by an authorized inspector prior to launching on any Wyoming waterway. If boaters entering Wyoming do not encounter an open AIS check station on their route of travel, it is the boater’s responsibility to seek out an inspection.

“Further, if the watercraft was used on a water suspect or positive for invasive mussels in the last 30 days, it must be inspected prior to launching year-round and may require decontamination. Full rules are available online.“