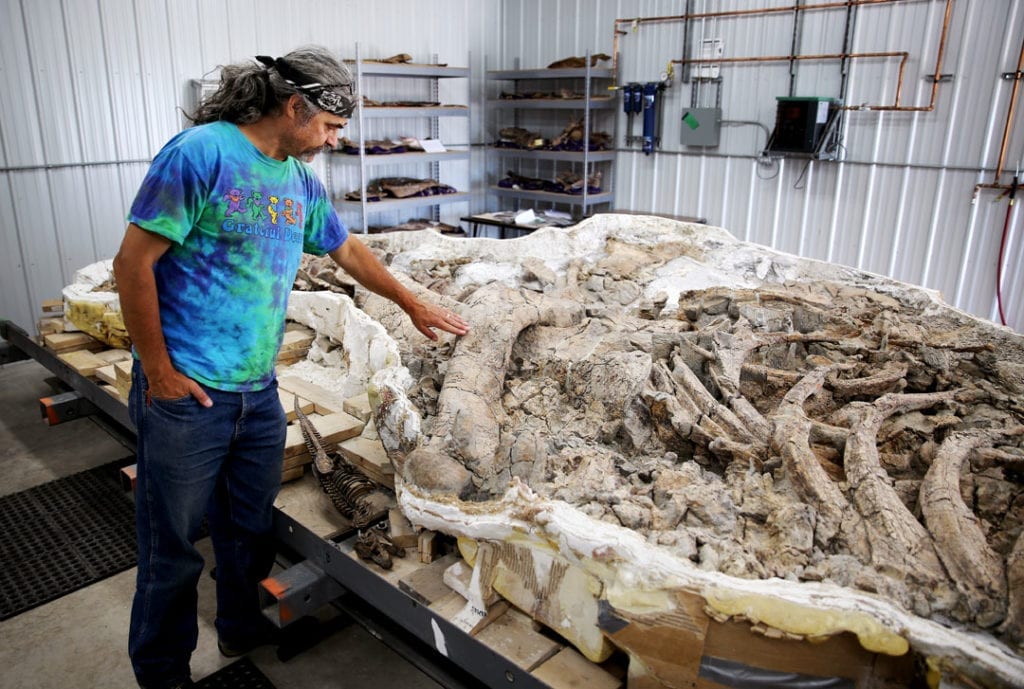 A 25,000 lbs. tyrannosaurus rex thought to be 65 to 67 million years old will now have a new home inside a new annex at the Tate Museum at Casper College.

The Tate is holding an open house starting at 4:00 today, May 31, at its new Rex Annex to celebrate the addition.

The speciman, named “Lee Rex” after the ranch’s owner near Lusk where it was discovered, is thought to be about 65 to 67 million years old.

It appears to be nearly fully grown according to the Tate’s field prep specialist J.P. Cavigelli, who discovered the specimen in 2005. About five years later he and a team dug it out, cast it and moved the entire piece on a custom frame to Casper.

There are now eight T. rex specimens that have been discovered in Wyoming, but Lee Rex is the only one to remain in the state.
Along with housing Lee Rex, the new annex will also serve as extra work space for other large specimens the Tate might eventually recover.