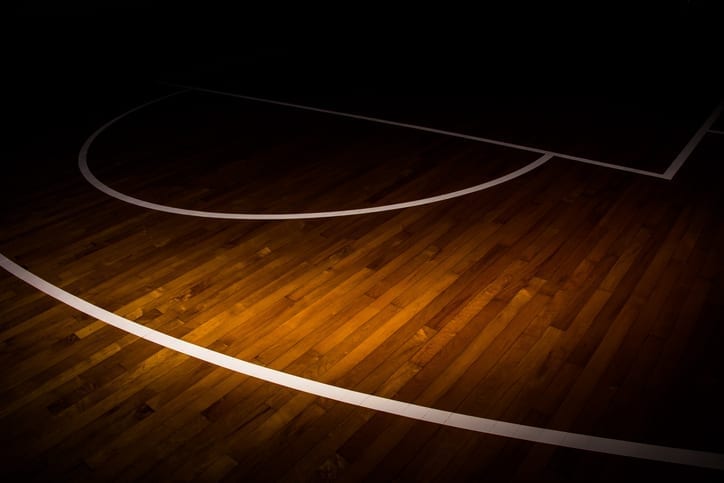 The Cowboys hit 12 three pointers, but the Utah State had a 41-26 advantage on the boards including 13 offensive rebounds, as Wyoming (16-10, 6-7 MW) fell to the Aggies 81-74 (11-13, 5-8 MW) on Saturday eveningat the Dee Glen Smith Spectrum in Logan, Utah. Junior guard Louis Adams led UW with 16 points for his seventh game in double-figures this season.

Adams scored 14 of his 16 points in the first half of the contest. Junior guard Jeremy Lieberman added 11 points, which all came in the second half. Senior guard Jason McManamen had 10 points on the night with two three pointers. He has 184 threes in his career with the Cowboys and needs 10 more to be Wyoming’s all-time leader.

“You are always continue to get your guys to go out there and compete,” Edwards said. “Our guys played good basketball and they made some shots in timely moments. We did a good job taking care of the basketball, but had a few timely ones that hurt us.”

Wyoming scored 13 points off of turnovers with the Aggies adding 14 points on second chances. The game finished with neither team leading by more than two possessions until the end of the contest.

Adams was aggressive with a pair of steals giving the Cowboys their first lead of the game at 9-7 at the 16:43 mark of the opening half. UW opened the contest going 5-for-6 from the field to take a 13-10 lead into the first time out of the contest.

Utah State went on an 11-0 run fueled by six points from Jalen Moore to take a 21-13 lead on the Cowboy. The Pokes hit three triples with two from redshirt freshman guard Cody Kelley and one from Dalton to cut the deficit to 27-25 halfway through the frame.

Wyoming took back the lead on a three pointer from way beyond the arc from sophomore guard Justin James to make it 35-33 with 6:05 remaining in the first half. The Pokes struggled from the field the rest of the frame finishing the half going 1-of-6 to trail 43-42 at the break.

Guard Kobe McEwen led an early charge for the Aggies in the second half adding four-straight points to give Utah State a 53-51 lead five minutes into the frame. The Pokes went on a 5-0 run holding USU scoreless for over three minutes to take a 56-53 at the 13 minute mark.

Turnovers gave the Aggies the lead back on a layup with under 10 minutes remaining to make it a 59-58 contest. The Pokes battled back to tie the contest on a triple from Herndon to make it 63-63 with under eight minutes left.

The Pokes took a brief lead at 65-64, but the Aggies responded with a 6-0 run to take a 70-65 advantage with a five minutes left in the contest. The Pokes cut it to two points at 70-68 on a fast break dunk that James brought from behind his back. But that momentum was stopped after a jumper by Moore to make it 72-68.

Lieberman cut the deficit to four points after a pair of Aggies free throws to make it 74-70, but a three pointer from Moore with 41 seconds left sealed the 81-74 win.

Utah State was led in scoring by Moore, as he had 23 points on the night and surpassed 1,000 points for his career. Taylor Quinn added 14 points, as five Aggies scored in double-figures.

The Cowboys return to action on Tuesday hosting Colorado State for the first Border War contest of the season at 7 p.m. in the Arena-Auditorium.