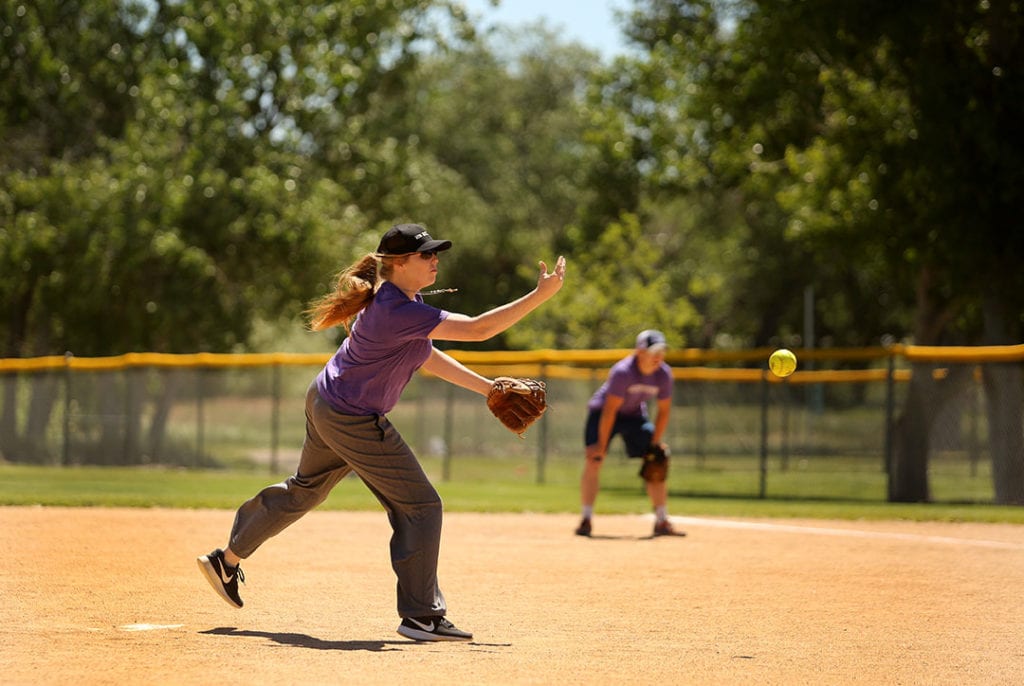 Softball coaches, players, and their parents attended the Monday, Feb. 11 Natrona County School District Board of Trustees meeting—for a second at bat. Some of the softball advocates previously spoke at the Jan. 28 school board meeting to ask that softball be sanctioned as a high school sport.

“I would like to see Natrona County give these girls a chance to play,” Casper Rebels softball coach Claire Smith told the school board Tuesday.

He also said that at least four other Wyoming school districts were looking into the possibility of sanctioning the sport, adding that at least eight schools were needed for the Wyoming High School Athletic Association to sanction the sport.

“Wyoming history has had a lot of history of strong women,” one softball player told the school board. “Our district and state builds up strong girls. Please do not deny us this opportunity.”

The school board’s Chair Rita Walsh hinted some encouragement to the softballers.

“I hope you found some courage after listening to Mr. Wilcox on this,” she said, adding that it was unique of the softball advocates to attend two meetings in a row and sit through the entire proceedings.

Wilcox pointed out that there seemed to be some push throughout the state for the sport.

“Everyone’s kind of on the same page as far as a timeline in working on this,” he said.

One parent told the board she’s had a son involved in baseball and hoped her daughter could get similar support.

“We have put our whole lives into this and I believe that all girls should have the opportunity to do this,” she told the board. “Imagine if we let our children, our daughters, play this sport.”

“I love softball and I would love to play in high school,” said one of the girls.

Wilcox added that there was indeed one less girl’s sport than boys after the district stopped sanctioning gymnastics. He said that the district would be reviewing the interest surveys and following developments in the the other districts across the state.