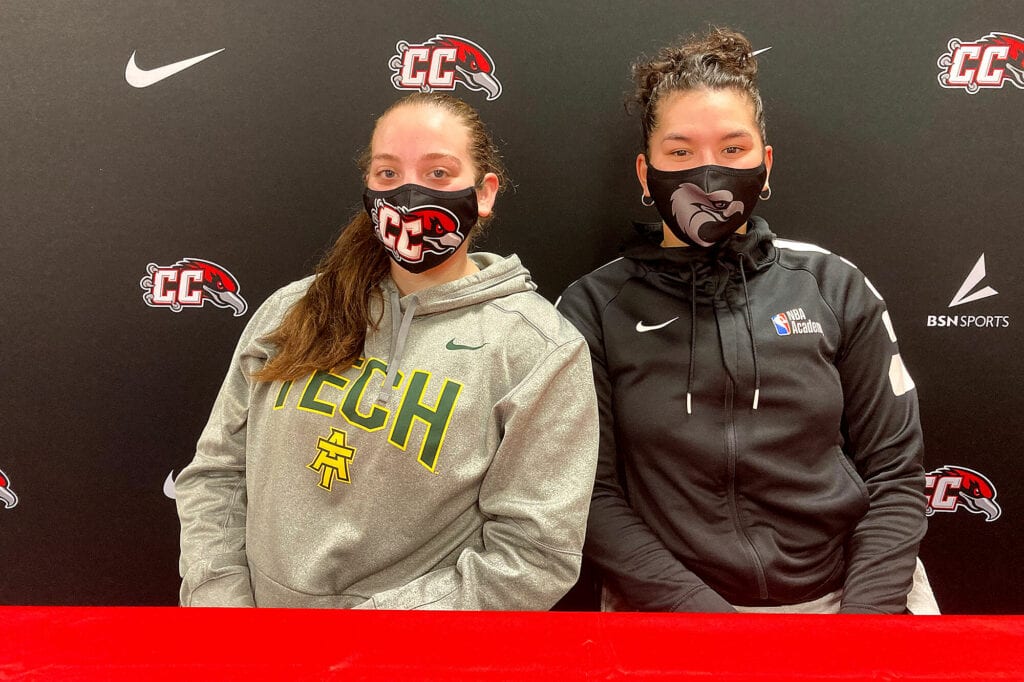 King-Hawea comes from Point Cook, Australia. She initially came to Wyoming to play at Gillette College, but when that college cut their athletics programs, Casper College recruited her to play for the Lady T-Birds.

“Kobe earned her scholarship last year while playing for Head Coach Liz Lewis at Gillette College,” Lady T-Birds Head Coach Dwight Gunnare told Icenogle. “Kobe had a great career with Gillette College. The University of Texas will be getting a very good ballplayer in Kobe King-Hawea. We are really proud of Kobe.”

King-Hawea is ranked as the number one junior college prospect in the country, according to Dan Olson’s Collegiate Basketball Report and the World Exposure Report, Icenogle writes.

“Obviously, we are ecstatic about adding the No. 1 junior college prospect in the country to our existing outstanding recruiting class,” said Longhorns Head Coach Vic Schaefer in an interview for the Texas team. “Kobe is a very smart and heady player. She sees the floor and gets her teammates involved, and she will be an impact player.”

King-Hawea led Gillette College during her time there, averaging 20.5 point, 7.3 rebounds and 5.4 assists per game.

“At the end of the season, Gillette was ranked No. 21 in the country with a 28-5 record, in large part thanks to King-Hawea’s talent,” Icenogle writes. “She also became the program’s only first-team-All-American and the only freshman named to the team. When she choose Casper College, King-Hawea found herself in a winning atmosphere with the 2019-2020 T-Birds ranked No. 15 nationally and 29-3 on the season.”

Bakic comes from Danilovgrad, Montenegro. She scored 10.1 points per game and grabbed 5.5 rebounds in her freshman year at Casper College.

She’ll play at Arkansas Tech under Head Coach Dave Wilbers “who has led the Golden Suns for 14 seasons and has a record of 298-93.”