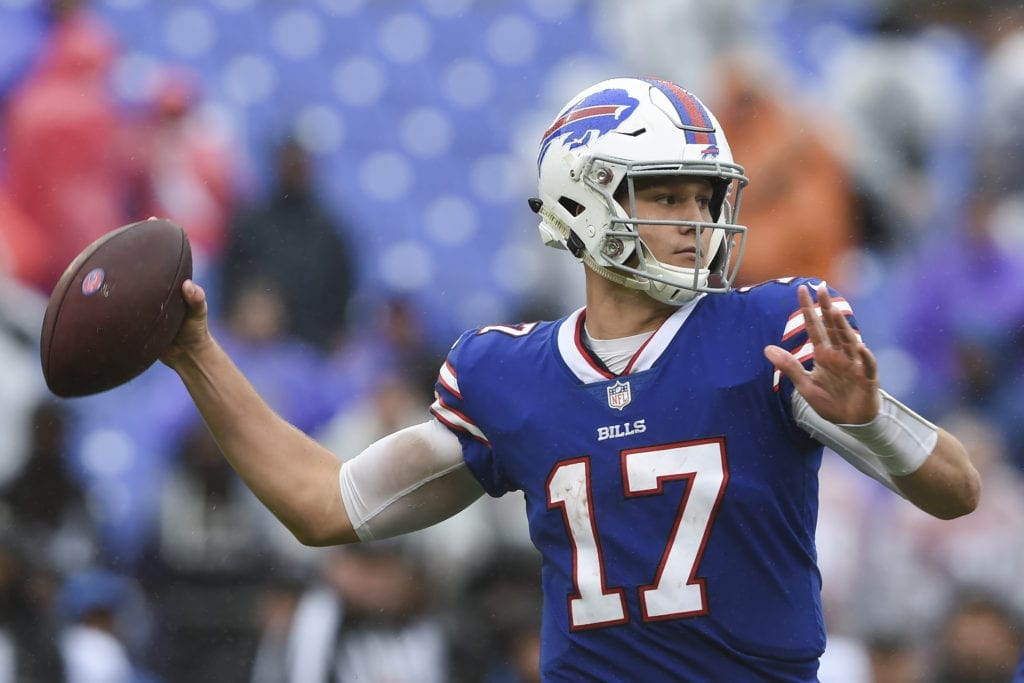 Buffalo Bills quarterback Josh Allen (17) was awarded the AFC “player of the week” by the NFL for week 2 of the 2020 season. (AP Photo/Gail Burton)

On Wednesday morning, former University of Wyoming star and current Buffalo Bills quarterback Josh Allen was selected by the National Football League as the AFC Offensive Player of the Week after his dominating play against the Washington Football Team this past Sunday.

Allen ran and threw the Buffalo Bills past the Washington Football team by a lopsided score of 45-23. Allen passed for 358 yards and four touchdowns in the blowout. The QB also ran for another TD score to give him 5 total for the day. He spread the ball around the team, finding 9 different receivers.

The former Poke earns his seventh such honor in his career. In 2020, Allen earned the Offensive Player of the Week Award four total times. Of his seven similar awards, five of them have come in his last 19 games.