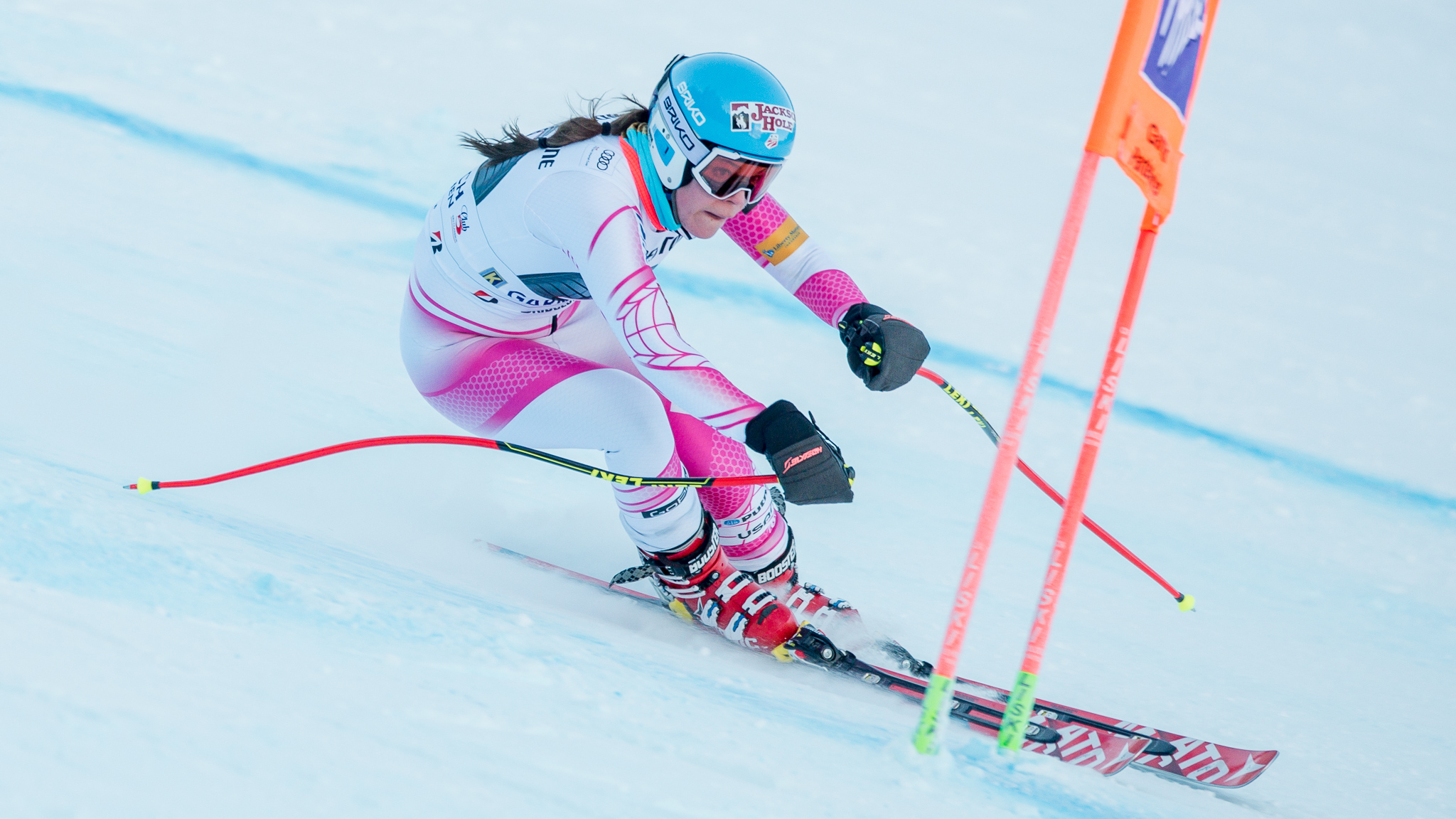 Team USA skier Breezy Johnson competes in an event in 2017. The Jackson native will be part of a small contingent of Wyomingites that will compete at the 2022 Winter Olympics in Beijing. (Stefan Brending, Wikimedia Commons)

The Bills needed an elite performance from Allen to stay in the thick of the playoff hunt, and they got it as Buffalo easily romped 31–14 over the Carolina Panthers on Sunday at home.

Allen entered this weekend with a sprained left foot that had him in a walking boot after the Bills’ overtime loss to the Tampa Bay Buccaneers last week, but looked unaffected against Carolina as he tossed three touchdowns and 210 yards through the air. Moreover, after running 12 times for 109 yards against Tampa Bay, Allen — who only rushed three times for 24 yards against the Panthers — got some much-needed help in the backfield from tailback Devin Singletary, who scampered 22 times for 86 yards and a touchdown.

The former Cowboy gunslinger is on pace for his second straight 4,000-yard season, but has dropped out of the lead he had earlier in the season for most Pro Bowl votes among AFC quarterbacks. Nonetheless, it would be a major surprise if Allen isn’t eventually selected to his second Pro Bowl nod. A massive AFC East clash with the division leading New England Patriots awaits next week.

Wilson has been out with a shoulder injury since suffering it in a Week 13 loss to the Los Angeles Chargers, and will likely be sidelined again for Cincinnati’s huge AFC North game against the Baltimore Ravens on Sunday, Bengals coach Zac Taylor told reporters Monday.

To emphasize how huge of a loss Wilson is on the Bengals’ defense, the former Poke and Mustang is still Cincinnati’s leader in total tackles (92) and interceptions (4) despite missing over two and a half games.

COVID-19 outbreaks in the Philadelphia and Washington Football Team locker rooms pushed back their meeting from Sunday to a rare Tuesday NFL game this week. For now, Epps is still on the Eagles active roster and will be playing his first game in 16 days following the Eagles’ planned Week 14 bye.

Wingard set a new career high in combined tackles with nine while playing 100% of defensive snaps in Jacksonville’s first game this season without controversial coach Urban Meyer, a 30–16 drubbing against fellow basement-dwellers in the Houston Texans.

The Jaguars are very bad, but Wingard is carving out a nice role in the secondary. His 25 tackles over the past three games are the most Wingard’s had in a three-game stretch in his NFL career.

Gipson was placed on the Bears’ reserve/COVID-19 list prior to Chicago’s 17–9 loss to the Minnesota Vikings that officially knocked it out of playoff contention. He’ll potentially look to suit up against the Seattle Seahawks next Sunday.

Despite a coaching change, there was little change in Bryan’s playing status for a poor Jacksonville defense. The former Mustang played 25 snaps (19 on defense, six on special teams) in the Jags’ defeat to the Texans, recording one quarterback hit in the process.

Granderson played 47% of snaps on a Saints defensive line that contributed to one of the more shocking scorelines of the season Sunday night, a 9–0 shutout win over quarterback Tom Brady and Super Bowl contenders Tampa Bay. The former Cowboy finished with two combined tackles in the win.

A week after starting for Denver in its win against Detroit, Purcell’s role was reduced a bit to the bench as he played fewer than half (40%) of the Broncos’ defensive snaps. Still, the veteran D-tackle made good use of his minutes as he finished with three combined tackles.

Hollister finally saw playing time again Sunday for lowly Jacksonville for the first time since Week 6, featuring in 31 snaps (20 offensive, 11 special teams) and assisting on a tackle on special teams as the Jags slumped to defeat again. Hollister is still fourth in the tight end slot on Jacksonville’s depth chart, but with increased COVID-19 positives across the league and much uncertainty between that and how things will go in the post-Meyer era, it could open up a place for him.

A recent outbreak of COVID-19 among several different NBA teams has arguably hit no roster harder than the Brooklyn Nets. Sure enough, the former Thunderbird is one of 10 Brooklyn players currently in virus protocols, a list that includes the Nets’ “Big 3” of Kevin Durant, James Harden and Kyrie Irving.

Johnson has been in the protocol since December 14, leaving him inactive for Brooklyn’s past three games, which were wins against the Toronto Raptors and Philadelphia 76ers and a loss to the Orlando Magic.

The Blazers have been spared — for now — from the virus breakout causing havoc within the NBA as one of the few teams without a player currently in the league’s protocols. Nance is approaching his 29th birthday on New Years’ Day and is putting up some grizzly veteran performances in the meantime to celebrate.

Before this past week Nance, in 27 prior games this season, had only played over 27 minutes once. In four games this week, he cracked that barrier every single time. There was little to complain about in the Blazers’ game against the Charlotte Hornets on December 17 as he scored 10 points (Nance’s fourth double-figure game of the year) and tallied seven rebounds as he helped Portland stop a brutal seven-game losing skid. Two nights later at the Memphis Grizzlies, Nance scored just two points but brought down 11 rebounds as the Blazers managed a second win in a row.

Nance is finding a rhythm in Portland’s rotation, having started the last five games.

The PyeongChang Olympian is back in the fray for Team USA this winter in Beijing. A moguls skier that obtained a silver medal at the 2019 World Championships in dual moguls, Kauf calls the town of Alta (near Jackson) home and is often skiing around Grand Targhee Resort when not on the World Cup circuit.

Johnson has rocketed up the world skiing rankings and has already qualified for Team USA’s alpine skiing team along with two-time Olympic gold medalist Mikaela Shiffrin.

Johnson’s specialty event, the downhill, will be contested February 15 in Beijing.