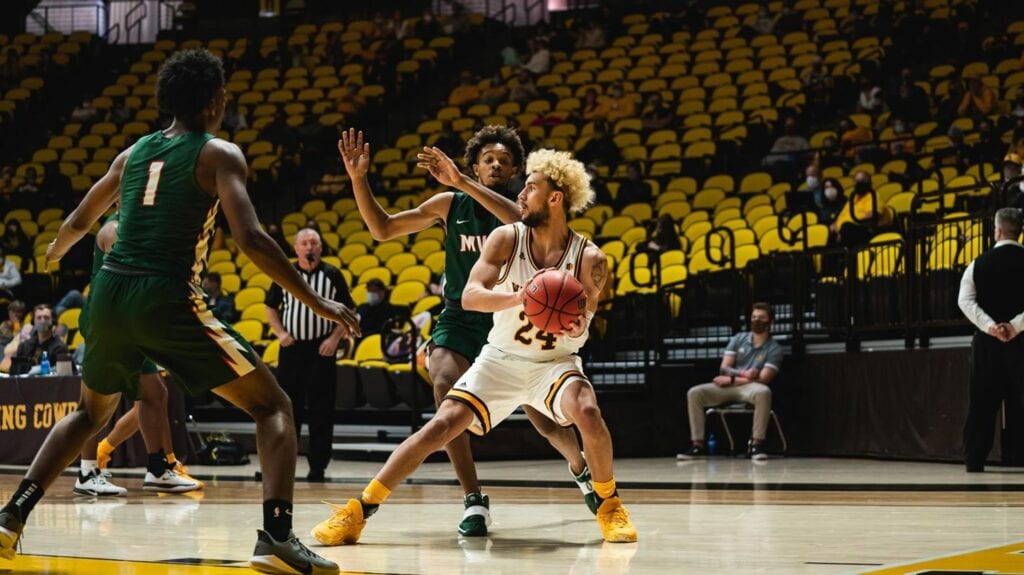 Wyoming men’s basketball nearly forced overtime against Stanford following a furious comeback effort, but two game-tying 3-pointers missed in the final five seconds as the Cowboys lost 66–63 in their first game of the Diamond Head Classic on Wednesday in Honolulu, Hawaii.

Down as much as 12 in the first half, the Cowboys (9–2 overall) stormed back and took the lead with 6:12 remaining in the second half on the backs of a 25-point, 11-rebound double-double from center Graham Ike and double-digit scoring displays from guards Hunter Maldonado (18 points) and Xavier DuSell (13 points).

After Stanford’s Harrison Ingram made one of two free throws to put the Cardinal up by three with 24 seconds left, UW had one possession to attempt to tie the game. DuSell’s effort with four seconds to go went offline, as did Maldonado’s who got the offensive rebound but couldn’t get his 3 to drop.

Efficiency from deep was a major problem all night for the Pokes, who shot a putrid 4 of 23 from past the 3-point arc. A 7 for 13 (53.8%) rate from the free throw line didn’t help matters, either.

Wyoming will play Northern Iowa in the consolation bracket of the Diamond Head Classic at 4:30 p.m. Thursday. The game will be televised on ESPNU.