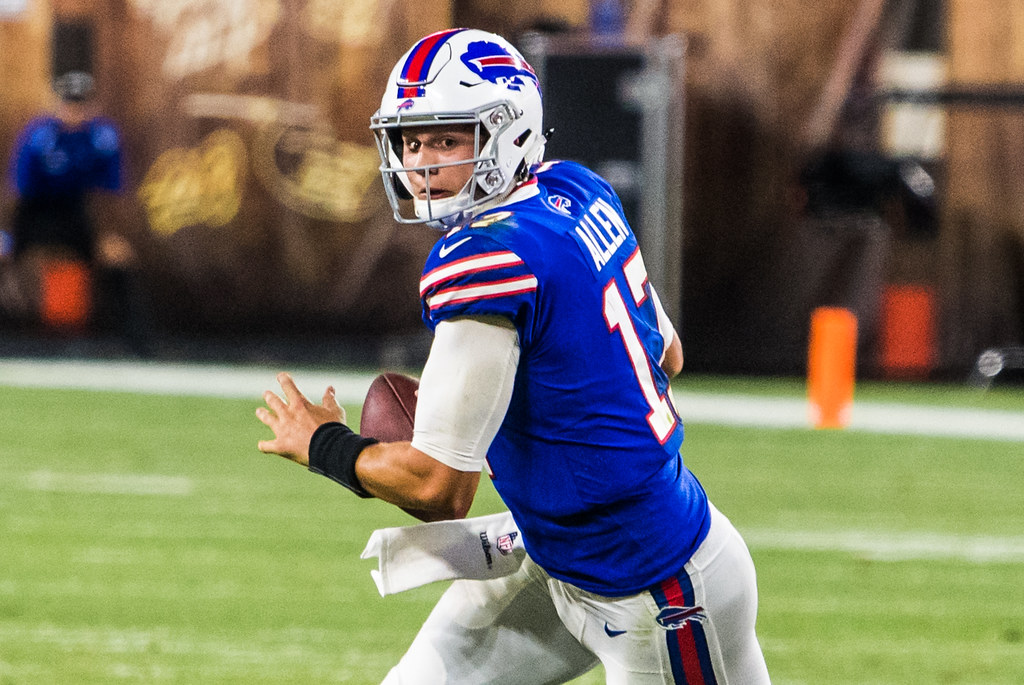 But when the Pro Bowl rosters were released Wednesday, Allen wasn’t on them.

Justin Herbert of the Los Angeles Chargers, Patrick Mahomes of the Kansas City Chiefs and Lamar Jackson of the Baltimore Ravens were named as the AFC roster’s three representatives under center. In a selection process involving fans, players and coaches, their consensus was that Allen wasn’t worthy of a Pro Bowl spot.

Many, many others involved around the league disagreed.

“As far as what like Josh put on tape consistently, everybody was thinking of him as the MVP,” Bills wide receiver Stefon Diggs, who made the Pro Bowl, said of his quarterback’s snub at the team’s press conference Thursday. “It’s hard to not put a guy like that in the Pro Bowl, and you’ve seen him make many plays. His numbers also prove it as well.”

Diggs has a point: The numbers do speak for themselves.

Among AFC quarterbacks entering this week’s slate of games, Allen is fourth in passing yards behind Herbert, Mahomes and Las Vegas Raiders signal-caller Derek Carr, while only behind Herbert in passing touchdowns. Already one of the league’s best quarterbacks on arm talent alone, it’s Allen’s running prowess that makes him one of a kind.

Only the Philadelphia Eagles’ Jalen Hurts and Jackson have more rushing yards from the quarterback slot in the NFL this season, and none have more runs of 20 yards or more (seven) than the former Poke. In fact, that tendency for the big play is elite among all rushers: Indianapolis Colts tailback Jonathan Taylor (11) and Cleveland Browns running back Nick Chubb (nine) are the only players in the league, regardless of position, that currently have more than Allen’s tally.

But there was one player in particular that Allen was often paired with in comparison in the roster release’s aftermath.

“There’s no way to justify Lamar Jackson making the team over Josh Allen,” Fox Sports 1 analyst Chris Broussard said on network show First Things First on Thursday morning. “And I know how great Lamar Jackson has been and his stature in the league, but … he’s got Lamar beat in everything. … You can’t even look at their records and say, ‘Well Josh, his team is more disappointing.’”

Sure enough, when stats are brought up in comparison between Allen and the electric Jackson, it’s not even close who has had the more productive year. Allen wins it in a landslide.

To be fair to Jackson, an ankle injury has been nagging at him and has resulted in him playing two fewer games than the former UW man this year. However, Allen still has a better completion percentage (65.2 to 64.4%), more passing touchdowns (31 to 16), fewer interceptions (12 to 13) and more rushing touchdowns (four to two) in fewer attempts (90 to 133).

Jackson has made a living in the NFL as a game-breaking, dynamic rushing talent — an elite runner that doubles as a good passer — gifts that carried him to a NFL MVP award in 2019. Despite this, even his calling card, his rushing game, has been thoroughly trounced by Allen from a production standpoint this season.

And as Broussard said, neither the Bills nor the Ravens (both are 8–6 overall) are having freefalls of seasons. Both are squarely in the playoff hunt, and it’s Buffalo that would nab the AFC’s final seed on tiebreakers if the season ended today.

But it could easily be argued that the Bills — with a poor offensive line and no consistent help in the run game — are in this spot to begin with because of Allen. It’s much harder to make that argument for Jackson, who has regressed after leading Baltimore to a 5–1 start and seen his backup, Tyler Huntley, put up great performances in relief, such as his four total touchdowns in a narrow 31–30 loss to the Green Bay Packers this past week.

So, is the wrong man in the Pro Bowl? Being the judge of that is hard when a fan favorite gets trumped by the players’ and coaches’ weight in the votes.