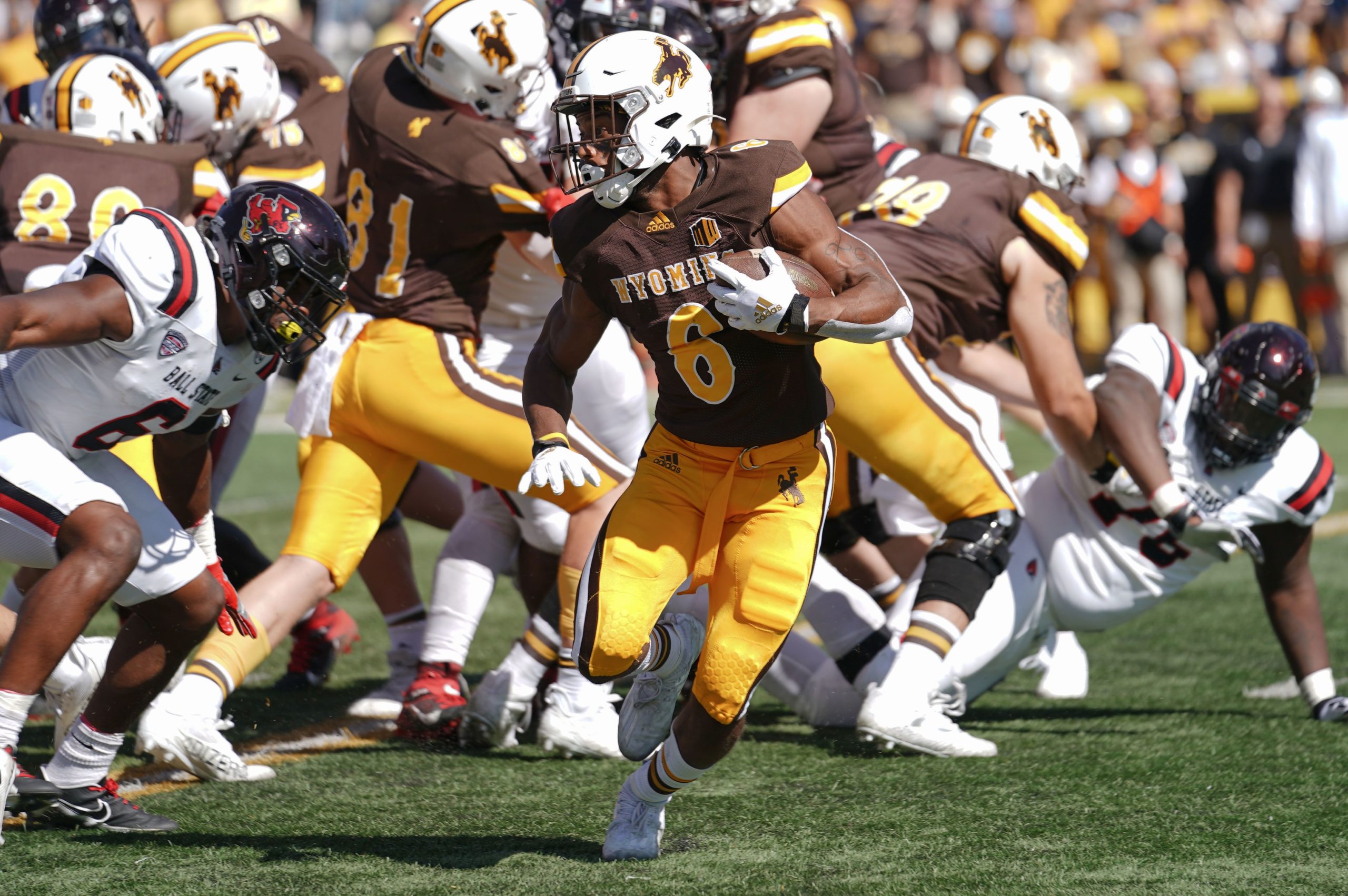 Wyoming running back Xazavian Valladay attempts to evade the tackle of a Ball State player during a football game in Wyoming this season. Valladay, the second-leading rusher in UW history, entered the transfer portal Monday, making him one of 10 UW players currently seeking a new program for next season. (Wyoming Athletics)

When Wyoming football’s season ended last week following a win over Kent State in the Famous Idaho Potato Bowl, a bit of roster turnover was to be expected as the offseason began.

Perhaps what hasn’t been expected, however, are the names that have departed from the program.

Running back Xazavian Valladay, the second-leading rusher in UW history, entered the transfer portal Monday, making him the 10th different player to leave Laramie since the regular season came to a close. Valladay, only behind Brian Hill all-time on the school rushing charts, is a graduate transfer and will have one season of eligibility remaining.

Valladay joins both starting quarterbacks (Levi Williams and Sean Chambers), the leading receiver (Isaiah Neyor), both starting cornerbacks (C.J. Coldon and Azizi Hearn), a starting safety (Rome Weber) and the starting nickelback (Keyon Blankenbaker) from last season as notable Pokes that entered the portal. Defensive end Victor Jones and free safety Cam Murray round out the 10 that have left the program as of Tuesday morning.

Until a commitment elsewhere is official, all players in the portal can opt to return to their prior schools. However, entering the portal in the first place signals a clear intention to leave, so returns aren’t common.

Valladay was a workhorse in the Cowboys’ backfield for four seasons, getting his best numbers during his sophomore year in 2019-20 where he had a career-best 1,265 yards and six touchdowns on the ground. He finished his time in Laramie with 3,274 yards and 19 touchdowns rushing to go along with 51 catches for 584 yards and two touchdowns receiving.

The 6-footer from Illinois broke the 1,000-yard barrier again this past season, running for 1,063 yards and six touchdowns on 209 carries. Junior Titus Swen, who ran for 785 yards and seven touchdowns as a complement back to Valladay, will likely take on the bulk of the carries in 2022-23 as the next proven rusher.