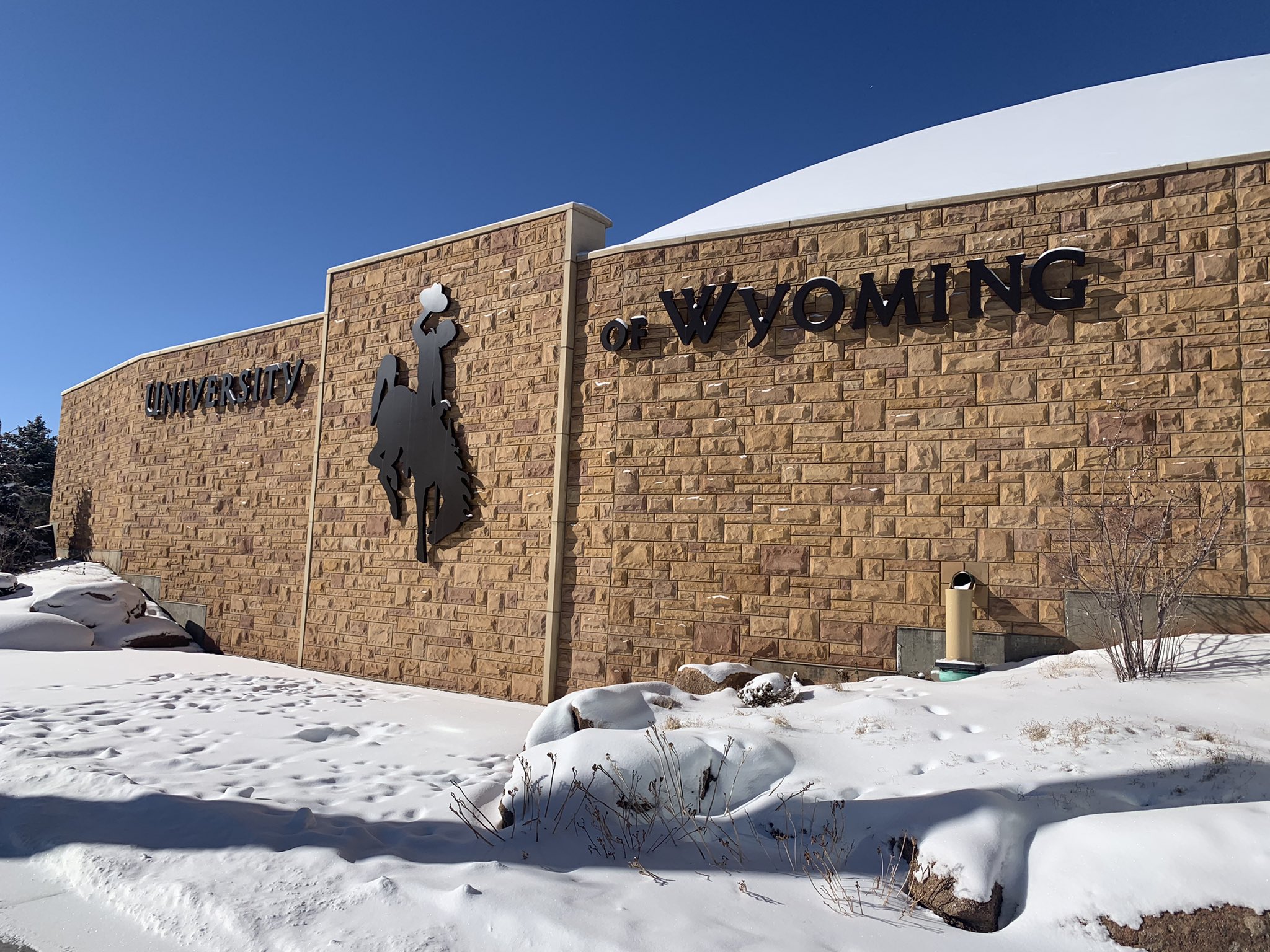 A photo Jan. 1 of the outside of Arena-Auditorium on the University of Wyoming campus in Laramie. (Briar Napier/Oil City News)

When the Wyoming men’s basketball’s scheduled game against Boise State was postponed less than an hour before tipoff Saturday at Arena-Auditorium in Laramie, COVID-19 concerns in the Broncos’ program were to blame.

For the postponement of Tuesday’s scheduled game at Nevada, it’s the Cowboys who have the virus concerns.

UW announced Sunday that COVID-19-related concerns in the Pokes’ program led to their scheduled game against the Wolfpack this week to be shelved for another date. Per Mountain West Conference guidelines, if the game cannot be rescheduled, it will be declared a no contest.

About 20 minutes before Wyoming’s scheduled tipoff time against Boise State of 2 p.m. Saturday, an announcement came over the Arena-Auditorium intercom system that the game would be postponed. The Broncos didn’t have the required seven active players plus a coach to play, per MWC protocols.

Wyoming’s next scheduled game is Saturday at Fresno State, but it too has dealt with virus issues. The Bulldogs are currently on pause and have had to postpone league games against Air Force and San Diego State recently.

The Cowboys are currently 11–2 overall and are still awaiting their first game in MWC play. Their last game was a 77–57 win over South Florida on Christmas Day at the Diamond Head Classic in Hawaii.