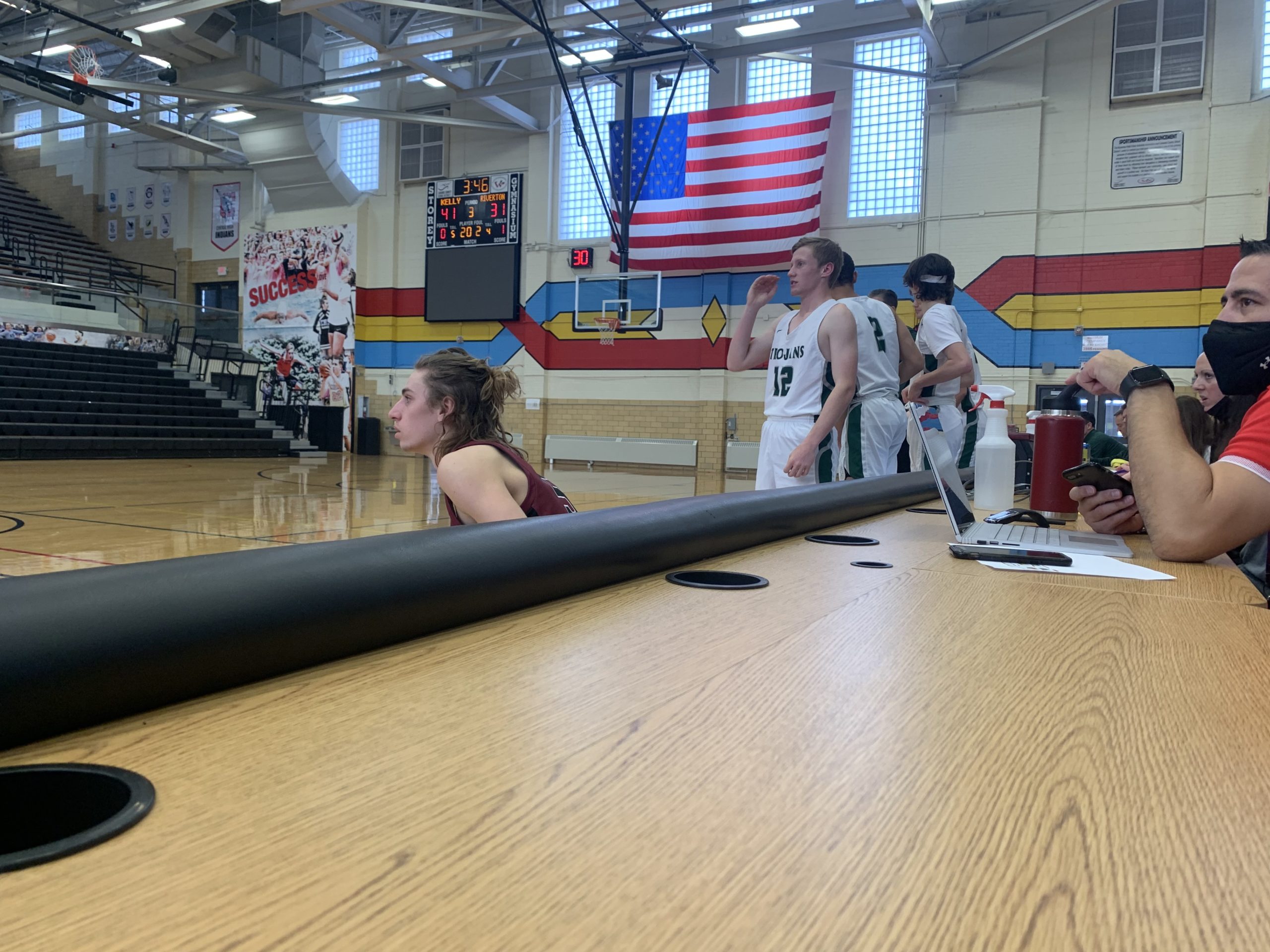 CHEYENNE, Wyo. — By the time the Kelly Walsh boys basketball’s 2020-21 season ended, the Trojans were sitting at three wins with 10 losses in their final 11 games.

At a dazzling 7–0 start to this season, much of the bad vibes throughout last season are clearly out of the Trojans’ heads.

Kelly Walsh looked calm and composed in a 62–51 win over Riverton (3–4) in its Taco John’s Invite opener Friday afternoon at Storey Gym in Cheyenne, leading wire-to-wire after getting on a 12–1 run to start the game and never looking back.

It’s an even better start to the year than when Kelly Walsh won its last Class 4A state championship in 2018-19 — when it started 7–1 — and something much more like the program the Trojans have built themselves to be over the decades, such as when they made seven straight state semifinals from 2013 to 2019.

And in talking to personnel from the program, it’s clear they feel like themselves again, too.

“The kids have been really good,” Kelly Walsh coach Randy Roden said about his team’s unbeaten beginning to the year. “They’ve been unselfish, they’ve done everything we’ve asked. … Last year, quite honestly, we were playing a system where they didn’t get a chance to play a long enough time to get into a rhythm, which is on me.”

So, what’s been the Trojans’ plan of attack this year, then? Find good looks and bury them.

It was clear from the get-go that Kelly Walsh was going to make its living from the 3-point line, but 14 triples — the total it hit against the Wolverines — is a lot even by the Trojans’ hefty standards. However, almost none of the shots felt forced; Kelly Walsh took what the Riverton defense gave it and capitalized, throwing in some great ball movement for good measure.

Senior guard Tyler Pacheco led the Trojans with 14 points, with seniors Caden Allaire and Gunnar Browning finishing with 13, but it was likely Allaire’s ability to stretch the floor at 6-foot-4 that really threw the Wolverines off-kilter, especially early on. He hit two of the Trojans’ triples, both of which came in the first half.

“It’s really good with everyone just looking out for each other, because obviously it gives us better shots,” Allaire said. “Passing up a good shot for a great shot makes a huge difference. I mean, obviously we’re shooting way better than last year. It’s just the unselfishness.”

Getting the job done in the team’s first game inside a mostly-sleepy Storey Gym — especially after an over two-hour drive from Casper to Cheyenne — was exactly the start Roden wanted to see as Kelly Walsh gets three games in two days.

But with another matchup against Windsor (Colorado) on Friday night, followed by a tussle with a 3A title threat in Douglas on Saturday, means that keeping the undefeated streak alive isn’t going to come easy.

“We needed to play; we’ve been practicing and we’ve been off a couple of weeks [for games],” Roden said. “So it was nice to get in the gym and get a game in against a quality opponent. … It only gets tougher from here.”