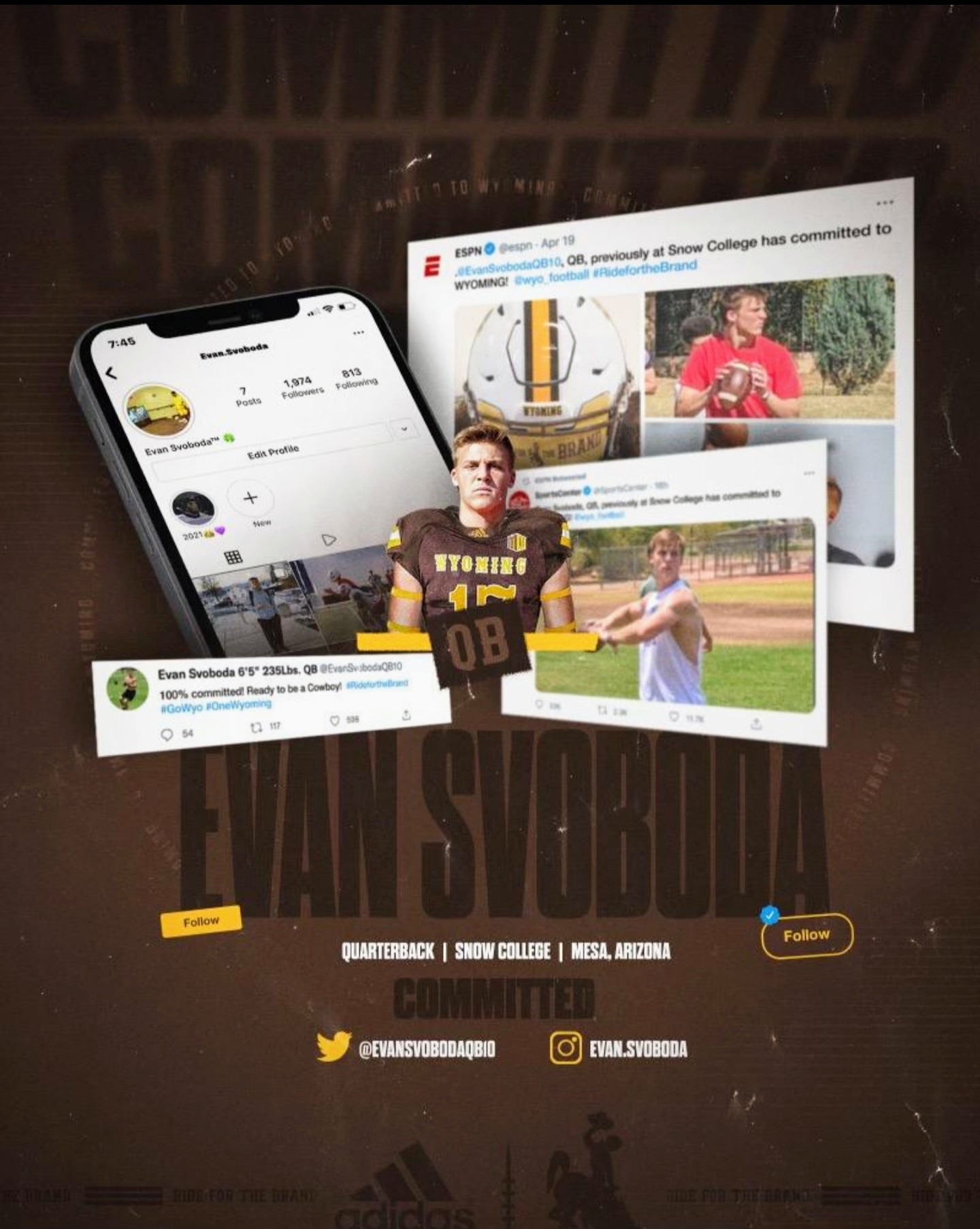 Wyoming football coach Craig Bohl, just days after a win in the Famous Idaho Potato Bowl and both his starting quarterbacks from the past season entered the transfer portal, went an unusual route to find a new solution under center.

On Wyoming football’s Twitter account Christmas Eve, Bohl wrote in a statement — perhaps not coincidentally in a graphic with former UW signal-caller and Buffalo Bills star Josh Allen — that the Cowboys were basically starting a job search for their new quarterback.

After a few weeks of looking, Bohl might have just found one.

Svoboda, a lightly-recruited prospect out of high school in Arizona, will be in the thick of a starting quarterback battle next season with incoming true freshman Caden Becker, redshirt freshman Gavin Beerup and Utah transfer Jayden Clemons.

Svoboda was 87-for-156 passing for 1,286 yards with 13 touchdowns during a pandemic-shorted senior season at Red Mountain High in Mesa, Arizona. He completed just 6 of 12 passes for 28 yards with no touchdowns and an interception during a four-appearance freshman season at Snow College.

Svoboda had several FCS offers out of high school and interest from UW, where he planned to attend as a preferred walk-on. However, the pandemic changed plans and he opted to spend a year in junior college instead, per reporting from the Casper Star-Tribune.

Sean Chambers and Levi Williams, the Cowboys’ two starting quarterbacks in 2021, both entered the transfer portal following Wyoming’s bowl win to transfer to Montana State and Utah State, respectively. Beerup is the only quarterback on the roster with experience throwing the football at UW, going 2-of-13 passing for 37 yards and two interceptions in 2020.

Svoboda is the second transfer to commit to Wyoming this offseason after Michigan State transfer linebacker Cole DeMarzo committed to the Pokes over the weekend.